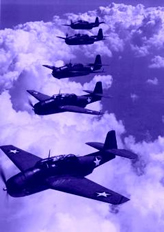 Radio transmissions indicated the Avengers simply got lost, ran out of fuel, and crashed into the ocean.Charles Berlitz, who just died, was known as one of the world’s top linguists and grandson of the founder of the Berlitz language schools. Yet his true claim to fame was as author of "truth is stranger than fiction" books that were actually just plain fiction. Among his vast repertoire: "The Mystery of Atlantis" (1969), "The Bermuda Triangle" (1974), "The Philadelphia Experiment: Project Invisibility" (co-authored in 1979), and "The Roswell Incident" (1990), and a 1982 book prophesizing the end of the world called "Doomsday 1999." Oops.

A Time magazine reviewer summarized all of Berlitz’s paranormal works in describing one, saying it "takes off from established facts, then proceeds to lace its theses with a hodgepodge of half-truths, unsubstantiated reports and unsubstantial science."

Berlitz didn’t invent any of the legends he wrote of. He simply embellished and popularized them. Consider two: The Bermuda Triangle and the Philadelphia experiment.

Berlitz sold over 14 million copies of "The Bermuda Triangle," making it the worldwide best-selling "non-fiction" book of its time. It described seemingly inexplicable disappearances of planes and ships in a part of the Atlantic Ocean between Bermuda, Puerto Rico and the southern tip of Florida and invoked as possible explanations "time warps," "other worlds" and "the watchers."

In fact, the Bermuda Triangle is far less mysterious than how Anna Nicole Smith got her own TV show. It’s a heavily trafficked area, prone to bad weather (hurricane alley, no less) and like only a few other spots in the world has a tendency to throw off magnetic compasses that until GPS systems arrived were critical to navigation.

Consider the tale that kicked off the Bermuda Triangle legend, the disappearance of five TBM two-man Navy Avenger torpedo bombers and a rescue plane sent after them. Twenty-seven men vanished without a trace for no apparent reason. 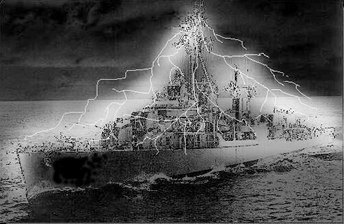 All of the Avenger crewmen were inexperienced trainees except for flight leader Lt. Charles Taylor. Taylor was flying by sight, using the Florida Keys as his focal point. But a storm appeared and visibility fell so that Taylor became completely disoriented. He thought he was sending his planes towards land but instead sent them further out to sea where they crashed and sank.

A Martin Mariner rescue seaplane was then dispatched to search for them. It also disappeared

And the Philadelphia experiment? According to lore, on Oct. 28, 1943, scientists attempted to "cloak" the destroyer escort U.S.S. Eldridge, rendering it invisible to both radar and sonar. It was docked in Philadelphia Harbor, Pa.

But, as Berlitz and others later wrote, something went horribly wrong.

The ship disappeared entirely, only to re-materialize a day later in Norfolk, Va. The sudden appearance was witnessed by crew members of the civilian merchant ship S.S. Andrew Furuseth. The Eldridge then disappeared from Norfolk just as mysteriously as it had arrived, and reappeared in Philadelphia Harbor. 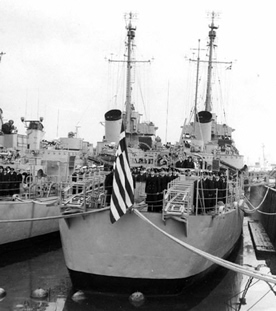 . . . and the rather duller Eldridge of reality.

Many of the sailors were violently ill, and about half had vanished forever. Most horrifyingly, five men were fused to the ship itself. Or so the tale goes. Actually the closest the ship got to Philadelphia in 1943 was when a sailor spread cream cheese on a bagel. The Eldridge’s deck log and war diary, kept in the Naval Archives, show that in mid-October it joined a convoy in New York harbor. Thence it sailed to Casablanca. It returned to New York in December and only then went on to Norfolk.

As for the Furuseth, its movement report cards show it left Norfolk with a convoy three days before the alleged incident.

But what’s so bad about all this Berlitz baloney? Isn’t it just harmless fun? No.

Our culture has become far too cavalier about something called "truth." Too many of us embrace any fantastic story that brings excitement into our humdrum lives. When authorities dismiss the stories as the nonsense they obviously are, the tales become all the more exciting because now they’re conspiracies and cover-ups.

We must draw bright lines between science fiction and science fact, between that which may yet prove to be true and that already proved false. Bad science drives out good. It causes unnecessary deaths from disease, lawsuits that destroy businesses and harm consumers, and needless fear and angst for parents and others.

Whether it’s a Brockovich or a Berlitz, we all suffer when we are sold faulty scientific goods.