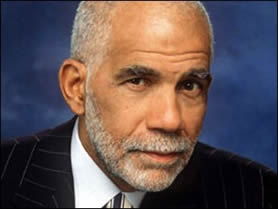 Ed Bradley is packed with adult stem cells. He’s also full of something else....

A year ago I wrote an article titled: "Why the Media Miss the Stem Cell Story." It discussed the almost total disregard of adult stem cells (ASCs) and the glorification of "miraculous" human embryonic stem cells (ESCs) – notwithstanding that the adult ones treat over 80 human diseases while embryonics haven’t even made it to human testing.

For a wonderful example of this triumph of hype and politics over reality, look no further than two CBS News 60 Minutes segments that aired towards the end of February. One was "Scientist Hopes for Stem Cell Success" hosted by Ed Bradley (who also hosted the 1989 show that began the Alar "poison apple" scare). The other was a "Surplus of Embryos" hosted by Leslie Stahl. Both presented ESCs as potentially curing every disease known; both omitted any reference to ASCs.

Bradley, in his opening words, informed viewers that ESCs comprise "a field that shows enormous promise, but has been restricted by a ban on federal funding for research because it involves the destruction of human embryos."

Sorry Mr. Ed, but there is no ban on federal funding for ESC research, as even your colleague Stahl pointed out a week before. The ban covers only cell lines developed after August 2001. Further, if ESC research were so "enormously promising," why is progress so agonizingly slow?

Apologists say it’s because the first human line of ESCs wasn’t established until 1998. What they don’t say is that this is because, while ESCs were discovered in the 1950s at the same time as ASCs, ESCs are so terribly complicated to work with it that took almost half a century to establish that line. Further, they remain terribly hard to work with.

That’s why despite all the cures and treatments we have with ASCs and the nearly 1000 clinical trials currently using them, there have been no ESC clinical trials. Nor will there be until, ESC researchers work out "minor" difficulties with their alleged miracle workers.

For one, they tend to be rejected by the recipient. ASCs are rarely rejected and naturally are never so when culled from the recipient himself. ESCs also have a nasty tendency to form cancerous teratomas ("monster tumors") in recipients.

Until these problems are solved, ESCs are going nowhere fast. Yet neither Bradley nor Stahl mentioned them.

Instead, Bradley focused on an experiment in which ESCs allowed paralyzed rats to walk again. Forget that scientists using ASCs had the same success almost a decade ago, or that recently South Korean scientists used ASCs to enable a paraplegic woman (not a female rat) to walk again.

Stahl told viewers, "The reason embryonic stem cells are so prized is because they have the unique ability to grow into all different kinds of cells in the body, like kidney cells, brain cells and even heart cells." 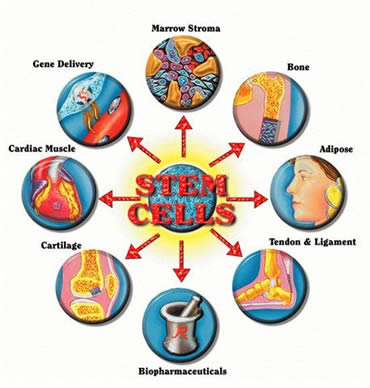 Adult stem cells have been curing diseases for about half a century now and appear to match the claims of embryonic stem cell backers of having the potential to become any type of mature cell in the body.

Less than a minute on the online medical journal database PubMed would have told Stahl she was wrong about all three of these. Regarding kidneys, she’d find observations like this from last June’s issue of Nephrology: "There has been considerable focus on the ability of bone marrow-derived cells to differentiate into [other types of] cells of various tissue lineages, including cells of the kidney."

Since 2002 it’s been known that stem cells repair damaged human brains. These stem cells can be plucked from the brain itself, but also a much more easily accessed source – bone marrow. Repaired cells include both neurons and glial cells.

As to fixing broken hearts, that’s old hat with adult stem cells. Marrow cells are now easily and painlessly extracted from the blood, cultivated, and injected back into the bloodstream where they zero in on the damage and repair it. They also grow new blood vessels, bypassing the need for heart bypass surgery.

CBS either knew or should have known about all of these developments, yet it mentioned none. Like most of the media, it remains obsessed with promoting a will o’ the wisp science while ignoring an alternative that’s been saving lives for decades and also avoids ethical concerns.

The network needs to have somebody in charge who can restore a higher level of honesty. You know, like Dan Rather.