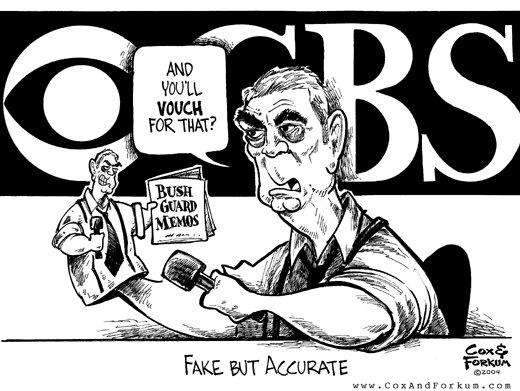 We have absolutely no way of knowing if CBS fairly gathered its data. It’s saying "Trust us!"

There’s "startling" and "stunning" news of a "hidden epidemic" of veteran suicides. So claimed CBS News in tworeports last week.

Most of the airtime went for heart-rending interviews with wives of vets who had killed themselves. But CBS also provided statistics that it said showed that "veterans were more than twice as likely to commit suicide in 2005 than non-vets."

Problem is, we have absolutely no way of verifying the CBS data nor how the network claims it collected the info. CBS News admits to collecting the data itself, rather than relying on an independent outside party. It also concedes its rate is "much higher" than that in an uncompleted Department of Veterans Affairs study.

So somebody isn’t telling the truth. And the evidence is overwhelming that it’s CBS.

One hint of an agenda is the two "veterans’ activists" CBS interviewed for the segments –hardly disinterested parties. One is also very much an antiwar activist, a fact that CBS failed to disclose. In all, the networks stacked three commentators hyping its claims against one (from the VA) questioning them.

But the most devastating evidence of the network’s nefariousness lies in outside studies, both individually and combined. For example, CBS put special emphasis on vets of the current wars.

"One age group stood out," it said: "veterans age 20 through 24, those who have served during the War on Terror. They had the highest suicide rate among all veterans, estimated between two and four times higher than civilians the same age."

Which looks very strange next to the data on active-duty soldiers in the War on Terror. Last month, the Army released a report finding that the suicide rate among these GIs in 2006 was 17.3 per 100,000 troops — rather lower than CBS’s rate for veterans. Why would soldiers who were recently on active duty be killing themselves at a much higher rate than those still serving?

More important still, the Army study corrected for some key demographic facts — notably, that the military is largely male and that men are much likelier to commit suicide than women are. Among civilians who match the overall age, gender and race profile of the U.S. Army, the suicide rate was 19 per 100,000 — higher than for the troops.

So, even if CBS’s numbers for younger vets’ suicides hold up, the rate isn’t twice the relevant civilian one — let alone the "two to four times higher" that CBS claimed.

Another problem shows up when you look at the repeated studies of the 700,000 or so vets of first Gulf War — which have found no increased suicide rate. The same is true of a massive 2004 study of Vietnam vets.

That is, a solid body of work shows no "extra" suicides among vets of the only previous two major U.S. wars of the last half-century – yet CBS claims a massive increase among vets generally. For the networks’ numbers to hold up, there’d have to be a vast jump in suicides among vets who never saw combat.

And since suicide rates among ’Nam and Gulf vets match those of the general population, CBS’s numbers translate to higher suicide rates for peacetime vets than for wartime ones.

Which contradicts a powerful implication of the CBS presentation — namely, that posttraumatic stress disorder (PTSD) is a major cause of these suicides. (That’s what those interviews with the wives helped show.) 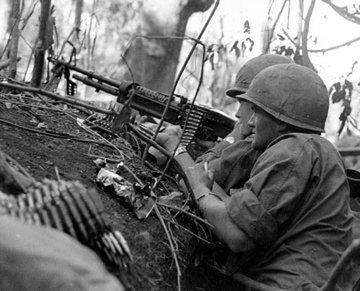 Vietnam veterans don’t have a higher suicide rate, why should veterans generally — most of whom were never in a war.

Now, PTSD is quite real; I suffered it after my trial by fire in two fights and the wrong end of a nasty ambush in Ramadi, Iraq, all within two days. But multiple research groups have found that PTSD is way down the list of factors that drive both veteran and active-duty suicides.

In fact, a huge VA study of more than 800,000 subjects (released just weeks ago) compared suicide rates of depressed veterans with or without a PTSD diagnosis. It found a suicide rate of 68.16 per 100,000 person years for those with PTSD versus a rate of 90.66 for those without PTSD. (The researchers theorized that this was because PTSD sufferers are likelier to get treatment, including psychotherapy.)

As for long-term effects of experiencing combat, a 1998 study of Vietnam vets concluded: "The traumatic experience of combat makes only a small contribution to the report of current physical health problems."

Ultimately, there’s no credible evidence of any increased suicide rate for vets or evidence that PTSD is anything but a minor factor in the suicides that do occur. (And if you don’t believe that, CBS has some documents on President Bush’s National Guard service they’d like to sell you . . . )

Of course, suicide is always a tragedy; whatever the rate among veterans, it would be good to reduce it. But success will require an agenda that puts the well-being of these heroes above crass media sensationalism and political causes.