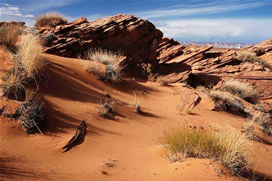 AIDS was supposed to turn Africa into a desert by 1990. Instead, its population has blossomed by over a third.

The UN AIDS program has issued its annual report in which, finally, it doesn’t say how many more current HIV infections there are this year. Instead it drops the figure by over six million from its 2006 estimate — from 39.5 million to 33.2 million. Further, the agency now admits the number of new HIV infections per year peaked way back around 1998.

For years, some of us have dared write that worldwide HIV and AIDS figures have been grossly exaggerated; that we were being lied to by just about everybody, including — or especially — the UN AIDS program and the World Health Organization.

For example, pious Peter Piot, executive director of the UN AIDS program since its founding in the mid-1990s, bemoaned that "Projections NOW suggest that some countries in sub-Saharan African will face economic collapse unless they bring their epidemics under control." (Emphasis added.) Obviously he knew whereof he spoke; he’d been using those exact words for at least five years.

Just last year, former President Bill Clinton told attendees at the International AIDS Conference: ”It’s difficult to imagine how the world can grow unless we tackle AIDS. ” Never mind that world population growth is fastest in areas hardest hit by AIDS. In 1988, a high Ugandan official on ABC News Nightline said that within two years his nation will "be a desert." Nightline’s reporter declared that by 2000 "50 million Africans may have died of AIDS." Yet Uganda’s population has since increased by over a third and is among the fastest-growing in the world. As to the 50 million death figure, seven years after that prediction was to come to fruition, the worldwide AIDS estimate is just over half that.

Those who have criticized such gross exaggerations, as I did in my 1990 book The Myth of Heterosexual AIDS, were labeled liars ourselves, whackos, racists, and variety of other colorful epithets. Perhaps this is an occasion to gloat, but personally I’m too busy shaking my head and wondering how despite our best efforts the AIDS alarmists were able to sustain their fiction for so long. Naturally, those alarmists are now a bit defensive.

"A number of critics have accused the UNAIDS and WHO of distorting figures in the past to push for increased funding to fight AIDS," says a press release from the International AIDS Society in Geneva. Do tell!

The group, which has been bringing you only the finest AIDS disinformation since 1988, says, ”This seems an unnecessary and petty position. The fact is, the evolution of HIV prevention, treatment, and care over the past quarter century is one of the great successes of medical science."

Ah! Save for the efforts of groups like theirs, their awful predictions would have come true. That echoes the explanation U.S. AIDS alarmists give about why their beloved heterosexual AIDS epidemic never arrived, notwithstanding that they were insistent for years that it already had arrived. 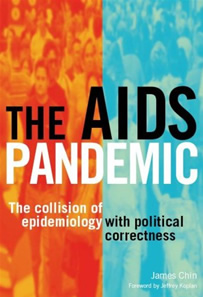 Likewise, the new lowered estimate for worldwide HIV has nothing to do with ”prevention, treatment, care. ” Infections said to already have occurred never existed.

For its data, UNAIDS relied heavily on ”sentinel-site surveillance ” at prenatal clinics. This system was described and faulted six years ago in Rolling Stone magazine. ”If a given number of pregnant women are HIV-positive, the formula says, then a certain percentage of all adults and children are presumed to be infected, too. ” Such an extrapolation from a small non-representative portion of the population to literally the whole world is nonsense.

And UNAIDS knew it because it had been told by a number of careful, knowledgeable scientists such as Berkeley epidemiologist Dr. James Chin.

Chin, when he worked for the UN, was responsible for some of the earliest world AIDS forecasts. Later he watched how politics — not a virus — made those figures zoom into the stratosphere.

Three years ago, Chin told me "They [the UN] don’t falsify per se" but "as an epidemiologist I look at these numbers and how they’re derived. Every step of the way there is a range and you can choose the low end or the high end. Almost consistently the high end was chosen."

And guess what? Chin, author of [The AIDS Pandemic: The Collision of Epidemiology with Political Correctness](http://books.google.com/books?id=TGRISAaxYhYC&dq=%22james+chin%22+political+correctness&pg=PP1&ots=bsmCGmnCYy&sig=SEd2cBfzyNlpjqmdfsjMTDoud6I&prev=http://www.google.com/search%3Fq%3D%2522james%2Bchin%2522%2Bpolitical%2Bcorrectness%26sourceid%3Dnavclient-ff%26ie%3DUTF-8%26rlz%3D1B3GGGLenUS227US228&sa=X&oi=print&ct=title&cad=one-book-with-thumbnail#PPR3,M1), _still thinks the numbers are too high by about eight million.

So at some point the authorities will be forced to lower the figures again. But they’ll hold off as long as possible in order to continue to bring more attention to this problem at the expense of shortchanging attention and funding to other problems that are much more readily preventable, treatable, or both — such as tuberculosis and malaria.

The epidemic of falsehoods coming from official organizations, NGOs, politicians, and the media has yet to peak.