"Repent of all your wicked AIDS statistics!"

I don’t often get letters from the Inquisition demanding that I recant my heresies, so I was rather bemused by a recent email that practically crackled with flames.

Identifying himself as a third-year medical student and a prominent member of the American Medical Student Association, the writer, whom we’ll call "Torquemada" after Tomàs de Torquemada, First Grand Inquisitor of Spain, said the AIDS articles on my website "appalled" him. "Not only is your information and citations [sic] over a decade outdated [sic] but the information that you are taughting as the ’truth’ is more than misleading; it is...detrimental to health care prevention." (Taughting?)

"For the sake of the health of your ’followers,’" he declared, "I deplore [he means implore] you to either reconsider your statements regarding HIV/AIDS and update them to this century, or simply remove them from your website altogether since I hope it is clear to you now that the ’epidemic’ of HIV/AIDS is returning with new infections steadily on the rise with the decrease in prevention funding thanks to our current administration."

Look Torquemada, I wish I had groupies but I don’t. And what’s clear is that just as Ronald Reagan didn’t cause the AIDS epidemic, as many activists claimed, neither is Pres. Bush responsible for a relapse.

Herewith the most recent data as posted on the website of the Centers for Disease Control and Prevention. It confirms what I’ve written about concerning the disease not just for the past ten years, but since 1987.

For 2002, the last year for which data are available, AIDS cases increased by a total of 909 from the year before with about 42,000 in 2002. By coincidence, that’s almost exactly the increase in the number of male homosexual cases. So much for the never-ending prediction that AIDS will still "break out into the general population."

Overall, yearly cases have fluctuated only slightly since 1998. Cases peaked a full decade ago at about 80,000.

Pediatric AIDS cases are less than a tenth of what they once were. I think that’s great; but AIDS activists have never been keen on good news. And after all, it was always the deaths of babies and children like Ryan White that got the most attention and brought the big bucks to AIDS programs.

Torquemada couldn’t show that infections are increasing, since there are no national infection data. Nor is there any proof that money spent on prevention actually reduces new infections, especially taxpayer-funded programs like the "Great Sex Workshop."

As the program advertises, "Get ready for some fun interactive intimacy games to help you keep sex safe and hot! Then, share your techniques for finding Mr. Right in this man-eat-man world." It has a five-year, $5.5 million budget.

In any case, it’s hard to believe there are still homosexuals in this country who don’t already know exactly how HIV is spread and what activities are most dangerous. 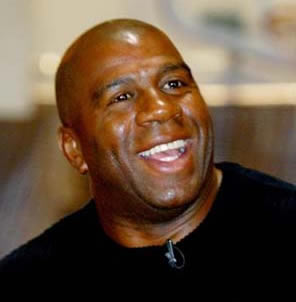 If HIV infections among homosexual men are going up, blame it on Magic Johnson being so darned healthy.

Ironically, if risky behavior among male homosexuals is increasing, as it appears to be in certain cities, it would be because of what’s known as "The Magic Johnson Factor." As AIDS becomes more of a manageable disease and less of a death sentence, as evidenced by Magic looking no worse for the wear after more than a decade of infection, homosexual men are increasingly willing to have risky sex.

AIDS itself continues to be the same discriminatory, politically incorrect disease it’s always been.

Homosexual males and intravenous drug abusers remain grossly overrepresented at 69 percent of all cases in 2002. Black and Hispanic cases combined outnumbered those in whites by 2.5 to one, even though whites in this country outnumber them by three to one.

In the category of those who claim to have gotten AIDS through heterosexual transmission, black and Hispanic cases outnumber white ones by over five to one. This is what I predicted in my 1990 book, The Myth of Heterosexual AIDS, when I warned that putting all the emphasis on white middle-class heterosexuals stole resources from those truly at risk, leaving them not at the back of the bus but rather "the back of a hearse."

As it happens, Torquemada later conceded he didn’t even know the CDC kept such statistics. He knew only the dictates of political correctness, even as he wrote "I do NOT wish to make a medical issue a political one."

Sure, Torquie ol’ boy. Now get that torch away from the sticks bundled around me before somebody gets hurt.