AIDS doomsayers have fallen on hard times. Just six years ago, the nation’s top health official, Health and Human Services Secretary Donna Shalala, declared that after the epidemic there might not be "any Americans left." In fact, AIDS cases decreased from approximately 60,000 in 1997 to about 48,000 in 1998, according to the Centers for Disease Control and Prevention in Atlanta (CDC), a 20 percent drop. That number is 42 percent below the 1995 peak of approximately 68,000. AIDS-related deaths plummeted from about 50,000 in both 1994 and 1995 to only 20,000 in 1998. Five years ago, AIDS was the eighth greatest killer of Americans; now, it no longer makes the top fifteen list.

But to paraphrase the newspaper editor in The Man Who Shot Liberty Valance, when the truth conflicts with the legend, AIDS activists brazenly print the legend. In September 1999, for example, Health Care Manager reported on the "dynamic growth in reported AIDS cases of heterosexual transmission." Its source? An obscure publication dated 1992. (Actually, new heterosexual-transmission cases have been steadily dropping.)

That same month, Clinton administration AIDS "Czar" (Czarina?) Sandra Thurman declared, "We’re at the beginning of an epidemic, not the end of an epidemic, with no vaccine, no cure." There are few diseases for which we have vaccines, and many for which there is no cure, but this has nothing to do with their epidemic status.

For the most part, the alarmists have simply moved from citing solid data to using estimates and from using U.S. figures to citing worldwide ones, all of which are estimates. According to a CDC study cited last August in the New York Times, "The rate of infection with the AIDS virus in the United States is no longer declining." Yet CDC infection rates have never been anything but guesses. For the last several years, the agency has held to a nice round, unsubstantiated guess of 40,000 per year. 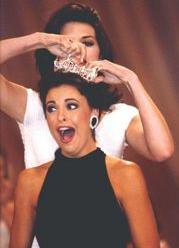 Another example: Kate Shindle, Miss America 1998 and an AIDS crusader, "notes that two American teens contract HIV each hour and generally demonstrates her mastery of AIDS statistics and jargon," says USA Today. "Notes" implies that her assertion is a fact. Shindle gave the same figure during a CNN interview. Asked if the number were national or worldwide, she replied that, um, she wasn’t sure, but "the statistic that I heard is two American teenagers every hour, ages thirteen to twenty-one."

Unfortunately, she has no solid data on infections overall nor on specific groups such as teenagers, including the nonexistent twenty- and twenty-one-year-old ones. (And the media lionize her as a beauty queen with a brain!) The hard data are that teen AIDS cases are declining; in 1998 there were all of 297.

What of all the talk about the growing world AIDS problem? Here too we’ve seen a conscious shift from hard data to soft and from actual cases to estimates of cases or, shakier still, estimates of infections. Warning against complacency, a November 1999 Washington Post editorial began, "Many Americans have a sense that AIDS has been defeated, or at least fought to a draw." It later adds, "One statistic should be enough to undo that impression: This year 5.6 million people will be newly infected with HIV, the virus that inevitably leads to the fatal disease." Not until a couple of paragraphs later, reading between the lines, do we find that the figure is for all cases worldwide. Moreover, we are never told that the number is only an estimate.

Invoking a dubious worldwide pandemic to postulate a U.S. epidemic makes as much sense as asserting that Americans must not be suffering an obesity problem because many Sudanese teeter on the edge of starvation. It’s a pathetic attempt at misdirection, but media outlets willfully pass it along as if it were fact

It’s not that the Post didn’t do its homework. Its dogma ate it.