I have frequently written on the gulf between the "PROMISE" of embryonic stem cells (ESCs) and the REALITY of therapy from adult stem cells (ASCs) – those already in our bodies and umbilical cord blood. ESCs get publicity; ASCs get results. The latest example: ASCs are now rebuilding human livers.

Until now, the only hope for persons with irreversible liver failure from such diseases as cirrhosis, which kills about 27,000 Americans yearly, was transplantation. This requires permanent use of immunosuppressive drugs which can lead to opportunistic infections and cancer. Most importantly, it requires a new liver. About a thousand Americans are now on a waiting list for one and many will die there.

But scientists from London’s Imperial College report in The New Scientist that they have repaired patients’ own damaged livers by using bone marrow adult stem cells painlessly collected from their own blood. Five were injected with a drug that stimulated their marrow to produce extra stem cells that were then injected into a blood vessel leading directly to the liver.

It worked. Both liver function and overall health of three out of five treated patients improved significantly within only two months of treatment. The two patients whose health did not improve were left no worse off.

The researchers said the marrow stem cells appeared to simply home in on damaged portions of the liver and affect repairs, just as ASCs previously have been shown to do with other organs thought unable to repair themselves such as hearts and brains.

Most recently, Korean researchers injected umbilical cord stem cells into the injured part of a paraplegic’s spine, allowing her to walk again. In the September Cytotherapy, they described how Hwang-Mi Soon, paralyzed 19 years ago in an accident, first recovered feeling and then movement in her legs. Soon the 37-year-old woman could maintain an upright position.

At a press conference she demonstrated she could take steps with the help of a walking frame. Tests revealed clear "regeneration of the spinal cord at the injured site" and below it.

Other ASC researchers have claimed progress with paraplegics, but haven’t yet published their findings in peer-reviewed publications. The rebuilding of human liver tissue was first observed over five years ago in autopsies of persons who had received bone marrow transplants for other reasons. Notwithstanding this, Science Magazine, an ESC research booster, later published a paper by Stanford University pathologist Irving Weissman insisting that in a rodent study an infusion of marrow stem cells "did not contribute appreciably to [such tissues] as brain, kidney, gut, liver, and muscle." Nobody noted that Weissman is probably the nation’s most prominent ASC research critic. 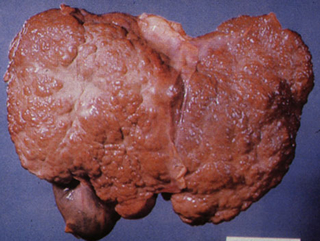 Weissman smugly presented this single animal study as absolutely authoritative and the media bought it, leading to such headlines as UPI’s "Promise of Adult Stem Cells Put in Doubt" and Scientific American’s "Study Deals Blow to Abilities of Adult Stem Cells." I was the only writer to point out that a previous rodent study showed these cells did indeed rebuild livers and that one of the co-authors was (Oh, my!) Irving Weissman.

But as ASC miracles continue to pour down like manna from heaven, the media are finally catching on to ESC advocates who promise cures for every illness known and yet haven’t even progressed to human clinical trials, right? And they’re finally realizing that "little things" like ASCs rebuilding livers, spines, hearts, and brains are of interest to their readers, right?

It’s still true that, as I wrote two years ago, "When an ESC hiccups it makes page one, but reports of ASCs actually saving human lives are often ignored." A search of the Lexis-Nexis database reveals that the incredible liver breakthrough was picked up by two lesser British newspapers and UPI. BBC.com also mentioned it. That’s it. No U.S. newspaper seems to have mentioned it.

Lexis-Nexis also indicates no English-language publication thought that such an incredible breakthrough as allowing a paraplegic to walk again was newsworthy – at least not if it involved the politically incorrect kind of stem cell.

Therapeutic progress with adult stem cells will continue to come fast and furious. Just when the public will be allowed to hear about it is another thing entirely.