Larry "Nativo" Lopez: Savior of those Who Don't Want Saving

Will inner-city blacks ever throw off the yoke of self-victimization imposed by "leaders" like Jesse Jackson and Al Sharpton? Perhaps, judging by the brief fame of race-baiting HISPANIC demagogue Nativo Lopez, who went muy pronto from media darling to pathetic buffoon.

Lopez was elected to the Santa Ana school board in southern California in 1996, vowing to fight for legal immigrants, illegals, and Hispanics. Never mind that the vast majority of Hispanics aren’t immigrants, that about a third of Hispanics favor tightening immigration laws, that many immigrants aren’t Hispanic, and that the majority of immigrants are here legally. The white media are always looking for somebody they can designate as a mouthpiece to make complex issues seem simple, and for awhile using Lopez worked fine.

But he never had real legitimacy. True, he heads two localized groups with international-sounding names, the Mexican American Political Association and Hermandad Mexicana Latinoamericana. But that second group is a spin-off of another group Lopez headed called Hermandad Mexicana Nacional. It was rocked by so many tax problems, scandals, and lawsuits that Lopez simply ditched it and incorporated a new organization.

Lopez became a leading member of both the Crusade-of-the-Month and Victim-of-the Month Clubs. Sometimes those crusades are relatively petty, though revealing of his demeanor. He rants against those using the term "illegal alien" to describe, well, illegal aliens. In typically crude fashioned he declared: "We are not niggers. We are not kikes. We are not paddies [Irish]. We are not homos." Nice. And what you mean "we," paleface? Lopez isn’t even an immigrant, and was christened "Larry."

Bombast aside, no racial or ethnic group has ever advanced in our society by playing the victim card. Scots, Italians, Irish, and Asians from a multitude of countries all won acceptance and economically bounded past natives by becoming more American than Americans. Nobody climbs the ladder to the American dream by refusing to assimilate.

Further, the surest way to keep or even make somebody a victim is to repeatedly insist he is. For most of us, if somebody else is seated ahead of us at a restaurant we assume it was a mistake. But when it happens to a victim group member, it’s a sign they’ll never get an even break. Why try?

Nevertheless, Lopez wants to keep Hispanics trapped in Spanish-speaking ghettoes. And that proved his downfall. He fought doggedly against the "English for the Children" initiative, which would turn California’s Spanish instruction program disguised as "bilingual education" into one that mandates English instruction unless parents request a waiver for Spanish instruction. It was desperately needed. 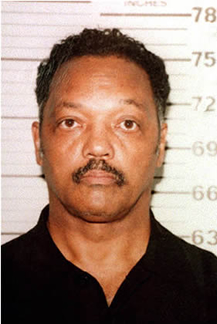 Now it's his turn to fade into obscurity.

California Hispanics repeatedly under-performed their national counterparts according to the Pacific Research Institute’s "California Education Report Card." For example, "The percentage of California eighth grade blacks scoring at or above the basic level increased from 47% in 1998 to 50% in 2002, shadowing the national increase of 50% to 54%. But California Hispanics remained locked in at only 46 percent, while the national Hispanic percentage increased from 52 percent to 56 percent."

Like good parents everywhere, Hispanics want their children to succeed. English for the Children passed (and Lopez flunked) by a 61%-31% vote. Still, Lopez stubbornly resisted. Using his influential school board position he personally campaigned to convince parents to keep their children in Spanish-taught classes. Yet as one newspaper put it, "bilingual education evaporated in mostly Hispanic districts."

All Lopez got for his trouble was being recalled from the school board, with 71% of Santa Ana voters saying "Adios!" Ever the victim, Lopez declared "This recall wasn’t just about Nativo Lopez; it was to keep our people in check." Never mind that he lost every precinct including the heavily Hispanic ones.

Lopez remains hell-bent on inflicting more damage on his own people than any Ku Klucker or Skinhead ever could. But he’s now reduced to such antics as declaring a boycott (that failed miserably) when Gov. Arnold Schwarzenegger AGREED to support driver’s licenses for illegals, but only if they were specially marked. Allegedly speaking for Hispanics and not just illegals, he ranted: "We do not want to be the Jews of Nazi Germany in California . . . . We will not be the new black slaves."

But native-born Hispanics don’t think marking a license is the same as shuffling people off to the gas chambers or shackling them in chains; a just-released poll shows 60% favor denying ANY TYPE of driver’s license to illegals.

As Jackson and Sharpton (to whom Lopez has been compared) are albatrosses to their own race, so was Lopez to his ethnic group. Nothing Lopez has said or done is more ridiculous than the words and actions of these two men, which is just the point. Are you looking over your shoulder guys?