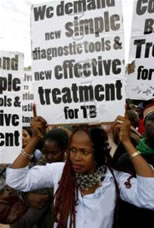 The Senate is near to passing a massive $50 billion Emergency Plan for HIV/ AIDS Relief – a bill whose priorities are based on myth, just like virtually all anti-AIDS efforts worldwide.

The world’s top AIDS bureaucrat recently admitted the truth: "It is very unlikely that there will be a heterosexual epidemic" outside Africa, Kevin de Cock, director of the World Health Organization, told London’s Independent newspaper. His bosses at the United Nations issued an official denial – but couldn’t truly challenge his science.

The effort to "democratize" AIDS dates back to the mid-1980s, when the media and health officials began a desperate and concerted effort to divert attention and make it seem everyone was at risk. The 1985 Life magazine cover, blaring "NOW NO ONE IS SAFE FROM AIDS" in huge red letters, represents this effort. Surgeon General Everett Koop coined the term heterosexual AIDS “explosion" in 1987, while in 1993 HHS Secretary Donna Shalala told Congress that AIDS may leave "nobody left."

Peter Piot, now executive director of UNAIDS, warned as late as 1997 that "HIV will cut through Asian populations like a hot knife through cold butter." UNAIDS’s 2001 estimate had 30 million infected adults in sub-Saharan Africa.

Last year, the UN had to cut that Africa figure by almost half – and drop its Asia number by 38 percent from just the year before. Dr. James Chin, a former top AIDS epidemiologist at the World Health Organization, has long declared the UN figures to be to too high and insists they still are.

In fact, there was never any indication AIDS had or would "break out" from the well-defined risk-behavior groups, as I was writing as far back as 1987 and in my 1990 book “The Myth of Heterosexual AIDS."

I’m no Nostradamus. I merely analyzed public data and studies showing how terribly difficult the disease is to transmit vaginally or orally. But the myths are still the basis for AIDS policy.

The group Fair Allocations in Research compiles statistics on federal spending to fight various diseases, compared to how many Americans each disease kills. Measured that way, we spend 21 times as much on AIDS as cancer – and 78 times what we spend on coronary artery disease, 97 times anti-stroke spending.

Plus, the Ryan White Act mandates taxpayer handouts to HIV/AIDS victims of about $1.2 billion a year. We have no remotely similar program for victims of any other disease. 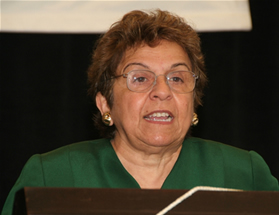 HHS Secretary Donna Shalala said may be "nobody left" after AIDS sweeps through.

Robert England (who heads the charity Health Systems Workshop) recently made the same point in the British Medical Journal: "Although HIV causes 3.7 percent of [worldwide] mortality, it receives 25 percent of international health-care aid."

"In the fight against AIDS, profiteering has trumped prevention," declared Sam L. Ruteikara, co-chair of Uganda’s National AIDS-Prevention Committee, in a Washington Post essay this week. "AIDS is no longer simply a disease; it has become a multibillion-dollar industry."

"Easily preventable diseases are still killing millions of children each year, while billions of dollars are being squandered annually by AIDS programs . . . who are not at risk," says Chin. (Yes, the Senate bill funds anti-TB and malaria programs – but not anything like its anti-AIDS spending.)

The skewed priorities even hurt AIDS efforts. "UNAIDS’ perpetuation of the myth that everyone is at risk of AIDS has led to billions wasted on prevention programs," Chin insists. "Insufficient outreach programs for those in the highest-risk population have clearly led to infections that could have been prevented."

Ruteikara says, "The proportion of Ugandans infected with HIV plunged from 21 percent in 1991 to 6 percent in 2002. But international AIDS experts who came to Uganda said we were wrong to try to limit people’s sexual freedom. Worse, they had the financial power to force their casual-sex agendas upon us." And now, "as fidelity and abstinence have been subverted, Uganda’s HIV rates have begun to tick back up."

There is no precedent in history for such myth-driven "democratization" of a disease, nor for the abominable unfairness in allocating funds away from so many curable illnesses. Says England: "We have created a monster with too many vested interests and reputations at stake."