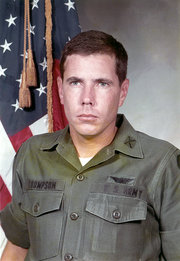 Hugh Thompson Jr. Unless you've been reading the obituaries in recent days you've probably never heard of Hugh Thompson Jr. In the finest tradition of the U.S. military, Thompson – who died January 6 of cancer – was a brave man who saved many lives in Vietnam. But the lives he saved were of Vietnamese civilians at a hamlet called My Lai who were being murdered by Thompson's fellow soldiers.

It's an unfortunate fact that American soldiers have massacred civilians even before they had their own country, namely in the French and Indian Wars that ended a decade before the Revolution. Civilian massacres were a fixture of the Indian Wars of the 19th century (carried out by both sides) and occurred during the Philippine-American War in the early 20th century.

Guerrilla conflicts bring out the worst in soldiers because of the tremendous stress and frustration of being killed by and chasing "ghosts," but also because soldiers know that insurrectionists cannot survive without the help – achieved willingly or through threats and terror – of the civilian populace. That was true of the civilians in the My Lai area who supported the enemy Viet Cong. Things boiled over when the communists launched their massive Tet Offensive in January 1968.

A platoon of soldiers led by Lt. William Calley entered My Lai on March 18, 1968 and began systematically killing everyone. Calley himself machine-gunned a ditch full of villagers. Ultimately, between 350 and 500 died, but the toll could have been higher if an Army scout helicopter crew led by 24-year-old Warrant Officer Thompson hadn't witnessed the killings during a flyover and decided they would not close their eyes.

Obituary writers, while celebrating the courage of Thompson and his crew – Specialist Lawrence Colburn and Specialist Glenn Andreotta (killed in action just weeks later) – didn't realize how far it went. "They landed the helicopter in the line of fire between American troops and fleeing Vietnamese civilians and pointed their own guns at the U.S. soldiers to prevent more killings," the Associated Press reported, conjuring up images of a heavily-armored gunship bristling with mini-guns and rocket pods.

In reality, their OH-23 Raven was more a mosquito than a bird. It had thin armor and its weapons comprised merely two light machine guns. An infantry platoon with machine guns, mortars, and grenade launchers could have converted it to scrap metal. It wasn't armor and weapons that stopped those frenzied troops, but the moral authority conveyed by setting that machine down where Thompson did. 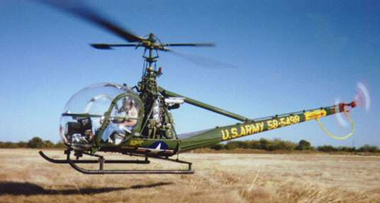 This tiny bird didn't stop the massacre at My Lai; human courage did. Its presence between soldiers and civilians was a reminder that no matter how brutal the enemy (indeed, the communists were busily slaughtering about 3,000 civilians in the temporarily-occupied city of Hue at about this time) Americans are supposed to be the good guys. "Hugh Thompson is a symbol of the American soldier who fought with honor in Vietnam," Trent Angers, author of The Forgotten Hero of My Lai, told the Lafayette, Louisiana Daily Advertiser. "He took to heart the basic Judeo-Christian principles of how you should act toward your neighbors."

Thompson put it more simply in a 1998 AP interview. "These people were looking at me for help and there was no way I could turn my back on them."

After his initial interference maneuver, Thompson arraigned a cease-fire with the U.S. troops, called in more helicopters to aid medical evacuations, and coaxed terrified civilians out of a bunker so they could be helped. Later he testified at the court martial of Calley, who was convicted.

Like most heroes, Thompson refused to sing his own praises and it wasn't until 1998 that he and his crewmates received the Soldier's Medal (Andreotta posthumously), the highest U.S. military award for bravery when not confronting an enemy.

It would be nice to think there simply could never be another My Lai, but the military knows better. Indeed, for the last five years both Thompson and Colburn have lectured at West Point Military Academy, says instructor Colonel Tom Kolditz. "We've sought to make our graduates expert in how to make things like that not happen," he told me, and he thinks we now have "a lot of positive role models from Iraq and Afghanistan."

But Thompson, he says, will be missed.