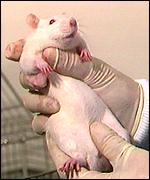 The EPA has apparently decided that rats make better surrogates for human exposure than do humans.

What if after a 25-year moratorium, the government decided you could finally sell your house? The catch: It would falsely claim it has termites, is haunted, and is infested with rats larger than an obese cocker spaniel.

That’s the position of those owning land contaminated with polychlorinated biphenyls. PCBs were once used as electrical equipment coolants and lubricants until found to be rodent carcinogens and then banned. Then the EPA began forcing those with contaminated land to clean it up. So allowing sale of these properties will merely transfer the often incredible clean-up costs.

General Electric will fork over an estimated half billion dollars to clean a stretch of the Hudson River in New York, while numerous paper-manufacturing companies will collectively pay a third of a billion to dredge a much shorter portion of the Fox River in Wisconsin. Such PCB-contaminated sites pepper water and land sites across the nation, and many will cleaned with federal funds.

But one reassuring fact about PCBs is that while they persist a long time in the environment, they don’t stay around forever. Further, it’s been almost a quarter century since the production ban in 1979. Most PCB absorption is through food and consumption through this route fell by 95 percent just from 1978-1986.

As to potential harm from what’s left, the most massive exposures to PCBs in North American have naturally been to persons who worked with the chemical. Yet occupational exposure studies repeatedly show they cause no harm.

The most comprehensive study of long-term health effects of PCB exposure involved more than 7,000 General Electric workers with an average of 31 years on the job. Chiefly authored by Renate Kimbrough, the March 1999 Journal of Occupational and Environmental Medicine report found that PCB-exposed workers had a lower rate of cancer deaths than the national average despite sometimes massive levels of the chemical in their blood. 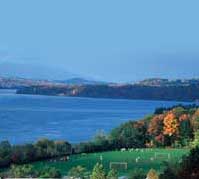 GE will pay half a billion dollars to make the pristine Hudson River not a bit more pristine.

Ironically, it was Kimbrough’s own rat study decades earlier that essentially kick-started the PCB scare.

In August, a review of all published occupational exposure studies in the European Journal of Cancer Prevention reported that PCB workers "do not show any excess in all cancer mortality, or in mortality for specific cancer sites of interest."

Yet it was concluded too early to include the five-year follow-up of the Kimbrough group, which again found no abnormalities.

But the EPA won’t reevaluate the chemical. After all, why consider human exposures when there’s such fine rodent data?

Yet even extrapolating from rodent studies, PCBs are practically pikers. In order to establish a priority rating system for rodent carcinogens Berkeley biologist Lois Gold maintains a HERP (human exposure dose/rodent potency dose) index. This rates the degree of carcinogenesis of various chemicals based on the degree to which they have caused tumors in lab animals and the amount humans absorb.

As she notes in her recent co-authored book, Misconceptions about the Causes of Cancer, "The HERP value for PCB (is) toward the bottom of the ranking, and far below many values for naturally occurring chemicals in common foods." In fact, it has exactly the same ranking as the amount of the rodent carcinogen urethane in an average US daily intake of toast.

But rather than give up on PCBs as a bogeyman, environmentalists simply changed its mode of harm. Now we’re warned they are estrogen-mimickers and mess with our hormones. The chemical family to which they belong, organochlorines, has been blamed for everything from birth defects to allegedly falling sperm counts to lesbian seagulls. (As if seagulls don’t deserve the same lifestyle choices as everyone else.)

But "reviews of published data suggest that the amount of naturally-occurring estrogens ingested daily through a normal diet is far greater than the daily intake of estrogenic organochlorine chemicals," according to the federal Agency for Toxic Substances and Disease Registry.

Naturally-occurring estrogens (such as in soybeans and other foods), it says, are a hundred to a thousand times more potent than that of 17 beta-estradiol. Estradiol is a natural human hormone which also appears to be a mild human carcinogen.

American businesses are still recovering from the recession and President Bush is passing the hat to fight terrorism. Can we really afford to spend billions of corporate and taxpayer dollars scouring waterways and land to remove an apparently harmless chemical that’s already disappearing?