A surveillance video just posted by Fox Chicago News Online shows a 2006 Toyota Corolla backing out of a parking space and striking a car. The Corolla then shoots forward and slams into another vehicle, knocking it aside. Next the car swerves, presumably in an effort to avoid a strip mall, and crashes into a brick wall. The driver, Leon Przybylowski, died of his injuries later that day. 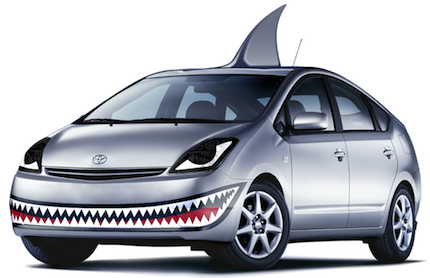 The family is now suing Toyota, saying the video from the accident that took place six months ago earlier in a west Chicago suburb, supports their claim that Przybylowski, as the newscaster put it, was “yet another victim of sudden unintended acceleration,” or SUA. As he does so, Fox’s camera zooms in on a car throttle.

Actually, the incident is almost a perfect example of why Toyota SUA accidents really happen and that the breakdown is not in the car but in how the media relays the event. It comprises all the main elements, namely:

“From what we can see of public record right now,” the family’s attorney, Martin Dolan , said, “There is a systematic failure with problems [sic] with the Toyota engines and the throttle control across the board.” Well, both “systemic” and “across the board!” The newscaster added, “Some safety experts say [the problem is] Toyota’s electronic throttle control system.” (Dolan didn’t respond to my phone call, hence we don’t know how big a prize of which he’s seeking a third.)

Throughout the hysteria, we’ve seen expressed utter ignorance regarding the simplest aspects of how vehicles work. In this instance, it’s not just that engines and throttle controls are completely different units that merely work in combination. It’s also stated or implicit in alleged SUA accidents that yet a third system, the brakes, failed either partially or completely.

But tests show that brakes beat engine every time. I tried this in a Lexus, hitting the brakes while keeping the accelerator fully depressed. It didn’t exactly stop on a dime—more like a quarter. But it did slow instantly.

The newscaster and a son of Przybylowski also thought it of great importance that “the engine was revving loudly” and “the car took off like a jackrabbit.” But how can a throttle make an engine any louder or propel a car any faster whether pushed by a human foot or a gremlin? Definite Stephen King territory here.

As to the assertion about the electronics, Fox’s characterization is correct if you define “safety experts” as journalists, the usual suspects such as Ralph Nader, and the paid minions of trial lawyers. 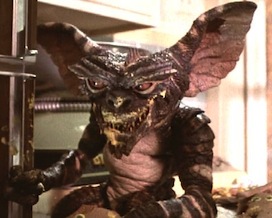 Whether a foot is on the throttle or a gremlin is, cars don’t go any faster or get any noisier than they’re capable of.

But again, two different systems have simply been tossed into a blender. Brakes are hydraulic, that is, mechanical. Electronics merely modify what the car does when it brakes, such as preventing the steering from locking up. The chance of both the electronics of the throttle and the mechanics of the brakes failing together are astronomically small. The chance of brake failure not being detected after an accident is also nil.

The Part That Failed

So what part of the car failed? The most important one: the driver.

A 2007 Government Accountability Office study found that per mile driven, drivers 75 and older were almost four times more likely to be involved in accidents than those ages 45 to 64, as I observed in my March 26 Forbes.com article “Why Do Toyotas Hate the Elderly?” This is even though in essentially every way the elderly have better driving habits. They’re also vastly more likely to report accidents they believe to be caused by SUA.

A 1996 study of such incidents by the National Highway Traffic Safety Administration (NHTSA) Office of Defects Investigation powerfully supports this. Its analysis of drivers of General Motors cars found those over age 69 had almost seven times the number of SUA accidents per driver as those under age 38. This is yet more stunning considering that the elderly account for merely 3% of all miles driven.

The problem is that the motor skills of seniors —the sending of messages between the brain and muscles—have greatly declined. Hence, they’re vastly more likely to do things like, for example, hitting the wrong pedal.

Sure enough, NHTSA told Congress in an August congressional briefing that its analysis of the “black box” data recorders of 58 Toyotas that allegedly crashed because of SUA showed no brakes had been applied. Presumably the driver’s foot was doing something else.

Logically you’d expect this situation to happen rarely on a freeway, but rather when the driver is hitting a pedal for the first time. In other words in a parking lot. And indeed a June NHTSA study , which it quietly placed on its Web site, showed almost two-thirds of crashes blamed on SUA (all makes of cars) happen in parking lots.

As to Dolan’s across the board systematic failure charge, about 380,000 model year 2006 Corollas were sold in this country. The owners of these as of this writing have submitted to NHTSA a grand total of 43 SUA complaints. And only three of these were filed before the hysteria began last November. They include no deaths. None. (There’s no entry for the Przybylowski accident.)

And yet for all the attention the media and trial lawyers have given Toyota complaints, most of us would might agree with the attorney’s characterization—including the Przybylowski family. It’s understandable if you mispronounce their name, but ther’’s little reason to doubt their sincerity.

Throughout the hysteria, which the media set off in the first place after a single Lexus crash, the press has failed to relay information such as this, and been unable to unable to look past their presumptions and instead look at the data and interview true experts (which doesn’t include trial lawyers.) That and apply a modicum of common sense. That’s been the real across the board systematic failure.

Michael Fumento is an author, attorney and journalist who specializes in health safety issues. His Web site is www.fumento.com, and he’s changing his phone number to avoid a stream of angry calls from the Gray Panthers.