Below is an exchange with Sig Christenson and another fellow in which I am castigated for claiming that the lack of embeds in Iraq just may be the fault of something other than the military. Apply Occam’s Razor, that the simplest solution is probably the best. We don’t have more embeds primarily because journalists don’t want to be embedded. (Also, judging by my mail, lots of vets would like to be embeds but have no media outlet to support them.) Embedding is tough on those used to the luxurious American lifestyle and depending on where you go you it can be dangerous. Far easier to just label yourself a war correspondent and work out of the International Zone in Baghdad or a Baghdad hotel, using phones and emails and letting Iraqi stringers do the real work. It still looks great on your resume and you don’t have to worry about having shrapnel dug out of your rear end. Note (as I should have in my response, that Christenson admits he was only embedded once in Iraq, back in 2003, and since then has worked out of Baghdad hotels. He is thus a member of the "Baghdad Brigade," of which I have been so critical. 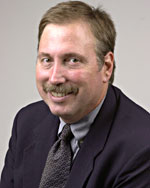 Michael Fumento’s piece on embedding is the product of sloppy research and should have been better vetted. As it stands, it contains several errors, the first of which is that I am president of Military Reporters & Editors. I was president of MRE until 5th annual conference last month in Chicago. He’d have known that if he had bothered to check the MRE website,

Mr. Fumento is correct in calling the small number of embeds in Iraq grotesque. But he wrong in saying "the MSM Baghdad press corps," as he refers to the New York Times, Washington Post, USA Today, Cox and the major broadcast networks, among others, "bizarrely believes it can cover a country of 26 million people" by relying on stringers, e-mail and phones. I know a few of those mainstream media people and none of them has ever suggested such a thing. So just where did he come up with this notion? Did Mr. Fumento interview any of those reporters now working on their own in Baghdad?

If so, he ought to share their comments with us to support his case.

It is my belief that the media must do better than the bombing-of-the-day story if Americans are to have any idea of the dimensions of this war in Iraq. That is why MRE is working with other war correspondents and military officers to develop a better embed process. But I take exception to his suggestion that these Baghdad journalists "may as well be back in the States" is idiotic. It implies that they never get out and that they and their Iraqi employees never take risks. Anyone who has worked as a unilateral damned well knows better.

A careful look at my views on the subject of the media’s problems with embedding, including a read of my blogs on www.mysanantonio.com, will reveal that I have never placed the blame for the lack of embeds in Iraq solely on the military. There are many factors, particularly the belief among some editors I know that the benefits of reporting on Iraq either as embeds or unilaterals is not worth the risk. Cost is another critical factor. If you work on your own in Baghdad, you now will need a security team and, perhaps, an armored vehicle. While Mr. Fumento underestimates the cost of flying to Kuwait and Jordan by using a Washington-to-Amman/Kuwait flight model (many reporters who might go there live far from National and Dulles), he skips right over the most expensive parts of such a tour for non-embeds.

I’m familiar with those costs because I have run up the bills.

The embed process is laborious, and could be much improved, and the Rhino Runner armored bus to the Green Zone - as the Iraqis have long called it - does indeed run only at night. It ran during the day in July 2004, but did not during my tour last summer. For more on how we got from the airport to the Green Zone because of the Rhino’s odd hours, go the San Antonio Express-News’ Military City blogs. There’s a good story on what photographer Nicole Fruge and I had to do in order to meet the U.S. adviser to Anbar province’s governor.

And as to the CPIC identification badge, it was not accepted on numerous occasions at dining halls at Balad Air Base in August and early September. The armed Ugandan guards who control entry to the dining halls consistently refused to allow us in, referring to a large white binder that included all of the badges that were accepted, and then pointing out that ours was not. They were sticklers for the rules in that regard, but in one case a specialist ordered the guard to let us in. Mr. Fumento might have known that if he had called or e-mailed me.

That’s the real problem here. In sharing his opinions with us, he failed to do his homework.

His many errors are the only reason I am responding to his column at all.

I’ve been to Iraq four times and know something of life as both an embed, first with the 3rd Infantry Division during the invasion, and also as a unilateral working out of several hotels in Baghdad. I also know a little something about journalism and the issues there. The next time Mr. Fumento writes a column about me, he ought to do the bare minimum and read some of my work. He might also call me. That would be a good start in offering an informed opinion.

I wish to correct an error in the Fumento story.

"Christenson even insists that once an embed receives his press pass, ’The problem with going through hell to get that card is it won’t get you into the KBR dining hall on any forward operating base in Iraq.’ Wrong again. That press pass gets you into any chow hall in Iraq."

A press ID most certainly will not grant access to ANY chow hall in Iraq—KBR or otherwise. The originators comment was about DFACs on the FOBs, and a press pass may very well gain them that access...but only if they’re allowed on post. In the north, if you don’t have a CAC card, (DoD ID card), then you’re not getting past the front door of the main DFAC - all the contractors scurrying about have to make their own arrangements for food (KBR being the exception of course).

However, a lot of KBR "chow halls" (and the best) aren’t located on the FOBs and those are the places that the press would love to gain access. The REOs. For two years I watched press personnel try and scheme their way into the main compound in the IZ [International Zone in Baghdad] only to find they had to be under watch 24/7 and even then - no chow hall or accommodation. Now I’m at another location serviced by KBR and again, Press passes aren’t acceptable forms of ID to the soldiers at the entrances.

Likely because no one wants the press around. War is the business of kills - for both trooper and contractor alike. The media makes it socially unacceptable to like what you’re doing out here.

Anyway, I’m off the soapbox now, but I would like to say that I do very much like the article.

Michael Fumento replies: Let’s start with this press pass-chow hall thing, which really makes me wonder if we aren’t talking about two different Iraqs. I have eaten at chow halls at six different bases and two major Forward Operating Bases (FOBs). Three of the bases were in the north. On my last trip, I forgot my pass at FOB Blue Diamond in Ramadi but it was enough to have a sergeant vouch for me. I did eat at the main compound in the IZ last year by simply flashing my press card - no scheming necessary. I also ate at the Baghdad embassy compound in the IZ and stayed in a transient tent in the IZ before I got credentialed. It should go without saying that you have to be allowed on post to be allowed in the chow hall.

Nor have I heard any other embed I’ve met in Iraq complain about access to chow. A frequently embedded reporter in Iraq whom I met this last trip, Andrew Lubin, told me the only time he was turned away from a chow hall was because he wasn’t wearing a collared shirt. As I write this, I’ve just received an email from Spc. Jon Hernandez at Camp Victory, near Baghdad’s airport. "As a member of a convoy team here in Iraq it is my duty to transport people and equipment around Baghdad and to guard the Dining Facility (DFAC)," he writes. "Our favorite mission is the airport because [the airport road] is indeed safe, and we have never denied a member of the press access to our dining facility - to say otherwise is outright deception."

Regarding Christenson’s side of this complaint, he originally wrote: "The problem with going through hell to get that [press] card is it won’t get you into the KBR dining hall on any forward operating base in Iraq." (Emphasis mine.) That means nowhere, from nobody, at no time. Now he changes that to "not accepted [from him, that is] on numerous occasions at dining halls at Balad Air Base in August and early September," blaming it on the Ugandan guards. Yes, the Ugandans are a pain in the butt and they’ve stopped me. I grabbed an officer to vouch for me and in I went. Embeds without that much initiative don’t belong in a combat zone.

Mea culpa on not catching that Christenson is no longer MRE president as of a few weeks ago. But since I quoted Christenson’s statements from the MRE site, it’s rather obvious I did read it.

My "notion" about the MSM Baghdad Brigade was the subject of a 5,000-word article I wrote and to which I linked in the TAS article. It speaks not well of Christenson that he either didn’t click it or ignored what he read. I not only made my case separately, but offered the following: "The London Independent’s Robert Fisk has written of ’hotel journalism,’ while former Washington Post Bureau Chief Rajiv Chandrasekaran has called it ’journalism by remote control.’ More damningly, Maggie O’Kane of the British newspaper The Guardian said: ’We no longer know what is going on, but we are pretending we do.’" I also noted the New York Review of Books did a whole article on Baghdad hotel journalism.

Christenson says I "underestimate the cost of flying to Kuwait and Jordan" because I use D.C.-area airports as the starting point. Never mind my noting that he said it cost $2,000 to fly commercial from the States into Baghdad when there are no U.S-Iraq commercial flights. In the event, a one-stop from LAX to Jordan or a two-stop from Christenson’s San Antonio are both still less than $1,500 and some fares are below $1,000.

Yes, the Rhino only runs at night. If you get in early and don’t catch a helo, it’s a long wait. But as with those allegedly monstrous embed applications, again if you haven’t got what it takes to put up with this why go to Iraq instead of staying home and eating bon-bons? Sherman was certainly right: War is heck.