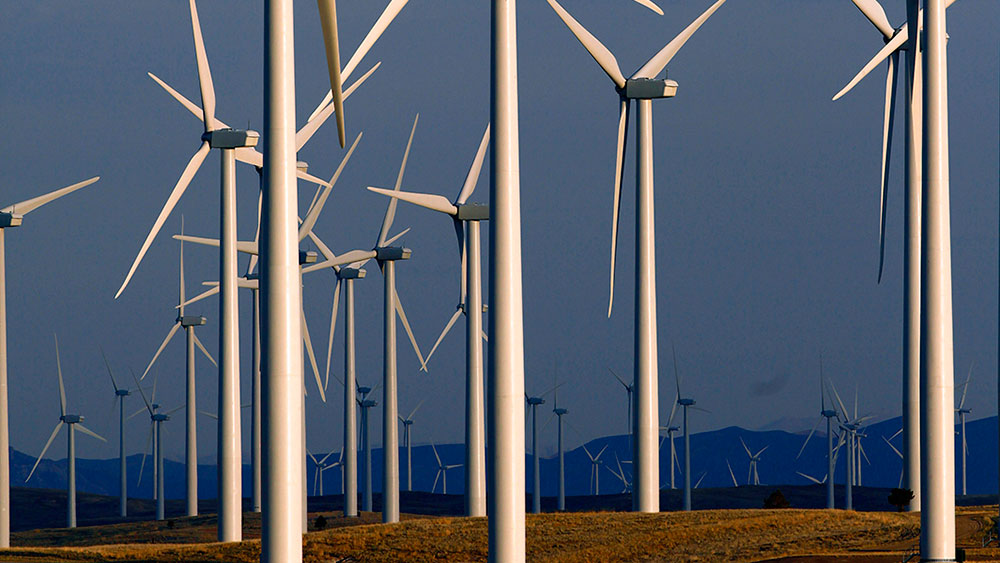 While driving the mostly empty and flat 1,000 miles from Houston to Colorado Springs recently, I noticed something I hadn’t seen much just a few years ago -- lots of wind farms dotting the landscape, but none anywhere near even small population centers.

Another funny thing, though: Invariably, many of the turbines weren’t moving, and one of the largest appeared to have about 100 turbines, yet I counted just three in action.

How can this be? Having paid for the land, the turbines and those long transmission lines, don’t providers want a maximum of the machines going? Nope. Because, you see, wind farms – and solar farms for the same reasons – don’t make their money by generating electricity. They do it by generating government subsidies.

Having just finished writing an article in the biomedical journal Inference, in which I surprised even myself by finding that wind and solar have no purpose other than lining the pockets of fat cats, this was no shocker. No purpose, really? Really.

Perhaps America’s greatest investor in these technologies is Berkshire Hathaway guru Warren Buffett, who has already sunk at least $15 billion into them with “another $15 billion ready to go.”

At a meeting a couple of years ago he admitted that “on wind energy, we get a tax credit if we build a lot of wind farms. That’s the only reason to build them. They don’t make sense without the tax credit.” (Studies consistently show solar farms make even less sense.)

If President Obama gets his way with his “Green Power Plan,” tailored by the rent-seeking lobbyists who quickly joined his administration and infiltrated the EPA and Department of Energy (DOE), we can expect those subsidies to soar.

Ah, but haven’t solar and wind generation prices plummeted to where they’re finally competitive? That infiltrated DOE says so. And truly prices have dropped, but not because of any scientific advances as we’ve been led to believe.

For solar generation, the decline essentially came from switching from panels sold at cost in the U.S. and Europe to buying heavily subsidized ones from China and Taiwan. Under the threat of trade sanctions, these countries have now stopped their “dumping,” and solar prices are heading back up.

As to wind, increased efficiencies were realized by building larger turbines. But metallic stress factors put a physical limit on those.

In fact, physics ultimately dooms both wind and solar. Sure, the “fuel” for both is “free.” But that’s also true of sailing ships. How many merchant and warships are sail-powered? Problem is it takes a lot of “canvas” to catch that “free energy” because both wind and solar energy are (1) variable and (2) intermittent.

In other words, a fossil fuel or nuclear plant can steadily pump out energy day or night, independent of climate or weather. And “capacity factor” for nuclear plants has steadily increased so now they’re operating at close to peak efficiency all the time.

But turbines turn only when the wind blows, and if it blows too hard they have to be governed or shut down to prevent damage. Solar panels are useless at night and in places useless all winter.

How much “canvass” is needed? The Westinghouse AP1000 WPR small modular reactor -- the only type currently being installed in the U.S. -- requires five acres of land. The company calculates that to generate the same amount of energy “average solar” would require 2,400 acres while “average wind” would need 60,000.

That’s 500 and 12,000 times the land mass respectively, which makes them cost-prohibitive for built-up areas – where customers are. Imagine the cost of 12,000 acres near New York City, which also happens to have relatively low amounts of wind and sun and therefore needs far more than that average

This leads to yet another problem with wind and solar that virtually nobody discusses, even opponents: The cost of transmission from where land is cheap and sun or wind is plentiful to where customers are.

Yet by the time you figure in land costs, transmission line costs, right-of-way expenses and the inevitable “bleeding” of power that increases with every mile of cable – this can double the expense of delivered energy. But when I said everyone ignores this, it includes the primary source for cost comparisons – Obama’s DOE.

Ah, but it gets even worse. Naturally, prime areas are getting snatched up first. This is what economists call “the low-hanging fruit.” As U.S. wind and solar providers move beyond the paltry 7% of electricity they now deliver, they’ll have to reach farther and farther to get fruit. We can expect delivered prices to increase.

That’s just fine for providers. Because as Buffett admitted, the money is in the subsidies. For that 7% of electricity, wind and solar grab a stunning 64% of federal subsidies, meaning over $10 billion or about $80 per U.S. federal taxpayer annually.

Solar’s take per amount of energy supplied is much larger than wind’s. Why? Because solar is that much more inefficient!

If solar and wind were indeed catching up to other forms of electricity generation, they wouldn’t need current subsidies, much less ever-growing ones. Such are the incredible costs of producing energy with “free fuel.”