The class action suit was based entirely on wording so tortuous that the nine members of the Supreme Court would have 10 different interpretations. An earlier case in the same state was tossed out because of that wording. Yet this defendant was slammed with a massive $671 million penalty, vastly beyond its ability to pay. And punitive damages are still pending. And the decision caused the defendant’s stock value to plummet 75%.

Oh, and just one other thing. The very size of the verdict effectively prevents an appeal. But besides all that ...

This is the inner layer of hell in which Skilled Healthcare California LLC finds itself. The nation’s 10th largest nursing care provider, it has 14,000 workers in California alone, making it one of the largest employers in a state with the third-worst jobless rate in America.

They won't be better off because of this decision, and may well be much worse off.

What horrors did the company inflict on those poor seniors to deserve the highly penalty awarded by any court this year? Convert them to Soylent Green? Actually no showing of harm was required—a blessing for the plaintiffs’ attorneys because the California Nursing Home Directory has received over a thousand complaints but none regarding Skilled Healthcare.

The entire issue was whether the company violated a state law requiring nursing homes to provide a minimum of 3.2 nursing hours per patient per day (ppd). And that determination came down to—or should have come down to—a single Gordian Knot of a sentence that goes 139 words before finally hitting that period—describing who qualifies to provide that care and under what circumstances.

It’s "malarkey" that Skilled Healthcare could find the wording confusing, Michael Thamer, an attorney for one of the three firms representing the plaintiffs, told the jury.

So as Alexander the Great bypassed the Knot by slashing it, Thamer and company bypassed the regulation. Instead, they seemed to convert the issue into one the jury could both easily grasp and could decide on purely emotional terms: Were Skilled Healthcare’s patients getting what the jury might consider an ideal amount of nursing time? Thus, they had a nursing professor testify that, as a newspaper put it, "arguments over whether the facilities met the 3.2-hour threshold is [sic] irrelevant because it is too low to begin with." 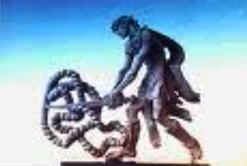 By replacing state law with what they felt should be the law, like Alexander the jury avoided the impossible task of untangling the Gordian Knot by simply slashing it.

In fact, from a legal perspective only, the threshold was relevant. Nevertheless, the diversion worked. So indicated the jury foreman who declared that skilled Healthcare "kept treating 3.2 ppd as a goal—not a minimum." But choose your term—"goal" or "minimum"—if the company met either it should have won.

But to "send the strongest message possible" as one member put it, one that "would reverberate throughout the country," the jury had to say the company fell short of the 3.2 hours.

Three years earlier a Los Angeles County trial court faced with the identical 3.2 ppd issue said no judge or jury should be allowed to interpret the byzantine wording. An appellate court upheld the decision. Courts shouldn’t be "involved in complex health care matters concerning the staffing of skilled nursing and intermediate care facilities and assuming the power, expertise, and statutory mandate of the California Department of Health Services" it stated.

But of all the areas in which Skilled Healthcare operates its 22 California facilities, plaintiffs’ attorneys wisely filed suit in the most amenable venue imaginable. This was Humboldt County, a land of recycled toilet paper and Priuses, about 250 miles north of San Francisco—and quite possibly to the left of it as well.

The activist jurors were so determined to make their message loud and clear that they awarded the maximum damages over a six-year period to each patient in the class of 32,000. That was aided by a law that includes in a class anyone who simply doesn’t respond to mailed notices, including those who never received them.

"I have never seen such a dramatic difference between the penalty levied on company vs. its ability to pay," says Jefferies & Co. analyst Arthur Henderson.

If ever a case cried out for an appeal, this would seem to be it. Problem is, California law requires posting a bond equal to 150% of the verdict to do so. With current reported assets of about $2 million, the company falls a bit short. It also says it has exhausted its primary professional liability insurance coverage and at most can borrow $94 million. Hence, the appalling size of the verdict prevents its appeal.

This also makes paying the award rather problematic. Except for a one-time charge against profits, the company would have earned $38 million last year, which Henderson says is in line with the industry as a whole. Not much room there to make future payments, and with about two-thirds of patients on Medicare or Medicaid Skilled Healthcare really can’t raise rates.

"We certainly recognize [bankruptcy] as a possibility," one of the plaintiffs’ lawyers told Reuters. If that happens, then given Skilled Healthcare’s record patients will probably get inferior care. But higher-level parasites know it’s smart to keep the host alive. So they’ve agreed to mediation that might end up with some type of restructuring on Skilled Healthcare’s part.

The larger issue is, as Henderson says, that "other ambulance chasers are watching this closely." Any law firm can now just comb through public health records of nursing or other facilities for technical violations of state regulations and file suit. Indeed, they can just keep suing the same ones over and over again.

Probably no California nursing homes will close up shop based on this one decision, says Henderson. But considering how tightly regulated they already are, this could tip companies into refusing to open new ones. Yet the percentage of Californians over age of 65 is expected to almost double from 2000 to 2030.

Right now, it’s Skilled Healthcare that’s suffering. Big time. But in the future it could be the state’s elderly and those who love them.