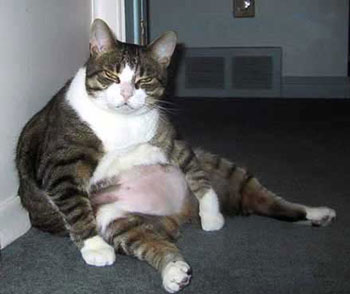 "It undoubtedly sounded like good news to many Americans: "Some Extra Heft May Be Helpful," blared a New York Times headline two weeks ago, reporting on a study from the National Center for Health Statistics (NCHS), a branch of the Centers for Disease Control and Prevention (CDC). The report claimed that the current measurement for "overweight" is actually the healthiest level, while the "healthy weight" category is relatively unhealthy. Moreover the NCHS estimated that annual U.S. deaths from being overweight or obese are much lower than previously thought – 25,814 per year, as opposed to the CDC estimate of 365,000 deaths per year from "poor diet and physical inactivity," most of which are related to weight. Smug commentators went wild: The "fatophobes," wrote John Tierney in a triumphant New York Times column, "are fighting on, disputing the new study and arguing that it still shows the fatal dangers of being seriously obese. But they have lost the scientific high ground." Meanwhile the nation’s preeminent calorie pusher – the Center for Consumer Freedom, a front group for the food and beverage industry – practically gloated itself to death with an obese $600,000 newspaper advertising blitz.

But is it true that "Americans have been force-fed a steady diet of obesity myths" by the CDC and others, as the Center for Consumer Freedom claimed in its full-page ads? And will that spare tire around your waist actually help you get more mileage out of life? There’s good reason to believe that the answer to both questions is no.

To determine fatness, the CDC uses a measure called Body Mass Index (BMI), a comparison of weight to height. According to the CDC, a BMI of 25 to 30 is "overweight" and unhealthy while a BMI above 30 is "obese" and extremely unhealthy. The new study, published by Katherine Flegal and colleagues in the Journal of the American Medical Association (JAMA), found that the 25-to-30 category was the healthiest, and that it isn’t until the 35-plus BMI category that a serious risk of premature death kicks in.

CDC Director Julie Gerberding has said that her agency will not adjust its own numbers to reflect the new findings, and it’s easy to see why. The new study contradicts a slew of previous epidemiological studies, including the six different studies the CDC used to arrive at its estimates. And consider these major reports from America’s most respected medical journals, all of which are in addition to the six studies used by the CDC:

• A 1998 New England Journal of Medicine (NEJM) study of 300,000 men and women found the "minimal risk" to be a BMI of 19.0 to 21.9. ("I’m sorry to tell you," lead author June Stevens of the University of North Carolina told reporters, "but it’s the very lean weight that is associated with the best survival rate.") • The next year the largest obesity study ever, comprising over a million men and women and also appearing in the NEJM, put the optimum BMI for longevity at "23.5 to 24.9 in men and 22.0 to 23.4 in women." • In 2003 the Journal of the American Medical Association (JAMA) reported that the "optimal BMI is approximately 23 to 25 for whites and 23 to 30 for blacks." • Finally, an analysis published last December in the NEJM of 116,000 women evaluated over a 24-year period found "the lowest mortality was among women with a BMI of less than 23." These studies dovetail with biological findings that regardless of the species tested, calorie restriction equals longevity. In the only calorie-restriction analysis of people, published in 1999, "The results clearly suggest that humans react to such a nutritional regimen similarly to other vertebrates." Were the Flegal findings valid, they would stand biology on its head. 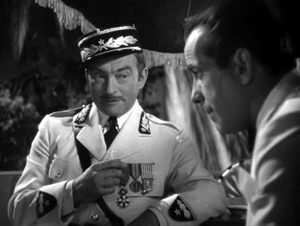 Like Louis in "Casablanca," Flegal was "shocked, shocked" to find what she had already reported over a year earlier.

Flegal told me she was "surprised by the results" of her study, an expression researchers often use to emphasize that they didn’t dive into a bunch of numbers and fish out what they expected or hoped to find. She argued that one aspect of her analysis that may make it superior to myriad contradictory predecessors is that it relied on nationwide data. But so did the 2003 JAMA study. Both used something called the National Health and Nutrition Examination Survey (NHANES). That they came to such remarkably different conclusions tosses up a red flag. NHANES, combining both interviews and actual measurements, was taken over three periods of time and is thus divided into NHANES I, II, and III. The NHANES I data were collected from 1971 to 1975. Interestingly, when using only NHANES I, Flegal’s group found about 300,000 deaths per year "associated with obesity." If you take into account that the CDC’s 365,000 figure isn’t just for deaths linked to weight – as is widely believed – but instead covers a broader category of "poor diet and physical inactivity," Flegal’s number based on NHANES I actually jibes well with the CDC number. But when Flegal and company combined all the NHANES data, they got about 112,000 obesity-related premature deaths per year.

That would still be quite a substantial number of deaths; but then they took into account their theory that those who are modestly overweight (BMI 25-30) are living longer specifically because they are somewhat heavier. And when they added that figure in, they came up with 25,814 deaths per year. In other words, Flegal basically argued that while 112,000 people die from obesity per year, about 86,000 people per year are saved by being overweight. The result: A net loss of just 25,814 people per year from being obese or overweight.

Intuitively it would seem combining all available data would be better than relying on NHANES I alone. But why the vast difference between the data from NHANES I and the data from NHANES II and III? That is, why were people so much more likely to die in the earliest survey category? The only possible explanation Flegal and her colleagues could offer was that there have been "improvements in health care" since NHANES I was conducted. 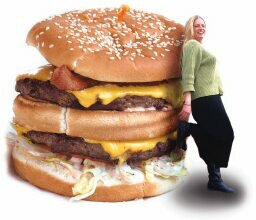 Will one of these a day (plus large fries, large cola, and dessert) REALLY keep the doctor away?

Surely they are correct that new medicines and surgical techniques are having an impact on the death rate of fatter persons. Indeed, a companion article in JAMA concluded, "Except for diabetes, risk factors [for heart disease] have declined considerably over the past 40 years in all BMI groups." And most deaths from obesity are heart-related. But several researchers with whom I spoke, including Harvard Professors Frank Hu and JoAnn Manson as well as the American Cancer Society’s director of analytical epidemiology Eugenia Calle, rejected the idea that improved health care could wipe away so many obesity deaths. "We haven’t seen evidence in [our group of 116,000 women] that the relationship between obesity and mortality has weakened," Manson says. A better explanation, says Robert Eckel, president-elect of the American Heart Association, is that "it takes many years for the full effects of obesity to play out," unless the obesity is really extreme. (This explains why the Flegal group found only those with the highest BMI to have a major risk.) The follow-up period (that is, the time between the interview and the last evaluation of the data) for NHANES I was 19 years; but for NHANES III it was only 9 years. The Flegal group said it accounted for the possibility that varying lengths of follow-up were affecting the outcome by using a shorter follow-up period for the earliest survey. It concluded that NHANES I participants still had higher risks than those surveyed later.

The problem is that shortening follow-up for NHANES I means eliminating deaths from those data – and it’s deaths that give the data their accuracy. The more deaths, the higher the probability that statistics mean what they seem to. But it’s worse than that, precisely because we are dealing with deaths that generally take a long time to show up. Ideally, you’d want to lengthen follow-up beyond the 1992 end date for NHANES I and II and the 2000 end date for NHANES III; but unfortunately that wasn’t done. "You can’t look at this issue by shortening follow-up," Manson says flatly.

Whatever accounts for the drastic difference between Flegal’s findings and other studies, the key is that those differences are substantial – and that it hardly makes sense to base our national health priorities or individual actions on one study that contradicts years and years of previous research. 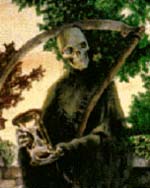 A Strong upporter of the Center for Consumer Freedom

Moreover, there are plenty of disturbing aspects to the obesity epidemic that Flegal’s study doesn’t consider. For one, a large portion of the overweight and obese population comprises children and adolescents, as Flegal acknowledged in a paper last year; and the number is growing, as Flegal acknowledged two years ago. We don’t yet know the long-term effects of what was formerly called "adult-onset diabetes" – the name was changed to "type two diabetes" when so many kids, many overweight, started getting it. Nor do we know the long-term consequences when a child develops a permanently enlarged heart from being overweight. Plus, Flegal didn’t take into account non-fatal illness. Last year the Rand Corporation found a direct connection between obesity and disability, and a just-released study shows that even a 27.5 BMI can triple one’s likelihood of needing knee surgery. Is that 1,800-calorie Ultimate Colossal Burger from Ruby Tuesday really worth titanium joints?

Finally, there is the issue of health-care costs, which Flegal’s study also ignores. As the journal Health Affairs noted two years ago, expenditures for medical conditions caused by being overweight or obese "account for 9.1 percent of total annual U.S. medical expenditures in 1998 and may be as high as $78.5 billion ($92.6 billion in 2002 dollars)."

The article also noted that "Medicare and Medicaid finance approximately half of these costs." All of which is to say that being overweight is not exactly the picnic Flegal’s study makes it out to be – for individuals or for society as a whole. Maybe the fatophobes know what they’re talking about.

Read Michael Fumento’s additional work on obesity, including his book The Fat of the Land.