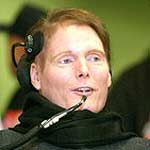 Among the magazines even die-hard right-wingers should occasionally read are the neo-liberal publications The New Republic and The Washington Monthly. They often contain thoughtful articles with stimulating, fresh thinking (including material by decidedly non-neolib me). Alas, that makes it all the worse when they publish something moldier than a slab of Roquefort cheese – as they did with their combined attack on adult stem cells (ASCs). Unlike the official Democratic-party line (as expressed in Ron Reagan’s convention speech and Kerry’s non-response to a question in the second presidential debate), these magazines do not pretend that ASCs don’t even exist. They don’t lie and say President Bush denied federal funding for embryonic stem cells (ESCs). Nor do they promote ESCs as The Miracle Just around the Corner, as John Edwards did in his loathsome exploitation of Christopher Reeve’s death. The problem is that much of what they tell you about research on both types of cells is simply false.

To be fair, Chris Mooney’s Washington Monthly article, "Research and Destroy: How the Religious Right Promotes its Own ’Experts’ to Combat Mainstream Science," does have some validity. It loses it, however, when he writes that "[e]mbryonic stem-cell research is another issue where conservatives have latched onto fringe science in order to advance moral arguments."

There’s no scientific research so promising that it can’t be hyped further. Still, the ASCs – which the Democrats won’t acknowledge, and which the New York Times recently claimed have proved futile in treating human illness – have actually been helping people in the U.S. since 1968. On one website you’ll find a list, far from comprehensive, of almost 80 therapies currently using ASCs. This is treatment – not practice or theory. Incredibly, there are also about 300 clinical trials involving ASCs.

By contrast, the number of treatments using ESCs is zero. The number of clinical trials involving ESCs? Also zero.

The usual response to this is – as we saw with Kerry at the debate – none at all. There is quite literally a nationwide effort to cover up the value, or even the existence, of ASCs. But if there is a response, it’s usually that ASC research has had a huge head start, and that ESCs only need time (and, more important, massive federal funding) to catch up.

Yet as a new book, The Proteus Effect, points out, both ASC and ESC research date back half a century. You might think the author of the TNR piece, Harvard professor of medicine Jerome Groopman, would know that, since his article is ostensibly a review of this book. (Actually, it’s an essay disguised as a review.) Research with ESCs has progressed at snail’s pace simply because they are so terribly difficult to work with compared with ASCs. They suffer from immune-system rejection problems; they often cause tumors called teratomas; they are extremely difficult to convert to a specific type of cell; and, as Groopman admits, "So far it’s hard to get quantities of almost any desired cell."

Nobody’s saying these problems are insurmountable, but that’s why ESCs are stuck in the rodent stage today and why they’ll still be there tomorrow. The head of one ESC research lobbying group told me that research hasn’t begun "in earnest" (a nice hedge). In ten years, if still no real progress has been made, he can use those same words.

Ironically, some of the diseases we’re told ESCs may conquer are already being treated with ASCs. Groopman specifically mentions Fanconi’s Anemia, but this blood illness was first treated (though not cured) with umbilical-cord stem cells back in 1988. He also mentions ALS (Lou Gehrig’s disease). While ESCs might some day ride to the rescue of those with this terrible illness, a consultation of both PubMed and the ALS Association website indicates that there’s much encouraging animal stem-cell research for the disease, but that only one study has involved the embryonic variety.

Meanwhile, we’ve recently heard about the South Korean woman, paralyzed 19 years ago in an accident and unable to even stand up, who is now shuffling back and forth after having umbilical-cord stem cells injected into her spine. Had Christopher Reeve sought the same therapy instead of being a strident supporter of ESCs, he might also be walking. Instead, he died of complications from bed sores. Ironically, he must have known about the promise of ASCs for paralysis since some of the rodent studies that led to the Korean miracle were funded by the Christopher Reeve Paralysis Foundation.

The only possible advantage of ESCs is potential. Mooney writes flatly: "It’s well established that embryonic stem cells can generate any kind of tissue found in the body." After discussing the limited potential of ASCs, Groopman declares, "There is no disagreement among experts about the capacity of another type of stem cell to form any and all cells and tissues of the body. This is the embryonic stem cell." Translation: Disagree with Groopman and you’re not an expert.

But we already know that embryonic cells cannot generate placental tissue. Furthermore, as Medical College of Georgia in Augusta neurologist Dr. David Hess points out, ESCs have only been made into a limited number of mature cells: "Without evidence that they can do more than they have, we can’t say they can become all cell types."

"Embryonic stem cells are capable of becoming many different types of differentiated cells if stimulated to do so in vitro [outside the body]," notes The President’s Council on Bioethics in its January 2004 report, but "it is not known for certain that human embryonic stem cells in vitro can give rise to all the different cell types of the adult body." 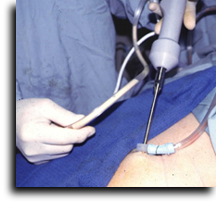 Liposuctioned fat stem cells completely rebuilt the skull of a young girl injured in an accident.

Meanwhile, evidence from three different labs – the University of Minnesota, the Robert Wood Johnson Medical School in New Jersey, and Argonne National Laboratory outside Chicago – have found three different ASCs that may be completely plastic. A fourth entity, PPL Therapeutics of Blacksburg, Virginia, has taken fully mature cow skin cells, reprogrammed them to create "master stem cells," and then converted these to heart cells. As the team leader at the Robert Wood Johnson School, Ira Black, told me: "In aggregate, our study and various others do support the idea that one [ASC] can give rise to all types of tissue." In any case, perhaps we don’t need a "one size fits all" cell. Scientists have already discovered at least 14 types of ASCs that – even if they only have limited plasticity—could perhaps be "trans-differentiated" into all the types of cells we need. So when Groopman says adult marrow cells may not be "fully optimal as treatment for many fatal diseases," he’s ignoring at least 13 other types that could be.

Mooney, meanwhile, puts the kibosh on the whole idea of trans-differentiation. Quoting "Stanford pathologist" Dr. Irving Weissman, he says, "Scientifically, there is no independently verified evidence today that a pure stem cell of one type – adult tissue, say blood forming – can turn into another tissue at all."

But far from being the disinterested party Mooney would have us believe, this simple "Stanford pathologist" is the nation’s leading cheerleader for ESC research and the director of Stanford’s Institute for Cancer/Stem Cell Biology and Medicine, which focuses on ESC research. Weissman appeared in commercials urging Californians to vote for Proposition 71, which they did. As a result, this state with a $14 billion deficit will now channel up to $3 billion over the next decade to ESC researchers—much of it to Weissman’s group.

What’s more, Weissman’s statement was blatantly false. I recently wrote about numerous studies that converted marrow stem cells to heart tissue in living humans, noting that MacroPore of San Diego expects to use fat stem cells to make such repairs routine in as little as two years. In mid-December, German scientists reported that using this type of stem cell they were able to rebuild the skull of a girl injured in an accident. They fully filled in an area totaling nearly 19 square inches.

A PubMed search reveals a slew of studies showing trans-differentiation. One appeared in "Nature Medicine" in November 2000 that converted marrow stem cells from mice into mature liver cells in the same animals. Among the co-authors: Dr. Irving Weissman.

As Eric Olson of the department of molecular biology at the University of Texas Southwestern Medical Center in Dallas has noted, almost "every other week there’s another interesting finding of adult cells turning into neurons or blood cells or heart muscle cells." This week, it was using bone-marrow cells to deliver cancer treatment directly to malignancies, bypassing healthy tissue.

Unfortunately, almost every other week there’s yet another article downplaying ASCs in order to exaggerate the worth of ESCs, or pretending that the only people who think that ASCs have value are pro-life zealots (including President Bush). Yet ironically, the original motivation for the massive disinformation campaign is the relative scientific inferiority of ESCs. Savvy venture capitalists have poured their money into ASCs, leaving ESC researchers desperate to feed at the federal (or state) trough. It is they who are marginalized; it is they who are "on the edges of fringe science."