The massive disinformation campaign by ad vocates of greater federal funding for em bryonic stem cells (ESCs) has been incred ibly successful. Sometimes it involves grossly exaggerating progress with ESCs; other times, as with Ron Reagan’s pathetic Democratic Convention speech, it means refusing to even acknowledge an alternative called adult stem cells (ASCs) even exists. This is notwithstanding that only ASCs have ever treated a human being and that they carry no moral baggage. 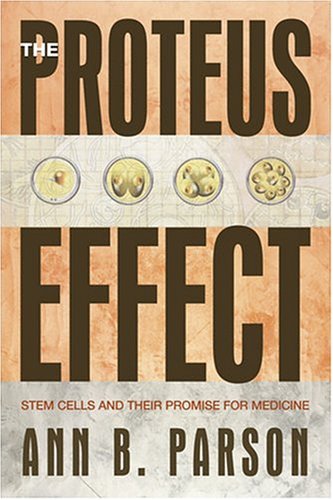 Thus, it’s a shame that a well-researched, highly readable book about both types of cells that starts out being so informative ultimately collapses into a polemical heap, ripping conservatives for allowing alleged religious zealots to delay development of ESCs.

Parson wonderfully describes the discovery of both types of cells. ESCs were first observed centuries ago by pathologists who found tumors in ovaries and testes that contained teeth, hair, nerve, bone and other mature tissue from cells normally found anywhere in the body but the gonads.

It wasn’t until the 1950s that mouse studies revealed that the tumor and its bizarre contents came from an embryo the animal absorbed in the womb. Scientists reasoned that human embryos could, perhaps through application of chemicals, "differentiate" into all sorts of substitute replacement cells and even whole organs. Early experiments were promising, but problems became insurmountable and ESC research fell into a slumber for a quarter century.

The discovery of ASCs dates back to the mid-18th century and the realization that some quality allowed creatures like salamanders to regrow lost organs. Much later a Russian scientist deduced that because some cells like blood corpuscles have such short lives, humans must have "baby" cells that could replicate and become mature.

Proof, however, awaited that fateful day in August, 1945, when the first atom bomb ripped apart Hiroshima. It left in its wake thousands dying in slow agony from radiation poisoning that killed the rapidly dividing stem cells in their blood, skin and intestines.

By the 1950s doctors had turned this horror into hope, transfusing marrow stem cells into humans to treat various blood diseases. By the 1980s stem-cell transplants with marrow and umbilical cord blood were routinely curing leukemias. ASCs now treat about 80 different diseases.

And ESCs? "An inescapable truth is that the adult versions are the only human stem cells so far employed for therapy in humans," writes Parson. She also admits it appears the only advantage of ESCs is potential; that it’s widely believed they can differentiate into any type cell while differentiation of ASCs (at least 14 types have been discovered) is more limited. Yet she also concedes this belief may not be true; that one laboratory seemingly showed an ASC to be as pliable as an ESC.

But now the spin. She says the lab’s discovery was only preliminary, inexcusably omitting similar findings from two other labs.

Parson even tries to legitimize an ESC-lobby attack, launched over two years ago, claiming ASCs don’t differentiate at all; rather it’s an illusion caused by the cells fusing together. Never mind the slew of studies with such clear conclusions as: "The process does not involve cell fusion."

Then come the attacks on religious groups, the "far right" and President Bush. Yet the facts detailed in this book itself show that it’s ASCs that are the therapy not just of now, but of the future.

Parson assuredly thinks she’s striking a blow for research over religion, but her anti-morality fervor even puts her on the wrong side of science.