So there I was, wondering how you can have more than eight hundred exhibits at a convention without so much as a single scantily clad woman at any of them. Probably because I was at the international biotechnology convention, BIO 2002, in Toronto, rather than the Bikini Model Expo in Los Angeles.

Despite this unconscionable lack of visual appeal, I spent most of my time wandering from booth to booth grabbing the handouts while others sat in conference rooms listening to lectures and watching PowerPoint presentations. (First prize for handouts goes to Denmark’s Genmab, for a mouse that scurries around while electronically blinking its eyes and uttering a childlike "Nyah-nah-nah-nah-nah-nah!") But the convention was also valuable in providing a chance to interview representatives of some of the world’s most interesting developers of biotechnology.

More than 15,000 participants from fifty-two countries took part in the gathering, sponsored by the Biotechnology Industry Organization (BIO). Showcased technology included health applications such as pharmaceuticals, gene repair, and the building of replacement organs one cell at a time. Many exhibits displayed advances in food and agriculture, such as crops that provide medicine or can feed a growing world population while using fewer acres and fewer chemical inputs. Others highlighted industrial and environmental applications that can clean up toxic waste sites, reduce pollution emissions, and make more products from renewable resources.

Terrorism was on everybody’s mind, of course, and there were countless counter terrorism products being touted. These included protective drugs, chemical detection systems, and gene-sequencing technologies that can map out potential biological weapons so that scientists can develop countermeasures rather more sophisticated than popping Cipro.

You could write a whole book about biotech, and I have. But for present purposes, I’ll concentrate on one thin but fascinating slice of biotechnology – the production of proteins from gene-spliced organisms.

This technology is not particularly new. Gene-splicing dates back to 1973, and insulin from gene-spliced bacteria has been sold since 1982. Yeast and mammalian cell lines, usually those of hamsters, have also been used as miniature pharmaceutical factories for years. These products are called recombinant because they involve removing a gene from one organism and combining it with the genes of another. They’re also called transgenic. Either way, they’ve been a godsend. In some cases, such as in insulin production, these medicines have replaced proteins extracted from animals or cadavers that may contain pathogens. Gene-spliced human growth hormones, for example, came in just like the cavalry after the horrific discovery that the natural protein removed from pituitary glands of cadavers was spreading the awful and incurable brain-destroying disease known as Creutzfeld-Jakob. 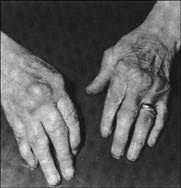 Enbrel has given rheumatoid arthritis victims a new lease on life, but its method of production in transgenic hamster cells is slow and expensive.

Other proteins-such as Enbrel, from Immunex Corporation of Seattle-are entirely new. Made in hamster cells, Enbrel has all the trappings of a true miracle drug. Originally approved for rheumatoid arthritis, it was also recently approved by the federal Food and Drug Administration (FDA) for psoriasis-related arthritis, and there are strong indications that it could fight almost two dozen diseases ranging from cancer to Alzheimer’s. Unfortunately, while proteins do things that chemicals can’t, chemicals are usually far easier and cheaper to make. Enbrel is a case in point. Production facilities can’t be built fast enough to keep up with demand, and thus new patients must be placed on a waiting list as if they needed a replacement liver or heart.

So, what to do? The answer is to use organisms that naturally produce large amounts of proteins and, through gene-splicing, cause them to make the types we need. One good source of these proteins are plants. Unlike proteins from current gene-spliced drugs, those from plants "lend themselves to large volume," Bayer AG’s Ulrich Steiner told the BIO conference. This is because when plants are used for this purpose, creating more stock is a simple matter of growing more acres. Crops may be consumed directly, as with a hepatitis-B vaccine being incorporated into bananas, or they can be used to produce proteins that can be extracted and purified. This year ProdiGene Inc. of College Station, Texas, will become the first company to produce in large commercial quantities drugs derived in this way.

TranXenoGen has a lot to crow about with its medicinal-protein producing eggs.

When it comes to fast, efficient and ultimately cheaper protein production, few things are better than the incredible, edible egg. Altering the genes of hens will cause them to produce egg whites with the potential to produce huge amounts of medicinal proteins in a small space at a very low cost. A Shrewsbury, Massachusetts-based company, TranXenoGen, has a lot to crow about in this particular barnyard. Established in 1996, the company is a leader in developing the technology to make these poached proteins. Each of its chickens lays approximately 250 eggs a year and can produce about 100 milligrams of drugs in each egg. Just as medicinal corn costs little more to grow than feed corn, the same will be true for these eggs.

The greatest added expense would probably be that of providing security against chicken-nappers. (Sorry, no free-range hens will be allowed on these farms.) Whereas a single large farm in Ohio produces more than seven million eggs a day, "Most of our products would only require perhaps ten thousand a day," says Paul Ditullio, vice president of product development at the company. Ramping up production would also be simple: a single randy rooster can produce two thousand offspring per month.

For all the fuss over Dolly as the world’s first cloned mammal, her real purpose was to provide cheap, lifesaving proteins in her milk.

The company’s first commercial product will probably be insulin, but TranXenoGen isn’t putting all its eggs in one basket. It is collaborating with several companies working to produce monoclonal antibodies. These are versions of natural antibodies that are pumped up like Arnold Schwarzenegger to face down diseases that would send the natural antibodies scurrying for cover. Monoclonals are already being used against cancer (Herceptin is one), autoimmune diseases such as rheumatoid arthritis, and in a wide variety of diagnostic measures. "We’re looking at five or six years before we expect to be in commercial production," says Ditullio. Milk is another protein medium with tremendous promise. The original cloned mammal, a sheep named Dolly, was actually part of a greater experiment. The purpose of cloning her was to create a line of sheep that would carry in their milk a human gene for factor IX, a clotting protein that people with hemophilia type B lack.

A single Nexia goat can produce more silk than a mass of writhing spiders.

Researchers are experimenting with sheep and cows to create a wide variety of medicinal proteins, but the first transgenic protein to go from the udder to the home will come from the goats of Nexia Biotechnology of Quebec, Canada. These goats have had a spider gene inserted into their genetic line, allowing a single animal to produce more silk protein than the most horrifying mass of big, furry, writhing spiders you can imagine. Investigative web reporter Matt Drudge recently referenced these animals with a New York Post-style headline: "Genetic Horror Show: Scientists Create ’SpiderGoat’." Unlike the title character in Spiderman, however, these genetically altered animals are just goats, only about one-seventy-thousandth spider; they look and sound just like goats, and their mouths still function as universal trash-disposal units. "We’ve got about 100 animals now, and we’re breeding them into a herd of five thousand by next year," says Jeffrey Turner, a molecular geneticist and president and CEO of Nexia Biotechnologies in Quebec.

This silk isn’t for scarves or neckties: it would constitute the strongest fiber known. A woven cable as thick as your thumb would be able to bear the weight of a 747 airliner. "Mimicking spider silk properties has long been the Holy Grail of material science," says Turner. The silk is slated for use in wound healing, tissue repair, production of artificial tendons and ligaments, and prostheses. The first use, however, will be the development of super-thin, biodegradable sutures for ocular surgery and neurosurgery. These will be available in large quantities in 2004, Turner says.

For Turner, an avid hunter and former Air Force brat, perhaps the most interesting application of the super silk will be in the in the War on Terrorism. Ever wonder why American soldiers seem to take so few casualties compared to those they inflict? Everybody likes to emphasize superior weaponry, training, and gadgets, but the lopsided kill ratios are in large part attributable to Americans’ superior body armor. Current lightweight armor is made from DuPont’s Kevlar, but Kevlar can’t stop a .762 millimeter round from an AK-47, the terrorists’ weapon of choice. Ceramic plates can do the job, but they’re so bulky and heavy that soldiers sometimes ditch them. Nexia’s new "BioSteel," made of the new silk, is expected to have three times the stopping power as Kevlar per thickness, meaning that soft and light armor could replace heavy ceramic. We can rest assured, then, that these goats aren’t monsters, any more than ProdiGene’s plants are Triffids. But it is easy to see how an al Qaeda terrorist might think otherwise.