Deaths, crime, smoking, binge drinking, and pregnancies are all down among our children, according to a just-released federal report. But hold off on the fireworks celebration. The report also says American kids will soon outweigh a medium-sized hippo. 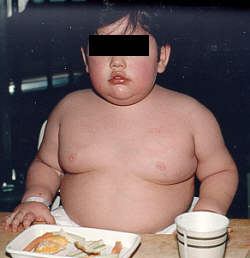 Even blind people have been able to observe this girth growth; what used to be the pitter-patter of little feet has become more of a rumble. Still, the figures are shocking. Since 1980, the number of obese children exploded by 2 1/2 times, according to the Report on America’s Children, produced by the U.S. Census Bureau and the National Institutes of Health. Fifteen per cent of Americans aged six to 18 are obese, compared with merely 6% in 1980.

A horrific one-fourth of Mexican-American children are obese, along with 22 percent of black ones.

Studies show that fat children (beyond about the age of 2) are far more likely to grow up to be fat adults. And fat adults have a far greater likelihood of heart disease, stroke, diabetes, cancer, arthritis and a huge array of other diseases.

What’s to blame for this? Maybe we should instead ask "Who?" Is it the fault of a 3-year-old – or her 33-year-old parents? Children eat more food than ever, more junk, watch more TV, play more video games, and do fewer outdoor activities. Most of this happens right at home.

The remedy for this doesn’t require an "Idiot’s Guide." Parents need to make the children eat better, limit their TV and video game time, and tell them to go out and play.

It’s also vital that they set a good example. It’s both difficult and unfair to insist that your kids flip off "Captain Planet" when they see you watching back-to-back episodes of Seinfeld five days a week.

Don’t think your kids are oblivious to what you eat, how much you exercise, or how fat you are. "Do as I say; not as I do," doesn’t work. 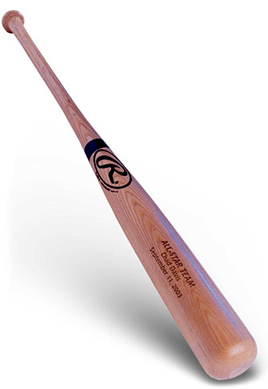 Is this the Pixie Stick of the future?

Parental obesity more than doubles the risk of adult obesity or overweight among children under 10, as the New England Journal of Medicine reported in 1997. Genetics may play a role but as the study’s lead author noted, "Our genes aren’t changing that fast. Instead, children imitate their parents’ eating and exercise habits." Now consider that in 2001 over a fifth of American adults (44 million) were obese according to the Centers for Disease Control and Prevention, a 74 percent leap since 1991.

Schools also deserve blame. Mention the letters "P.E." to a child these days and he’ll think you’re talking about using the bathroom. Blaming budget cuts, schools are banishing physical education so quickly that it will soon appear only in history books.

But parents can demand that schools bring back formal exercise, along with insisting on healthy lunch menus with limited access to junk food machines.

Yale obesity researcher Kelly Brownell claims we live in a "toxic society," that encourages adults and children to become incredible hulks. Brownell is co-author of Food Fight: The Inside Story of the Food Industry, America’s Obesity Crisis, and What We Can Do About It, forthcoming in August.

"Children are overwhelmed with messages and inducements to eat unhealthy food," he told me. Further, "There’s outright glorification of overeating, such as Triscuit cracker boxes that declare in bold letters: "NOT for NIBBLERS!" Portion sizes, Brownell says, have become "beyond belief."

Among other remedies, Brownell favors taxing unhealthy foods (a definition, he grants, that won’t always be easy to assign), with the funds earmarked for projects such as advertising healthy foods and lifestyles.

Despite my own use of "junk," I don’t like the idea of labeling specific foods "bad" because almost anything in moderation is fine. And the hint of any tax raise makes my free-market knee jerk. Yet while I once considered Brownell a radical, the fatter we grow the less radical he seems.

Still, there will never be a substitute for personal responsibility regarding obesity or anything else. For a child, there will never be a substitute for a caring, attentive parent who’s willing to endure occasional whining and weeping, a tantrum – or even the ultimate guilt-trip trick, "But all the other kids’ parents let them do it!" Yes, and their kids may die because of it.