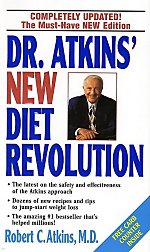 The six-month study found that Atkins dieters lost weight at about twice the rate as the higher-carb group—for two months. Thereafter neither group lost much weight. By the end of six months, the Atkins dieters, however, had still managed to keep off about twice as much weight as the higher-carb group—for what it was worth. The average loss was a mere 13 pounds from that original 290.

Further, the 12-month study indicates even that was probably a doomed effort. Here again, the Atkins group lost considerably more weight for the first half year. But thereafter not only did it begin packing the pounds back on, it did so faster than the higher-carb group. Ultimately, concluded the researchers, "the differences were not significant at the end one of year."

Reporters who read only the press releases presented articles such as AP’s, "Pair of Studies Vindicate Atkins Diet," while others who actually bothered to read the studies themselves—or at least the conclusions—came up with stories leading to quite different headlines, such as Reuters "Atkins Diet May Be No Better Than Just Cutting Fat."

"The probable explanation" for the early weight loss, said the chief researcher of the 12-month study (Gary Foster of the University of Pennsylvania), is that it "gives people a framework to eat fewer calories, since most of the choices in this culture are carbohydrate driven." He told me: "You’re left eating a lot of fat, and you get tired of that." So the Atkins plan is merely a low-calorie diet in disguise.

Soon though, Atkins dieters become so starved for carbohydrates that they either start cheating or quit the plan altogether. In fact, both studies were plagued by high dropout rates from all sets of dieters. The only weight-control regimens that work for life require both eating in moderation and exercise.

"The Atkins diet produces weight loss, as does the grapefruit diet, the rotation diet, and every other fad diet out there," Foster’s co-researcher James Hill of the director of the University of Colorado Center for Human Nutrition in Denver. "I haven’t seen any data anywhere saying Atkins is better than these other diets for weight loss."

In the article, Taubes ignored red flags in the Atkins book that flapped as if in a hurricane. In addition to its something-for-nothing weight-loss promise, Atkins also insisted his diet relieves "fatigue, irritability, depression, trouble concentrating, headaches, insomnia, dizziness, joint and muscle aches, heartburn, colitis, premenstrual syndrome, and water retention and bloating"—in short, it does everything but walk the dog. 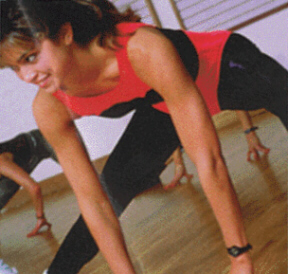 Fad dieters, including the Atkins acolytes, absolutely flip when told that exercise—not fatback and scrapple—is key to permanent weight loss.

Worse, Taubes ignored a mass of published and peer-reviewed studies showing low-carbohydrate diets to be ineffective for long-term weight loss, such as a review in the April 2001 Journal of the American Dietetic Association (JADA) of "all studies identified" that looked at diet nutrient composition and weight loss. It claimed to have found over 200, with "no studies of the health and nutrition effects of popular diets in the published literature" excluded. In some, subjects were put on "ad libitum" diets, meaning they were allowed to eat as much as they wanted as long as they consumed fat, protein, and carbohydrates in the directed proportions. In others, subjects were put on controlled-calorie diets that also had directed nutrient proportions. The conclusion: Those who ate the least fat carried the least fat.

Instead, Taubes put his own spin on five then-unpublished research efforts.

"The results of all five of these studies are remarkably consistent. Subjects on some form of the Atkins diet," he insisted, "lost twice the weight as the subjects on the low-fat, low-calorie diets."

But two of those are the ones discussed here. Somehow, "The differences were not significant at the end of one year" doesn’t seem to support "lost twice the weight."

A third of the five studies lasted only 12 weeks, which these two studies indicate to be obviously of no use. A fourth, according to chief author Eric Westman at Duke University, does back Atkins. But then again, Atkins backs him. The Atkins Center has an open-ended commitment to fully support Westman’s work. 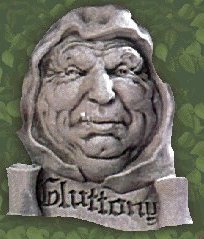 "All-you-can-eat so long as it’s low-carb" is a license to gluttony, not a successful method of weight loss.

The last of the five studies is from the University of Cincinnati, where co-author Randy Seeley of the university’s Obesity Research Center says the Atkins cohort did have twice the weight loss at the end of the six months. But his explanation is similar to Foster’s, if more colorful. "If you’re only allowed to shop in two aisles of the grocery store, does it matter which two they are?" he asks. Nevertheless, at least there seemed no evidence that all that saturated fat in the Atkins diet increases the risk of heart disease.

In neither NEJM study did the Atkins dieters have increased LDL (low-density lipoprotein or "bad cholesterol,") and the 12-month one even found a small increase in HDL high-density lipoprotein or "good cholesterol." Finally the triglycerides (fatty compounds in blood) of the Atkins dieters decreased. Lower triglyceride levels have been linked to lower rates of heart disease.

But not so fast, says Robert H. Eckel, professor of medicine at the University of Colorado Health Sciences Center, where Hill works.

Eckel, who coauthored an accompanying commentary in the NEJM, says one probable reason for improved blood readings in the Atkins cohorts is that they did have greater weight loss, at least part of the time, in both studies. "Generally when people lose weight, both triglycerides and HDL improve," he told me.

Indeed, even the higher-carb losers showed some improvement in both measurements.

As to HDL, he says, not all HDL is created equal. Just as we once thought all cholesterol was bad, there is now evidence that some "good" HDL may not be good after all.

Finally, says Eckel, epidemiological studies indicate that triglycerides appear to have only a mild direct impact on heart disease; rather they are a marker for other factors that do impact it, just as open umbrellas are not the cause of rain but markers thereof.

The Atkins Center was overjoyed that the new studies may indicate the regimen isn’t dangerous. How peculiar when the most you can say for the best-selling fad-diet book of all time is that it probably doesn’t kill people.