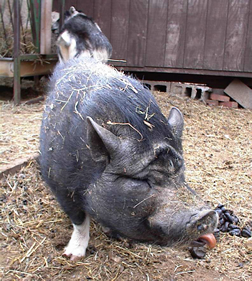 Fad diets inherently downplay exercise, but it’s almost impossible to keep off lost fat without it.

But it gets worse. Even among those who survived the whole year, weight loss averaged a mere five percent. Moreover, participants weren’t just fat or obese, they were morbidly obese. The average Body Mass Index was 35, which equates to a five-foot, eight-inch person weighing 230 pounds. Five percent from a dangerously overweight 230 pounds is a dangerously overweight 218 pounds. Since almost all the weight loss came towards the beginning of the study period, these people weren’t going to lose any more. The only question is how much will they regain?

None of this is startling if you’re at all familiar with the over 30 years of medical literature on diets with varying nutrient compositions. "The studies are clear," Walter Willett, Chairman of the Department of Nutrition at the Harvard School of Public Health, told me. "As far as body fat goes, it doesn’t make any difference where your calories come from.”

That’s why the Tufts Study would also apply to the current top-selling fad book, The South Beach Diet. South Beach is just another low-carb diet; Atkins with a chi-chi title.

Moreover, putting the emphasis almost entirely on nutrient composition essentially eliminates discussion of exercise. Barry Sears claimed on The Zone’s original back cover, “You can burn more fat by watching TV than by exercising.” Goodness, what channel does he watch!

Yet the ongoing 3,000-member National Weight Control Registry shows that over 90 percent of persons who lost substantial weight found they must exercise to keep it off. When Washington Post health reporter Sally Squires interviewed the people behind each of these diets they all went into spin mode, insisting it supported their claims. But do you really think any of them could sell a single book copy, much less as many as 15 million (for Atkins), by admitting to a 50 percent drop-out rate in one year with a mere five percent of weight loss among those left?

Nevertheless, Dansinger told me he was upbeat about his findings. Why? For those who did lose weight, even the few pounds lost translated into significantly improved cholesterol levels. The Ornish diet was best for lowering the bad (LDL) cholesterol, while the other diets were better at raising good (HDL) cholesterol. These improvements probably reduce the risk of heart disease from seven to 15 percent.

“The first fat you lose is abdominal fat and that’s the high-risk stuff – that which is most connected to health problems,” explains Dr. Louis Aronne, director of the Comprehensive Weight Control Program at New York’s Weill Cornell Medical Center. This includes cholesterol.

On the other hand, drinking merely eight grams of psyllium husk fiber (such as Metamucil) daily will reduce your heart disease risk about four percent, help you lose weight, and is a cinch to keep doing. It requires merely four teaspoons of powder mixed in water.

Toss in a bit of that exercise the fad diets discourage, reduce your TV-watching (Sorry, Barry Sears), bring your portion sizes under control, and you’re already way ahead of anything the gurus can ever give you.