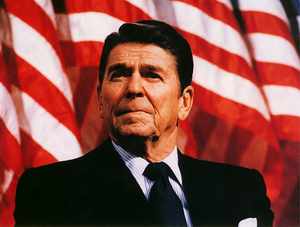 "My fellow Americans, I have recently been told that I am one of the millions of Americans who will be afflicted with Alzheimer’s disease."

When President Ronald Reagan announced that a decade ago, it shook us. Sure, everyone dies; and not all of us leave behind the legacy of winning the Cold War. But a disease that slowly robs you of your mental faculties is a nasty way to go.

Alzheimer’s was the eighth-leading cause of death in the U.S. in 2001. An estimated 4.5 million Americans and 13 million people worldwide already suffer from the disease, and as populations age it’s predicted that by 2025 more than 37 million people worldwide will be afflicted. But medical research will prevent that – as may preventative measures you can take right now.

Amyloid plaques and neurofibrillary tangles are the main indicators of Alzheimer’s. Plaques are dense deposits of protein and cellular material outside and around the brain’s nerve cells. Tangles are twisted fibers that build up inside the nerve cells. It’s generally believed that the deposition of amyloid is the primary cause of Alzheimer’s and thus they have become the prime target for therapy, though a minority belief is that the plaques don’t cause the disease but rather merely accompany it. 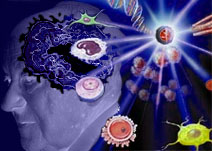 Currently there are five FDA-approved drugs for Alzheimer’s, although unfortunately they only provide a brief restoration of some capabilities. But as of late last year there were 18 drugs in human trials to combat various aspects of Alzheimer’s, according to the Pharmaceutical Researchers and Manufacturers Association. Half were in the final stage of testing or awaiting FDA approval.

Over the horizon are so-called "adult stem cells" (ASCs), extracted from people of any age and from umbilical cords and placentas. Not only don’t they carry the moral baggage of embryonic stem cells (ESCs), but research with them is much further along.

Indeed, several studies have converted stem cells from both marrow and the central nervous system into brain cells. Stem Cells, Inc. of Palo Alto, Calif., for example, has purified stem cells from human brain tissue, multiplied them, then transplanted these into mouse brains. There they grew into human neurons and surrounding brain tissue called glia. Thus it appears we have the building blocks of brain repair for Alzheimer’s and other neurological diseases; we just need to figure out how to use them.

Unfortunately, embryonic stem cell researchers have so powerful a PR machine that many influential people don’t even know there’s an alternative. Thus Nancy Reagan is a staunch ESC research supporter, while a CNN anchor declared incredulously: "Ronald Reagan’s death from Alzheimer’s has not changed the president’s stance on (ESC) research." The Washington Post published an article the day before Reagan’s funeral declaring "Stem Cells an Unlikely Therapy for Alzheimer’s" and in a sense it was correct. The 1,100-word was entirely about ESCs. There was no hint that ASCs exist.

In the meantime it appears there are numerous things you can do to delay or perhaps even prevent Alzheimer’s, including merely reaching for the medicine cabinet. 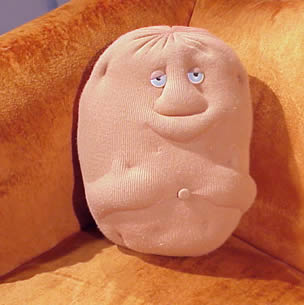 Couch potatoes apparently have an exceptional risk of developing Alzheimer’s.

A paper last year in the British Journal of Medicine looked at all published studies since 1966 and found that people who regularly use traditional anti-inflammatories such as ibuprofen and naproxen (but not the ingredient in Tylenol) have remarkably lower rates of Alzheimer’s, perhaps because the drugs prevent brain inflammation. Unfortunately, no proper dosage has yet been determined and taking too much of these can cause serious stomach bleeding. Consult your doctor.

A slew of studies also show that with statin drugs used to lower cholesterol, a pill a day may keep dementia away. A recent large study found those taking statins for their cholesterol were 71 percent less likely to develop dementia, including Alzheimer’s, than the comparison group. These drugs currently require a prescription in the United States,but will go over-the-counter in Great Britain next month and will probably do so soon here.

A diet heavy in fruits and vegetables appears helpful, perhaps in part because they combat a process associated with aging called oxidation. You can also try antioxidant supplements such as alpha lipoic acid and coenzyme q10, vitamins C and E, and the minerals selenium and zinc.

And speaking of heavy, lose weight. A new study that followed nuns, priests, and Roman Catholic brothers for six years found that those with type 2 (adult-onset) diabetes had a 65 percent greater chance of developing Alzheimer’s. And the best way to get type 2 is to get fat.

Finally, there’s a strong link between Alzheimer’s and potatoes – of the couch variety.

Physical exercise may help stave off development of the disease. Mental exercise such as reading appears to create "cognitive reserve," such that if you do get Alzheimer’s the symptoms may not manifest until much later. An as-yet unpublished study at Cleveland’s Case Western University Medical School found those less mentally and physically active in middle age were three times more likely to get Alzheimer’s as they grayed.

Researchers will find a cure for Alzheimer’s. For now, prevention is up to you. Do it for yourself and your loved ones. And win one for the Gipper.