Obesity can be as dangerous as smoking, and according to the CDC more Americans will soon die of obesity than of tobacco use.

Imagine you’re a smoker with trouble quitting. Then somebody authoritatively assures you that centuries of observation and thousands of published studies on tobacco’s harm are bunk borne of hysteria. Moderate smoking is actually good for you, while chain-smoking is fine if you exercise a bit. And if you believe that, I’ve got a bridge in Brooklyn to sell you – or a new book by Colorado law professor Paul Campos called The Obesity Myth.

Hippocrates himself, over two millennia ago, connected being overweight with sudden death. So did insurance actuaries of the 19th century. Last year the Journal of the American Medical Association reported ( that white men ages 20 to 30 with a Body Mass Index (BMI ) greater than 45 lost 13 years of life compared with those with a BMI below 25. (A BMI over 25 is considered overweight.) At the same time, the Annals of Internal Medicine reported six to seven years of lost life for obese 40-year-old nonsmokers, putting them at the same risk as smokers who weren’t obese.

Campos knows he’s swimming against a tsunami of peer-reviewed medical literature and has no health background. (Full disclosure: I’m also a lawyer but became a full-time health writer 17 years ago). He counters this in several ways.

First, he claims there’s a medical establishment conspiracy so immense that the Illuminati are amateurs by comparison. Then he presents "size acceptance" activists as the real experts, heavily drawing on their assertions. Finally, he selects individual medical studies and tortures them until they confess to his truth, while ignoring the thousands of studies that even a skilled jurist can’t twist.

Campos tries desperately to convince readers that thinness is the real health problem, notwithstanding reports such as the Jan. 1, 1998, New England Journal of Medicine one that observed 300,000 men and women over a 12-year period. "It’s the very lean weight that is associated with the best survival rate," concluded the lead researcher.

Instead, he repeatedly asserts that in some studies the thinnest died first, thereby ignoring the caveats of the authors themselves that this result disappears if you exclude those whose thinness was from smoking or a wasting disease such as cancer.

Thus, the landmark 1995 New England Journal of Medicine study that followed over 115,000 women for 19 years found, "Among women who had never smoked, the leanest women in the cohort (those with BMIs below 19.0) had the lowest mortality." Deaths "were lowest among women whose weights were below the range of recommended weights in the current U.S. guidelines."

Actually, only a small part of Campos’ book even addresses the health effects of obesity. Most of it simply assumes his conclusion, so that he can pontificate on peripheral issues such as (Honestly!) "How weight-loss mania fueled the impeachment of Bill Clinton." 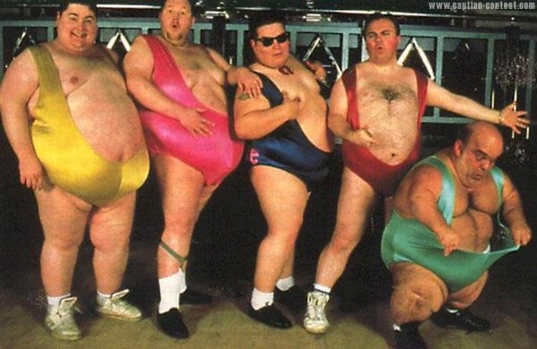 Therefore, Campos devotes less than two pages to pooh-poohing the notion that obesity causes heart disease, relying on quotes and select studies dating back to 1950. Yet enter "obesity" and "heart disease" into the PubMed online database of science and medical journals and you’ll pull up more than 2,900 studies.

Why all this research on a non-existent phenomenon? The latest such study at this writing appears in the May 2004 American Heart Journal and comes to the standard conclusion that, "BMI appeared to have a positive, graded relation with post-myocardial infarction death." Translation: The heavier you are, the more likely you’ll die of a heart attack. Another PubMed search reveals many thousands of studies associating obesity with stroke, cancer, diabetes and a gargantuan list of lesser illnesses.

Meanwhile, a just-released Rand Corporation study found a striking increase in disability among Americans from obesity, while a January 2004 Obesity Research study concluded, "Annual U.S. obesity-attributable medical expenditures are estimated at $75 billion." How strange that a harmless or even beneficial medical condition could prove so expensive! As to Campos’ advocacy of what’s called "fat-but-fit," yes fat exercisers will be fitter than fat non-exercisers.

But fat is a tremendous impediment to exercise. Studies also repeatedly show that people who lost weight but didn’t exercise were healthier than matched controls who exercised but didn’t lose weight.

With two-thirds of Americans overweight, there’s a clear potential for fat profits here. In fact, at least a dozen "Don’t Worry, Be Fatty" books have preceded this one, with titles like Fat?So?. They all tell heavy people what they want to hear rather than what they need to. Campos merely sings the latest version of that sweet Siren song. And like those songs of Greek mythology, this one kills.