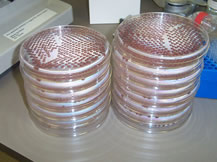 IF they make it beyond the Petri dish, these embyronic cells could help with diabetes in something over a decade.

The slick Juvenile Diabetes Research Foundation International flyer that appeared in Sunday newspapers throughout the country showed a little girl on monkey bars with her hand just inches from the next bar. "The cure is so close we can almost touch it," her accompanying mother says. Likewise, JDRF Chairwoman Mary Tyler Moore proclaimed in a recent TV commercial, "We are so close to finding a cure."

So wrong. JDRF is the world’s largest juvenile diabetes philanthropy, distributing over $85 million in grants last year. Yet it supports no efforts that could lead to a cure any time soon for this blinding and crippling disease that afflicts as many as 1.7 million Americans. Instead it’s become a lobby for controversial embryonic stem cell research and refuses to help fund the only study that could soon bring a cure.

Don’t take my word for it. On the JDRF website’s "stem cell information" page you’ll find more links to ESC advocacy articles, editorials/Op-Eds and testimonies than a German wurst-maker has links.

"For further information" it refers readers to a single group – the Coalition for the Advancement of Medical Research. But the only research CAMR seeks to advance concerns embryos; indeed, it’s the nation’s largest ESC lobbying group. JDRF was one of the eight founding members of CAMR in 2000 and the 2001 CAMR chairman was Lawrence Soler, currently a vice-president with the JDRF.

JDRF’s chairman of program development, Gail Pressberg, is a senior fellow for the left-wing Civil Society Institute, which periodically releases slanted-question polls to persuade the federal and state governments to spend more on ESC research. Speaking of one such poll intended to support a New Jersey ESC bond initiative, Pressberg said in a press release: "This survey shows widespread support in New Jersey for letting the public decide the fate of state funding for stem-cell research." As ESC backers so often do, she left out the word "embryonic" to obfuscate the issue.

Now try the American Diabetes Association website. You won’t see glorification of ESCs or bashing of ASCs. Those quaint folk only seem to care about diabetes, not politics. 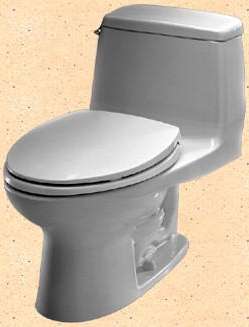 If want to support ESC research, send a check to JDRF. But if want a cure for diabetes, you may as well send it here.

By no means do all the members of JDRF buy into the ESC propaganda, but they are muzzled by the higher-ups. One form parents were forced to sign to attend the JDRF Children’s Congress of 2003 stated: "If there is discussion of such controversial topics as embryonic stem-cell research, I will either embrace the JDRF legislative position on such topics or will not work against the JDRF position."

The ESC obsession "just flies in the face of their mission," insists Larry Raff, a former JDRF fundraiser and now president of the Autoimmune Disease Research Foundation. Raff and his wife have actually donated embryos for experimentation. But he knows what any honest ESC researcher will tell you – that if ESCs ever translates into any human therapy it won’t within the decade. "So close?"

Meanwhile, as I’ve written previously, Harvard researcher Dr. Denise Faustman was the first to cure diabetes in mice and now seeks funds for a clinical trial to replicate her fantastic results in humans. Thrice she has applied to JDRF; thrice they have rejected her. Never mind her impeccable credentials and that she even reviewed grants for JDRF.

Her transgression seems to be that her treatment involves restoring dead insulin-producing cells in the pancreas with ASCs already present in the body. Despite what the JDRF would have you think there have already been tremendous breakthroughs in ASC therapy, with over 80 treatments and almost 300 human clinical trials underway – versus zero treatments or trials for ESCs. Still, nothing would belie the false claims of ESC lobbyists more than curing diabetes with ASCs.

Of course there may be other reasons for rejecting Faustman, but JDRF won’t say what they are. They refused to let me interview them, specifically citing my prior writings favorable to ASC research. Curious, that.

Former top Time Warner executive J. Richard Munro once chaired the JDRF board but is now bitter towards the group and sits on the board of Raff’s organization instead. "I’m a huge fan of Denise [Faustman] and simply cannot understand why JDRF won’t fund her," he told me. "For 25 years my two sons have been diabetic and it’s maddening that nothing has changed."

Nor will it, if we count on the "so close" JDRF.