Something is stinky in the City of Santa Clarita.

Shakespeare it isn’t; but true it is. A diaper recycling company in California, relying on good intentions to clean up the environment, could clean out taxpayer wallets. Its plan: Today Santa Clarita, tomorrow the world.

The firm is Knowaste LLC, and it’s not really a recycler at all but rather a subsidy collector. Indeed, diaper recycling "is an absurdity," Peter Anderson of the Madison, Wis.-based consulting firm Recycle Worlds told me.

In the original six-month trial program, tons of dirty Pampers, Hugs and Luvs were hauled from homes to the Knowaste "recycling" facility, according to figures the company provided to the city. The cost per ton collected was over $1,800. Astonishingly, only about 1 percent was converted into usable products.

The rest went into sewers or landfills because, according to company officials, it wasn’t fit for sale. Translation: Nobody wants to buy the stuff. 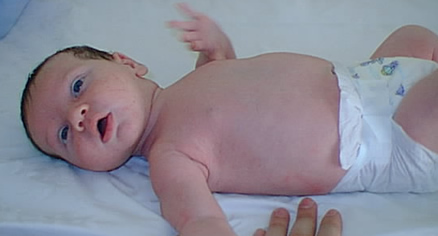 "You’re kidding! This diaper cost 35 cents to buy and seven bucks to dispose of?"

The managing editor of the Santa Clarita Signal newspaper made some calculations regarding the weight of "baby’s little present" and the cost of landfilling. Although he used highly conservative estimates for both he seemed astonished to find, "It costs about $28 to dump a ton of trash at a landfill. So, for the same amount it would cost to recycle, say, nine diapers, you can dump 8,000 of them."

But Knowaste survives and thrives because California taxpayers kicked in $250,000 for the pilot project while Santa Clarita added another quarter million. A hauling company does the special pickups for free.

Knowaste’s modus operandi is to get communities to recycle taxpayer funds into profits. It’s already had pilot programs in three Canadian cities – all of which flopped for the same reason that Santa Clarita’s has.

Rather than profit with dirty diapers, the company sends money to lobbyists and politicians. Much of $282,000 over the past two years went to a failed effort to tax the entire state to expand the program to encompass all of California.

So taxpayers haven’t so much been paying to subsidize diaper processing as to subsidize efforts to get them to pay more taxes.

But the straight poop is that, both economically and environmentally, diaper recycling reeks.

"Only non-ferrous metals, namely copper, and high-grade office papers have a lot of (recycling) value," Anderson told me. Even aluminum can recycling usually doesn’t pay for itself anymore, and to the extent newspapers do it’s only because of laws demanding that recycled newsprint be favored over virgin paper.

This is what Knowaste actually recycles – from the taxpayers to its bank account.

Well then, can diaper recycling help save the environment? On its Web site, Knowaste implies we don’t "have room in our landfills for all those diapers." Rubbish.

All of America’s trash generated over the next 1,000 years would fit into a landfill 44 miles square and merely 120 yards deep, according to professor Clark Wiseman of Spokane’s Gonzaga University. Says Anderson, "There’s enormous overcapacity for landfill space."

Further, famous "garbage archaeologist" William Rathje of Arizona State University has found disposable diapers account for no more than half a percent to 2 percent of landfill contents.

Indeed, the Knowaste diaper scheme is actually harming the planet.

First, the diaper barrels are picked up separately, requiring fuel consumption that causes air pollution. At the Knowaste facility, electrical machinery uses more fossil fuel to help break down the material. Huge amounts of water, again heated with fossil fuel, are also used. Knowaste itself estimates this at 1.7 million gallons a year for a citywide program – in an area with essentially a permanent water shortage.

Then more fuel is used to haul virtually all the scrap to the landfills, to which it should have gone directly.

Lest you haven’t heard, California is suffering an incredible budget crunch. Yet bizarrely the City Council has already once voted to extend Knowaste’s contract. Soon it will vote again on the program.

Most of the members seem to be oblivious not only to its own sanitation insanity but to the rumblings coming even from countries like Sweden and Germany, where recycling is practically a religion. They are now realizing that landfilling and incineration usually make far more sense.

Knowaste’s dirty diaper deal is hardly unique among operations that prey on our concern for the environment, but merely one of the most obvious and outrageous. It’s a cautionary tale for those who may be kicking the planet in the side by thinking with their hearts instead of their heads.