I don’t know about you, but when I want a real scare I don’t pick up a Stephen King novel or rent a movie like Curse of the Demon. No, when I want a real bone-chilling I go to my neighborhood news stand and look at the covers of the women’s and family magazines.

Where else, I ask you, can you find such headlines plastered over the face of Kathie Lee Gifford or Claudia Schiffer: "Schools That Make Kids Sick," "The Foods That Are Poisoning Your Child," "Are Pesticides Poisoning Our Children?" "The Woman Who Stole 5,000 Babies," "Stranger Danger," "The Infidelity Epidemic," and "EPA Warning: How the Sun Can Kill Your Kids."

My favorite? Hmm . . . That would probably have to be: "Shocking Report: Babysitters who Maim and Kill." Boy, that’ll keep a parent up at night, won’t it? Or at least keep the parent from ever going out again until the children are old enough to stay home alone.

To Family Circle, every house is haunted by threats to your kids.

Professor John Graham of the Harvard Center for Risk Analysis did a poll in which he found that women were far more likely to buy into the latest fad scare than were men. While he wasn’t sure of the reason, I’ll bet these magazines have something to do with it.

The Washington, D.C. watchdog groups Consumer Alert and Media Research Center appear to agree. Indeed, their recent study, "Women’s Magazine’s: A Liberal Pipeline to Soccer Moms," found that in addition to lipstick and tampons, what these magazines specialize in selling is fear — and the notion that Big Government is almost always the solution.

Looking at a year of offerings from 13 such magazines, with a combined circulation of over 66 million, the organizations found most stories on science and risk issues served no other purpose than scaring the skirts off readers — outnumbering balanced articles by two-to-one.

Once these magazines have you hyperventilating into a paper bag, they then spring upon you the solution to these terrible problems. Yes, it’s Uncle Sam, or more specifically Uncle Bill and Aunt Hillary. 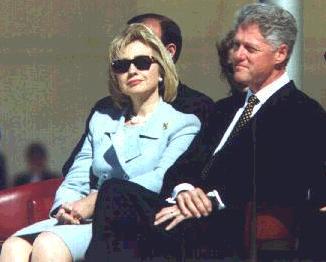 Having made their readers feel bad about the way mankind is treating the environment (when you’re describing something bad, like polluting, using "mankind" isn’t sexist), they then go on to promote feel-good environmentalism.

Never mind that even the New York Times magazine recently did a cover article affirming what free-market environmentalists have been saying for over a decade — that most recycling is a waste of time, energy, and money. Out of the 15 articles in the women’s magazines on recycling, each and every one was solidly in favor of it. (Actually, probably the last 14 articles were simply recycled versions of the first one.)

"Story after story," in these magazines, says Consumer Alert Executive Director Fran Smith, "outlines a problem and proposes that a new law be enacted and that women should lobby for it."

Not for nothing did the Clinton team label its re-election campaign aimed at young mothers and women in general as its "Redbook strategy." The Redbooks of the nation had already paved the way for his second term.