Hell hath no fury like an investor burned. But is there any good reason to have written off EntreMed?

Over the past two years the press, securities analysts and investors have ganged up on the Rockville, Md.-based biopharmaceutical company as if it were run by tyros. The truth is that this firm is participating in a field of research that has attracted many scientists and holds out the promise of attacking cancer in a novel way. At the heart of the fracas are a process called angiogenesis and the EntreMed-affiliated researcher studying it, Judah Folkman of Children’s Hospital, Boston. 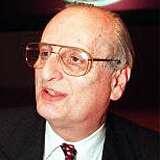 Once ridiculed and ostracized, Judah Folkman is now on the short list for the Nobel Prize.

In angiogenesis a tumor sends out biochemical signals leading to the formation of new blood vessels to draw in oxygen and other nutrients. Without these vessels, a tumor can’t grow much larger than a pea. If the tumor has already passed this size, its private blood supply will already be established and an antiangiogenic agent may be able to stop its growth, shrink it, or even eradicate it. It may also reduce the tumor’s ability to metastasize by inhibiting the release of cancerous cells into the bloodstream through vessels.

Dr. Folkman first suggested as much in a 1971 article in the New England Journal of Medicine. He was ridiculed and ostracized. Now, after his results have been confirmed by other labs, he’s on the short list for the Nobel Prize.

"He turned oncology on its head and single-handedly ignited a scientific inquiry that now involves more than 1,000 laboratories around the world," says William Li, president and medical director of the Angiogenesis Foundation in Cambridge, Mass. "We estimate that by 1998 already more than $4 billion in public and private money had been invested in angiogenesis research." This includes about 50 drugs in various stages of human testing to treat more than 30 different types of cancer.

EntreMed is working on three chemicals with antiangiogenic properties. In late 1997 Folkman and colleagues reported in Nature magazine that endostatin eradicated tumors in mice. The account was picked up at the time in the daily press, including the New York Times.

Six months later a science reporter at the Times expanded on the development in a dramatic front-page Sunday story that began: "Within a year, if all goes well, the first cancer patient will be injected with two new drugs that can eradicate any type of cancer, with no obvious side effects and no drug resistance — in mice."

Phone calls flooded EntreMed the next morning. Its stock shot up from $12 to $85 before settling back to close the day at $52. This, despite the fact that there were as many as two dozen antiangiogenesis drugs already further along in clinical trials, says Dr. Li.

EntreMed issued a press release that cautioned that "no assurance can be given that either of these proteins will prove to be effective in humans." Dr. Folkman himself injected several notes of caution.

The press ignored the facts and hyped the story, which hit the covers of all three major U.S. newsweeklies. Given all the artificially pumped-up expectations, a backlash was inevitable. In November 1998 the Wall Street Journal ran a damning piece on EntreMed and Folkman, portraying him as a promoter promising "too much too soon." EntreMed’s stock fell 24% that day. The pounding continues — long before the results of the first human trial of endostatin are known.

Back in May the Boston Globe paraphrased a National Cancer Institute official saying the drug "has yet to show dramatic benefits after seven months of safety testing." EntreMed’s stock dropped by almost a third. Three days later the Chicago Tribune followed with a story stating that endostatin was a disappointment. EntreMed shares fell 12%. The bad news was premature.

In November EntreMed should announce results of the Phase I clinical trial for endostatin. And even this will prove only so much. "This stage of testing is about safety, tolerance and dose-finding," notes EntreMed cofounder and Chief Executive John Holaday.

At this point the doses are necessarily small, perhaps too small to do much. A clearer picture of efficacy emerges from Phases II and III. Still, says Holaday, "we’re really encouraged" by results thus far.

How will investors respond to the outcome of Phase I? If they understand anything about the meaning of those results — and if the news isn’t entirely negative — they may finally give EntreMed and Folkman a break. But don’t count on it.