Are Americans becoming more superstitious? Writing in American Outlook, Michael Fumento Please see "Unpopular Science: Public Distrust of Science and Technology Can be Deadly"makes a good case that we are — and also less rational, more fearful and less well-informed than we once were.

In 1976, 17 percent of Americans believed in astrology. Today, 37 percent say they do. More than 50 percent of Americans now believe that some people have the power to talk to the dead. In 1976, only about 12 percent believed that. And belief in fortune-telling has almost tripled, going from 4 percent in 1976 to 14 percent today.

Mr. Fumento wonders if we’re seeing Generation X or "Generation X-Files." One datum he finds indicative of a loss of reason among the American people is belief in faith healing, which has jumped significantly since 1976, from 10 percent to 45 percent.

But there are other explanations for that statistic. Clearly belief in faith healing, if it takes the form of denying your sick child antibiotics on the grounds that God will heal him, can be a very hazardous belief. But the poll result Mr. Fumento cites may reflect merely the attention paid during the last several decades to the undeniable health effects of religious faith and practice.

Regular church-goers tend to recover faster from surgery, have fewer life-threatening infections and generally enjoy better health than their atheist neighbors. Of course, it is impossible to know whether fellowship and connection to a supportive community accounts for this, or if it’s the hand of You Know Who.

In any case, reports of the health effects of faith could certainly account for a greater willingness to say that faith healing (which can be quite a dangerous belief in the wrong hands) can work. 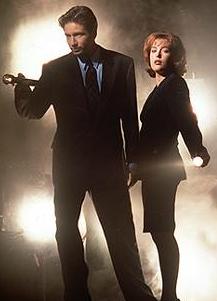 "X-Files" conspiracy and paranoia — the choice of a new generation.

Mr. Fumento notes that belief in science and rationalism is declining just at the moment when the blessings of science have never been more apparent. We are living longer and healthier lives than any people in the history of humanity. There is no one I know, not even the most romantic conservative whose idea of perfection would be tea with Jane Austen, who would trade living now for living in any earlier time. Our ancestors certainly had better manners than we have, but to live in any previous century would be to forego modern dentistry, pain-killers, antibiotics and refrigeration. Lack of refrigeration meant spoiled food was constantly causing vomiting, diarrhea and other ghastly symptoms. Children were carried off by a multitude of diseases. And women died in childbirth with appalling regularity, leaving children behind.

So if the benefits of science are so apparent, why do we fret so about environmental hazards like pesticides and chemical additives? Why do we have periodic frights about Alar, saccharine and silicone?

Because, Mr. Fumento believes, there are professional scare-mongers out there with incredible influence over the mass media.

Citing the S. Robert Lichter and Stanley Rothman book Environmental Cancer: A Political Disease? Mr. Fumento reports that two-thirds of environmental activists answered "yes" to the question, "Is there a cancer epidemic?" Fewer than one-third of experts on cancer agreed. Among journalists, 85 percent answered yes. Twice as many journalists as experts believe that cancer-causing agents are "unsafe at any dose."

The bias toward environmentalists and against science is so strong that the American people have been repeatedly exposed to large doses of unnecessary panic. From alar and dioxin to PVCs and silicone, the media create one scare after another — and not just about chemicals. After every plane crash, the press whips up hysteria about flying, despite the reality that flying is safer than driving or even walking.

So the next time you hear that serving your kids broccoli or giving your baby a rattle treated with PVCs is going to poison him, ask the old Roman question: Qui Bono? Who benefits from the scare?