Are we perhaps missing the forest for a single tree in the dispute over the nomination of Dr. Henry Foster Jr. to the position of Surgeon General?

Fabricating one’s record on so important an issue as abortion and inflicting involuntary sterilizations are certainly important issues, and Foster’s credibility deserves questioning. But we should also question the very existence of the office he’s seeking.

House Speaker Newt Gingrich has called for elimination of the position. California Republican Rep. Robert Dornan has introduced legislation to do just that, declaring it to be little more than a bully pit for left-wing causes and a waste of $1 million a year.

Even Democratic Sen. Joseph Biden of Delaware, has declared, "You could eliminate the entire job, and you’d have no impact on the people of America." That’s not exactly a vote for elimination, but neither is it an "over my dead body."

Biden could have added that for some recent years, we didn’t even have a Surgeon General and nobody was the worse for it.

At one time, the office of Surgeon General, established in 1870, was a powerful one. As head of the Public Health Service, its holders played an important role in combating infectious diseases. But like those diseases, it went into decline and by 1968 had been stripped of power.

The assistant secretary for health in the then-Department of Health, Education and Welfare took over the Public Health Service. Then from 1973 to 1981 there was no separately held office of Surgeon General at all.

Jocelyn Elders would never have had the opportunity to lecture us on the advantages of solo sex but for Reagan’s re-establishment of the position. The office of any high health official is bound to have political aspects. But with the substantive part of the Surgeon General’s position cut out and nothing nothing but the shell remaining, it practically cried out for politicization. In any event, it got it.

Since 1981, the three holders of the office have sought out controversial and trendy political causes. Thus Dr. C. Everett Koop coined the term "heterosexual AIDS explosion" and produced and mailed off an AIDS pamphlet to every house in America. Then, as now, that made as much sense as sending snow shoes to every house in the country, including those in Miami. The point was simply to democratize the disease.

Those who had earlier opposed his nomination lauded the booklet, praising Koop for his "courage." They were also delighted when he courageously turned his back on the principles that led to Reagan’s having nominated him, essentially shelving one study looking at the possible psychological effects of abortion on the mother and another concerning the killing of babies born with birth defects.

Antonia Novella also took up the AIDS banner. This included penning an op-ed stating, "Sad to say, women are bearing the brunt of [HIV] infection," at a time when male cases outnumbered female cases eight to one. 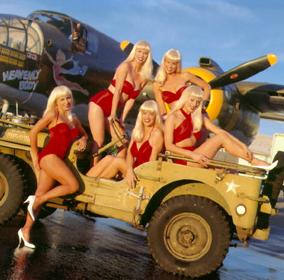 A Threat to Public Health.

Novella also found time to blast one beer maker for naming a brew after an Indian chief, saying it was "insensitive to the plight of Indians." Then she blasted another for introducing the Swedish Bikini Team, which she claimed encouraged testosterone-impaired young men to drink.

Yes, we’re all just a bit healthier now that those peroxided pseudo-Scandinavians have been put to pasture.

Jocelyn Elders made out-of-wedlock pregnancies her pet project. Her weaponry was the same sex education and condom distribution policies that others have tried with little or no success. Foster has given every indication he will follow her lead. Such education does not reduce unwanted pregnancies. Rather, as Barbara Defoe Whitehead noted in her seminal October 1994 Atlantic article on the subject, "Its mission is to defend and extend the freedoms of the sexual revolution . . ."

Naturally, when you spend your time advancing agendae that have little to do with national health, you end up ignoring those which do. Thus while the Surgeons General were busy democratizing diseases and shooing away blonde bimbos, the nation witnessed a waistline explosion. One-fourth of all Americans are now clinically obese, making obesity easily the second-largest lifestyle associated killer of Americans. But no active Surgeon General has bothered to make an issue of it.

It’s possible that the next Surgeon General can rise above the nonsense of the last three office-holders. But it’s doubtful. We can hardly complain that our Surgeons General are putting politics above health when it’s practically written into the job description.

The answer is not putting the person in the position, but in eliminating the position altogether. Let’s retire the uniform before it gets another egg stain.