"Frozen foods are antedated, ask for yours - IRRADIATED!" declared an enthusiastic rhyme in Science Digest. "After more than 20 years, irradiated food may be coming out of the deep freeze," another magazine stated. The years of those statements were 1957 and 1981, respectively. Yet this life-saving food preservation process has only now been approved by the FDA use on red meat. And for other foods it’s already been approved for, it goes virtually unused.

Why? Why have people been allowed to sicken and die and food to needlessly rot? The answer is the triumph of technophobia and faux "consumer advocacy" over science. 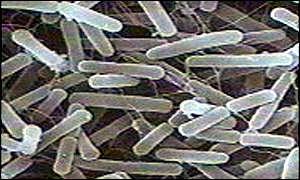 Each year, about 9,000 Americans die of food poisoning. Nobody knows exactly how many could be prevented with irradiation. But three of the biggest killers campylobacter, salmonella, and E. coli — are readily destroyed by irradiation. One irradiation opponent, Michael Jacobson of the Center for Science in the Public Interest (CSPI), has granted it could save thousands of lives yearly from bacteria-infected chicken alone.

The irradiation bombards food with varying levels of ionizing radiation. Depending on the level, it can do anything from greatly retarding the spoilage of fruits and vegetables to killing disease-causing micro-organisms in meat. It’s also commonly used to sterilize medical instruments.

Almost 40 countries use food irradiation, and it has been blessed by such groups as the World Health Organization (WHO), American Gastroenterological Association, and the United Nations’ Food and Agricultural Organization. While other methods of foods preservation have simply been grandfathered in with little or no study, researchers around the world have scrutinized food irradiation for decades, producing hundreds of studies. "All the toxicological studies carried out on a large number of irradiated foods, from almost every type of food commodity, have produced no evidence of adverse effects as a result of irradiation," WHO declared almost two decades ago.

There have been no greater cheerleaders for food irradiation than scientists at the FDA. Yet the agency’s heads have dragged out the approval process since they were given jurisdiction over it 40 years ago, slowly approving one food type at a time. But approval aside, threats of public campaigns and pickets against food processors and stores considering selling irradiated food, along with horrifying claims of anti-irradiation activists (the director of the National Coalition to Stop Food Irradiation (NCSFI) declared it "the massacre of the American food supply"), have made it practically impossible to buy irradiated food in this country other than spices.

Generally arguments against food irradiation contain grains of truth, but applied to other food processing and preservation procedures would basically outlaw food entirely. Among these:

When these arguments fail, opponents fall back on such silliness as Ralph Nader’s populist claim that, "People are rebelling against it all over the country." Since virtually nobody’s had access to irradiated food, there’s never been anything to rebel against. What he could have accurately said is that until recent food poisoning scares, polls often showed Americans to be frightened of food irradiation. Why? Because Mr. Nader and his allies worked fastidiously to frighten them.

Ultimately, there was only one card in the anti-irradiationists’ hand, but it was an ace. It’s the gut fear Americans have of radiation, a fear that began with Hiroshima and was reinforced at Chernobyl. It’s a simple equation: "Radiation" plus "food" equals fear.

There are two major ironies in the food irradiation delay. One is that "consumer choice" groups led the fight, even as they refused to allow consumers to choose irradiated food even when it was clearly marked as such.

Second, these decades of delay allegedly stemmed from concern for our health. Nobody knows how many hundreds of thousands of Americans have needlessly become ill or died in the name of "consumer safety."

It’s enough to make you sick.