In the beautiful resort town of Aspen, Colo., tucked away in the Rocky Mountains, the talk is usually of how deep the latest snowfall was or which famous entertainer has just moved to town.

But in the past few months, the talk has assumed a tone of defiance, as Aspen has became the first community in the U.S. to take on — and perhaps defeat — the Environmental Protection Agency’s Superfund program. 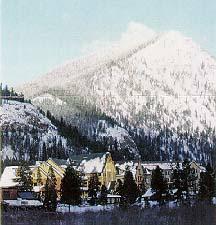 Aspen, a wealthy town packed wall to wall with environmentalists, has formed a group called "Off the EPA."

The EPA had planned to scrape 60,000 cubic yards of soil from around homes and replace it with fresh soil. Gravel drives were to have been paved over. Families would have been temporarily moved out to protect them.

The EPA’s target: lead, a substance that has always been in the town’s soil but has become concentrated as a result of the silver mining process.

But residents had trouble understanding how a naturally occurring substance like lead could suddenly pose sufficient risk to justify disrupting their lives. They formed a group called "Off the EPA." Their protests, and the City Council’s refusal to approve a municipal role in the cleanup, forced the federal agency to shelve the plan, at least for the time being.

The Aspen incident illustrates the growing dispute over whether the EPA’s approach in administering Superfund makes sense environmentally or economically.

Critics say the program is spending vast sums of money on risks that are far from proven, that it is a bureaucratic mess and that the system of recouping cleanup funds from companies that deposited waste is not only unfair but results in excessive legal costs.

Industry consultant Joel Hirschhorn, who formerly performed Superfund evaluations for the congressional Office of Technology Assessment, contends that the EPA’s efforts to protect people from what many scientists regard as minimal or non-existent risks has increased the program’s ultimate potential cost to $1 trillion. Superfund originally was planned as a five-year program costing $1.6 billion.

In Aspen, the announcement of the EPA’s plan left residents incredulous. Extremely high levels of lead such as those found in some paints and some gasoline are known to cause serious adverse human health effects. But low levels have not been implicated, and testing indicated that Aspen residents had only very low levels of the metal in their blood.

Superfund critics say that such apparent folly as pulling lead out of soil where it naturally occurs to a great extent reflects the pressure and influence of certain environmental groups, some of whom accuse the EPA of not doing enough to clean up sites.

Among those who call the EPA’s actions insufficient is the National Toxics Campaign. Said Kathy Hinds, a spokeswoman for the group, "It’s our experience that they [the EPA] take the cheapest way out vs. one that is best for the environment and the health of people."

Hinds, who believes the death of her infant son may have been connected to her having lived near a hazardous waste site — despite a lack of scientific evidence connecting any specific deaths to such sites — added, "I’ve never heard that the water was cleaned up too much."

Hinds believes the major problem with Superfund is simply too many layers of bureaucracy and that the agency is "padding the pockets of contractors."

Nobody questions that some contractors have ripped off the system. Recently, it came to light that one contractor had used government money to pay for Christmas parties, one of which cost $1,600, and that another spent $150 a month in government funds for the rental and care of office plants.

One contractor used government money for Christmas parties. This unamused chihuahua turned him in. (Not really.)

Hirschhorn has said that Superfund "has made many, many people very rich. Only the tip of the iceberg has come out in terms of fraud, waste and abuse."

He contends this is encouraged by the non-utilitarian, uneconomic position of environmentalists and the EPA.

"Environmentalists," said Hirschhorn, "take a very purist kind of perspective that (hazardous waste) is an intrinsic evil or threat.

One result of trying to clean up everything is that very little is actually being cleaned up, including those sites that might pose a true threat to the surrounding populace.

Critics have charged that even the tiny number of sites EPA claims to have cleaned up or to be cleaning up — it says 63 cleanups have been completed — has been exaggerated.

James Bovard, an adjunct fellow with the Cato Institute think tank in Washington, has noted that some of the instances of sites the EPA has listed as "cleaned up" have meant little more than its simply having moved the contents of some barrels, sometimes in situations in which no contamination existed.

In May, the Office of the Inspector General of the U.S. released an audit of sites that the EPA claims it has begun cleaning up, concluding that the agency "overstated" its accomplishments and had not complied with the law requiring that a certain number of sites be in the process of cleanup by 1989.

The EPA claimed that by Oct. 17, 1989, it had begun work on 178 sites, three more than required by law. But the audit said 28 of these sites should not have been counted.

Moreover, said the inspector general, the EPA chose to work on the least contaminated sites first rather than the potentially more hazardous ones, apparently again in an effort to exaggerate progress.

The EPA has vehemently contested the report’s conclusions. But it doesn’t deny that it’s well behind schedule and that the job ahead is nothing short of awesome.

Critics of Superfund cite the debate over how hazardous is "hazardous" as only one of many problems in the program.

Another is the enormous amount of money being siphoned off for legal fees.

Much of this stems from a provision of the Superfund law that allows for the application of "joint and several liability," which allows the EPA to pursue absolutely anyone who has ever dumped any amount of hazardous waste into a designated cleanup site.

The practical result is that the EPA often does not pursue the biggest offenders, merely those with the deepest pockets.

In fact, at least one court has decided that liability under Superfund may even be extended to banks and savings and loans that have so much as foreclosed on companies which have deposited hazardous waste into Superfund-designated sites.

There is legislation pending before Congress that would to a great extent prevent this, But by one estimate, this provision, if fully utilized, could increase the cost of the savings and loan bailout by 20%.

Another irksome factor for business is that a strict liability standard is applied. Negligence or lack thereof is irrelevant.

Many of the companies being tagged for cleanup expenses were acting completely within the letter of the law at the time the waste was dumped and used what was then state-of-the-art technology. Some of these businesses say other means should be used to pay for the cleanups. The American Insurance Group, for one, has proposed to tax corporate insurance premiums to create a pool of funds.

Many businesses have resorted to litigation to keep away the EPA bill collector. In fact, estimates are that 30% to 60% of Superfund money spent goes to trying to fix the blame on someone else.

"Let’s just scrape up all the soil and put back what we don’t want!"

"Granted, a lot of money goes into pockets of lawyers, and that is of questionable usefulness," EPA toxicologist Chris Weis said recently. But "Superfund is incredibly effective as a deterrent.

"It’s the kiss of death if EPA declares your property is a Superfund site."

Others, however, question the wisdom of giving companies the kiss of death, noting that this simply eliminates jobs and reduces competition in industry, resulting in price increases for consumers.

This, in part, is why CEI’s Jeffreys favors replacing Superfund with a much smaller revolving loan fund similar to the sewage wastewater treatment grant program. Under that effort, a state assumes responsibility for the great majority of the costs in cleaning up or in getting responsible parties to clean up. Federal support is limited.

Local or state government, says Jeffreys, will be much less likely to force a local business into bankruptcy and this will instill discipline in a system that currently has "open season on federal dollars.

"It will keep the EPA from sterilizing the planet."

Such a system, he notes, would also put both the benefits and the costs in the hands of the same people.

Hirschhorn does not specifically endorse this idea. Nonetheless, he said, "To my mind, the EPA should set the standards and objectives for cleanup and should not overly prescribe methods to use to reach those objectives and standards."

Another approach, advocated by Richard Stroup, an economist with the Political Economy Research Center, is to privatize sites by paying contractors to assume ownership of a site and responsibility for cleaning it up.

The contractor acquiring the site would then become liable for any damage that might result from its mismanagement of the site and would have to post a bond against such damage.

"The whole idea," he said, "is to get a site into the hands of those who know how to handle that particular site best."

Sites still under operation can be protected, he says, by requiring users to post a bond for potential remediation costs.

Stroup also advocates a role for the government in detecting leaching into water tables and in identifying undetected polluters.

If it continues to do that, said Taylor, "all Superfund ever will be is a giant trough for consultants, attorneys, EPA bureaucrats and environmental special interest groups."