Once upon a time scientists, with few exceptions, could be relied upon to help staunch the never-ending flow of scares-of-the-week emanating from the media and advocacy groups. But more and more, they’re becoming part of the problem. The pressure to publish a positive link between whatever’s being scrutinized and disease has simply become too intense.

Myriad analyses have shown that a positive result in a disease study is more likely to be printed in a prestigious medical journal, (or in any medical journal at all), to be published sooner, to get media publicity, and to bring in additional grants upon which scientists depend.

Researchers know this better than anyone, and increasingly they’re caving in to the temptation to fudge their data.

Case in point: A study in the June issue of the American Journal of Epidemiology linking household exposure from naturally-occurring radon gas to lung cancer. 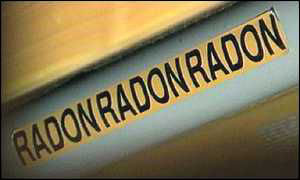 Sure enough, it’s gotten lots of play, with headlines such as AP’s "University of Iowa Study Says Radon Greater Risk than Thought Before." The AP was right on, to hear Dr. Charles Lynch, University of Iowa professor of epidemiology and the study’s principal investigator.

"What this indicates is that residential radon exposure is a significant cause of lung cancer," he said, backing up the EPA’s assertion that nothing else causes more lung cancer than cigarette smoking.

But the authors’ case is flimsier than the straw house of the first Little Pig.

True, the authors admitted, out of 12 published household studies looking for a radon-lung cancer connection, this is only the second to find one. Some have even found significant negative correlations.

Ah, but this study was vastly superior, its authors told us. As the AP stated, it "not only looked at overall radon levels in the participants’ homes, but at how much radon was present in different parts of homes and how much time people spent in those different areas." But no, it did not. It could not.

It was a retrospective study looking back 20 years. It thus invariably suffered from a common epidemiological problem called "recall bias."

Most of us can’t be very specific about how much time we spent in what room last week. But these people were required to search their memories over a period of two decades. Since many of the subjects were now dead, their relatives were asked to answer the same questions! Obviously, this is as scientific as palm reading.

But wouldn’t people err in both directions, with some lung cancer victims understating their exposure to radon?

No, the overwhelming tendency is for people with the disease any disease to "remember" higher exposures than people without it.

Thus people have been asked in studies (I’m not kidding), "How many quarts of chlorine-treated water did you drink daily 15 years ago?" They tended to give higher amounts if they had what was being researched, bladder cancer, than those who were cancer-free.

No true epidemiologist worthy of the title is unaware of the pitfalls of recall bias. That the Iowa scientists ignored it is enough to discredit them and obliterate their study. But that was hardly their only scam.

Another common trick among researchers desperate to find a positive result is to cut the data in just the right way. Because cancer doesn’t spread itself out perfectly evenly in any given population, finding positive results is never harder than cutting the overall group into sub-categories. The Iowa researchers did this in at least two ways, as indicated in one of their tables in the journal article. First, they did show that if you looked at all the people in the (allegedly) highest exposure group, there was no statistically significant increase in lung cancers. But by excluding persons now dead, the highest-exposure category of those left was barely in the bounds of significance! Voila! Household radon is a killer.

Yet even this wasn’t enough to show statistical significance, and if you don’t show significance your results by definition cannot be positive. So despite their reliance on recall bias and despite arbitrarily excluding dead persons, they still needed one more trick. They divided the study subjects into five parts, ranging from lowest alleged exposure to highest. That makes sense. And sure enough, they found no significant increase in the lower four parts, with a significant cancer correlation only in the highest group.

But that highest "fifth" wasn’t a fifth at all; rather it was the top 15 percent. Although it’s impossible to tell without looking at data they didn’t present, it appears that if they had fairly made that top category a full 20 percent, even with their other tricks they still wouldn’t have found statistical significance.

And there you have it; by combining no less than three tricks the Iowa scientists were able to convert what should have yet another study finding no link between household radon exposure and cancer into one finding radon to be a "significant cause." Sorry, but the only significant thing about this study and its appearance in such a prestigious and peer-reviewed medical journal is to answer a question posed by the title of a recent editorial in The New England Journal of Medicine: "Is Academic Science for Sale?" You’d better believe it.