There’s no arguing that America’s top-selling film Erin Brockovich is slick and enjoyable. The $20 Million-Dollar Woman Julia Roberts steals the show by displaying true acting talent (honestly!), not to mention a painted-on mini-skirt in virtually every scene, heels higher than Pike’s Peak, and cleavage that demonstrates the true wonders of a new version of the Wonder Bra. Both movie and actress seem shoo-ins for Oscar nominations.

The problem, alas, comes with the claim to be "based on a true story" of little guys who beat the system. In fact, the lithe Miss Brockovich and her law firm made out like fat rats by exploiting both the system and their clients. Universal and Columbia pictures then exploited the exploitation.

The real Brockovich: Erin Brockovich and her law firm exploited both the system and their clients.

To summarize the film, in 1993 Miss Brockovich, a legal assistant with the Los Angeles area firm of Masry & Vittitoe, began lining up about 650 current or past residents of the tiny Southern California desert town of Hinkley. Everybody and everything from the chickens to frogs to people were purportedly keeling over with illnesses including breast cancer, chronic nosebleeds, Hodgkin’s disease (lymphoma), lung cancer, brain stem cancer, stress, chronic fatigue, miscarriages, chronic rashes, gastrointestinal cancer, Crohn’s disease, spinal deterioration, kidney tumours, "intestines eaten away," and other things unlisted because that’s as fast as I could write in a dark theatre.

It’s made obvious that this huge, vastly varied list of symptoms is from exposure to a rust-inhibitor called chromium-6 that leached into the water table from the nearby Pacific Gas & Electric plant, a $28-billion corporation. It’s clear PG&E must owe Hinkley residents a fortune for pain, suffering, and wrongful deaths. Ultimately, in 1996, it coughed up $333-million (all figures are in U.S. dollars) in the largest settlement ever paid in a direct-action lawsuit in U.S. history.

And though critics will tell you that "based on a true story" has to be taken with a ton of salt (the hit movie Fargo, for example, claimed to be such when the only truth in it was that, yes, there is a state called Minnesota), it appears that without fail they accepted this premise. Among the plaudits:

The problem is that no one agent could possibly have caused more than a handful of the symptoms described and chromium-6 in the water almost certainly couldn’t have caused any of them.

Chromium-6, derived from ubiquitous chromite ore, is considered by the U.S. Environmental Protection Agency and other regulators as a human carcinogen within certain limits. Its connection is only to two types of cancer, that of the lung and of the septum (the piece that separates your nostrils). Further, as one might guess from these two cancers, it’s only a carcinogen when inhaled. Even then, research indicates it takes massive doses over many years and according to William J. Blot, head of the International Epidemiology Institute in Rockville, Md., "It appears the problem has been associated with production of the compounds, not the actual use." 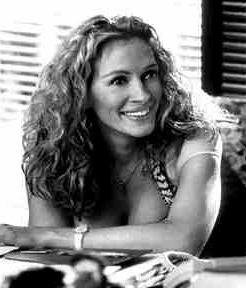 According to the EPA’s Integrated Risk Information System (IRIS), updated in September 1998, "No data were located in the available literature that suggested that [chromium-6] is carcinogenic by the oral route of exposure." Since most of us drink rather than snort water, this would appear to be a significant distinction.

Cancer aside, exhaustive, repeated studies of communities living adjacent to landfills with huge concentrations of chromium-6, including that detectable in residents’ urine, have found no ill health effects. A report out of Glasgow, Scotland, in January indicated exposed residents showed "no increased risk of congenital abnormalities (birth defects), lung cancer, or a range of other diseases."

Coincidentally, a study by Blot and others just published in The Journal of Occupational and Environmental Medicine evaluated almost 52,000 workers who worked at three PG&E plants over a quarter of a century. One was the Hinkley plant, another is near Kettleman, Calif., where Miss Brockovich’s firm is also rounding up plaintiffs. The researchers found that not only was there no excess of cancer when compared to the general California population, but that the overall PG&E worker death rate was significantly much lower than those of other Californians.

Are we to believe that something causing no harm at the plant itself is nonetheless wreaking havoc on those living nearby?

Meanwhile, rodents dosed at 25 parts per million (ppm) and dogs dosed at 11.2 ppm showed no ill effects, though the amount in Hinkley’s water never got higher than 0.58 ppm, a level Miss Roberts’ character tries to make sound shockingly high. As to miscarriages or birth defects, "The reproductive assessment indicated that [chromium-6] administered enough to cause their feces to look shinier than the bumper of a ’57 Chevy — 15-400 ppm in the diet — is not a reproductive toxicant in either sex" of test mice and rats, according to the EPA.

Yet just to play it safe, the evil corporate empire of PG&E in 1987 began buying up homes all around its plant, and supplying free drinking and even swimming pool water to those who wouldn’t sell. There was no cover-up, according to Hisam Baqai, a supervising engineer with the California Regional Quality Control Board in nearby Victorville.

"In 1987, after PG Hinkley made us aware of this problem, we had full disclosure," he told me, "including meetings and written notices. One way or another everybody in Hinkley must have known about this."

Unfortunately, much of the medical evidence came in after PG&E settled. Further, Miss Brockovich’s small firm had brought in an Iowa-class battleship in the form of Thomas V. Girardi, a specialist in toxic pollution suits who makes everybody’s short list of the most powerful attorneys in the United States.

Then ABC’s Primetime Live aired a show on the controversy, eschewing medicine and science in favour of heart-wrenching quotes from unidentified residents as, "Whole families are dying of cancer." Girardi made several appearances. ABC also baldly prevaricated that, "According to the U.S. Public Health Service, at certain levels chromium-6 can cause diseases of virtually every organ in the body."

It’s hardly a wonder that PG&E tossed in the towel at $333-million when slick lawyers and truly suffering (if not from chromium-6) witnesses could have cost them much more at arbitration.

Now Miss Brockovich’s gang are representing other clients against the corporation, both at Hinkley and another location. But the original plaintiffs might have been shocked if they had believed that what would prevail would be Truth, Justice, and the American Way.

The truth is their lawyers snatched more than $133.6-million in fees (40% of the total), while Wonderbra Woman personally received a post-settlement bonus of $2-million. Add in at least one previous bonus and her salary and that’s not a bad haul for two years’ work. How wonderful to do so well by doing good!

Unfortunately, to do so she had to convince a town that it was poisoned for decades and will inevitably continue to suffer the effects indefinitely.

But apparently it was considered a small price to make them pay. And it did make for a really enjoyable film.