To hear some tell it, the scariest part of the best-selling book and blockbuster movie Jurassic Park wasn’t the dinosaurs.

Rather, they say, the terrible Tyrannosaurus rex and vicious Velociraptors are just portents of things to come if scientists continue down the current path of biotechnological experimentation. 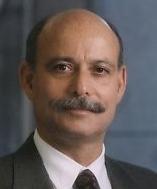 "Now is the time to limit genetic engineering to the treatment of serious disease. Congress must act quickly to ensure that life forms are not engineered, cloned and patented," wrote Andrew Kimbrell, general counsel for the Foundation for Economic Trends, a Washington-based group headed up by activist Jeremy Rifkin, in a commentary tied to the movie’s release.

But others strongly disagree. They say that excessive controls on biotechnology could cripple biotechnology research, just as the emerging field appears poised to produce a new generation of drugs, food and other products.

"I’m concerned, but I think he (Kimbrell) is concerned to a point where he would shut it (biotechnology) down," said Arthur Caplan, a bioethicist at the University of Minnesota who has written extensively on the subject.

Author Michael Crichton’s tale concerns the removal of DNA from the bellies of mosquitoes trapped for hundreds of millions of years in amber. Scientists then rebuild the mostly decayed DNA structure and inject it into embryos, giving birth to dinosaurs that later run amok.

Activists eagerly exploited the movie. Rifkin’s group picketed 150 movie theaters to call attention to what they consider the dangers of biotechnological research.

The actual definition of biotechnology is the application of biological systems and organisms to technical and industrial processes. But the more popular definition is that it is genetic engineering, or removing genes from one organism and inserting them into another.

Polls have shown that many Americans are worried about possible adverse affects of biotech.

A Lou Harris & Associates poll conducted in June found that 60% of all adults believe that it is very likely or somewhat likely that animals, plants, or bacteria produced by genetic engineering will pose a serious threat to human life or the environment. Interestingly, those who saw or read Jurassic Park were less worried than those who didn’t.

The poll also showed, however, that the more educated the respondent, the less fearful they were. A majority of college graduates said they felt it was not very likely or not at all likely that biotech products posed a serious threat.

"People usually say they’re afraid when you ask specifically about biotechnology. But when you (simply) ask them to rank their fears, biotechnology doesn’t even make the list," noted Suzanne Huttner, director of biotechnology at the University of California, Los Angeles.

The difference is that, while the old process would combine one type of cow with another type of cow to produce a certain trait, the new process involves transferring the specific gene believed to cause that trait.

As with the old system of cross-breeding, genetic engineering still involves trial and error. But, on the whole, it is far more precise. It also allows mixing species that in real life could not mate, including crosses between plants and animals.

"Biotechnology promises the greatest revolution in human history," wrote Crichton in Jurassic Park, a sentiment many scientists agree with. It promises to increase food supplies, provide consumer products not yet even imagined, and cure diseases for which there is now no hope.

Already, the only human growth hormone in use is made from a bacteria manipulated with recombinant DNA techniques. The hepatitis B vaccine was made by splicing a yeast gene into a hepatitis gene.

Recombinant DNA technology has also produced the first effective treatment of a form of leukemia and the drug of choice in preventing the rejection of transplanted kidneys.

Last week, the Muscular Dystrophy Association announced that in light of recent successes in tests on mice, it would concentrate its efforts on gene therapy.

Filling theme parks with lawyer-eating dinosaurs will be a bit trickier, though.

ABC’s Nightline did a show on the subject of whether dinosaurs should we cloned, and Steven Spielberg has said his movie "is not science fiction; it’s science eventuality."

Experts say that the ability to reconstruct dinosaurs from a bit of DNA recovered from insect bellies is about as likely as colonizing planets in other solar systems.

Still, much of what science can do today or will be able to do in this generation was considered science fiction until recently. And those who fear biotechnology say already some of their fears are coming true.

One of these is injecting children with human growth hormone, chemically similar to a chemical formerly extracted from cadavers but now created by gene splicing.

Originally, the hormone was used only on dwarfs, people who lack growth hormone entirely. Now, however, it is being used on children who are healthy but happen to be short. The shots must be taken six days a week over a period of years, and no one yet knows whether they will work.

Kimbrell’s group also has blanket opposition to so-called germline therapy, in which the gene is altered or replaced so that it is passed on from generation to generation.

"We don’t really understand enough to do that, to permanently remove a gene," said Kimbrell. "You take out one but you don’t know what you’re doing. We don’t know what is a good gene or a bad one."

He cites the case of two genes, one that carries the cystic fibrosis trait and another that carries the sickle cell trait, and says that both are now believed to have beneficial traits as well.

Caplan said that Kimbrell raises "some good points" but "all of these issues can be dealt with. We can work through answers," he said.

"Right now, Rifkin and all are suing to stop testing of human growth hormone, and I think that’s good," Caplan said. "It makes short stature a disease, and that’s a mistake. I think making less than perfect children a disease is a mistake."

In his book, Crichton writes that biotechnology work is uncontrolled. "No one supervises it. No federal laws regulate it."

In fact, many government bodies regulate biotechnology, though none do so exclusively.

Farm applications fall under the Department of Agriculture, food and drug developments fall under the Food and Drug Administration, and the Environmental Protection Agency has wide authority that can overlap with either of the other two agencies. Indeed, Crichton’s own book has the EPA investigating the dinosaur-making company.

But Crichton is correct in that biotech development itself is mostly unsupervised. Rather, as with traditional cross-breeding, only the end product itself is regulated in the U.S. That, however, may soon change.

Proponents of biotechnology are worried because key Clinton administration positions have been filled by biotechnology opponents.

Gregory Simon, who authored a comprehensive regulation of field research with recombinant DNA organism that was rejected by Congress in 1992, is now Vice President Al Gore’s domestic affairs adviser. Gore himself has written that "Biotech is a powerful and threatening tool."

Ellen Hass, the Agriculture Department’s new chief of food and nutrition, is an activist whose former group, Public Voice for Food and Health Policy, annually hosted conferences critical of biotechnology.

"The new appointments range from bad to atrocious," said one FDA official who has long advocated biotechnology and now fears for his job under the new administration because of it. "These are potentially very damaging appointments."

The U.S. is far ahead of the rest of the world in developing genetically engineered products, in great part because the regulatory climate overseas has stifled research.

Germany, especially, has seen many of its biotech industries flee to the U.S., Japan, and Australia. The FDA official worries that in four years the Clinton administration might be able to reverse that flow by putting the emphasis on how products are developed rather than on the final product itself.

"In regulating a metal ladder, no one asks where the metal came from, whether a scrapped battleship or discarded nails. They ask how sturdy and functional it is," he said.

Probably the most controversial product of bioengineering is bovine somatotropin hormone, or bovine growth hormone, a synthetic version of a chemical that occurs naturally in cows. It can increase milk production in an animal by 10% to 15%. The European Community has banned its use and some American grocery chains have refused milk from such cattle.

But Kimbrell admits the controversy over the cattle horomone is essentially economic. Widespread use of the chemical would cause milk prices to drop significantly and force many farmers already receiving price supports out of business.

Ironically, perhaps, Kimbrell’s colleague Rifkin is the author of a book, Beyond Beef, which blames cattle herds for many of the planet’s environmental problems. The cow hormone would allow milk cattle herds to be substantially cut, reducing their burden on the environment.

In addition to improving the nutritional content of food and extending shelf life, as the new Flavr-Savr tomato does, "It will allow us to increase production with less land so there will be less encroachment on our forests and more restoration of forest land."

Further, she says, it may greatly speed up the development of pest-resistent crops so that less pesticides will be necessary.

As Margaret Mellon of the National Wildlife Federation put it: "I feel an affection for the natural world the way it is — the way four billion years of evolution have made it. I resist the notion of improving nature in the future, just as I lament the loss of nature as it was in the past."

There’s no such thing as a natural breed of dog.

Caplan has no such sentiments. "There is a theme in there that it’s somehow wrong to violate species boundaries or the natural order," said Caplan. "I don’t find that persuasive."

"I think genetic engineering has the prospect of doing wondrous things for mankind," said Caplan.