At one time "The Great War," was called "The War to End All Wars." Strange how a generation later it ended up with a numeral behind it, indicating it was merely the first in a series.

That’s a lesson in humility, and it applies just as surely to medical studies. No one study ever constitutes an end-all and be-all, and anyone who tells you otherwise is feeding you a line.

This includes the lead author of the latest study looking at a possible link between breast cancer and induced (voluntary) abortion. "I think this settles it," said Copenhagen epidemiologist Dr. Mads Melbye. "Definitely – there is no overall increased risk of breast cancer for the average woman who has had an abortion."

The media have raised a toast to Melbye, with such headlines as, "Breast Cancer, Abortion Not Linked, Study Shows." The New York Times put it a bit more coyly, saying the study "may put to rest a longstanding concern."

Such headlines contrasted markedly with those concerning a study by Dr. Joel Brind of Baruch College in New York and other researchers. Then it was "Abortion-Cancer Link Called into Question," and "Abortion Link to Cancer Debated: Study’s Validity Comes Under Fire."

Brind’s report surveyed 23 studies that together indicated a 30 percent increase in breast cancer risk for women who had an abortion. The increase was statistically significant, meaning it appears that it didn’t come about from chance alone.

Of those 23 studies, only six showed no overall increased risk. Eighteen showed there was a risk, with 12 of those statistically significant.

So how could the Melbye study flat out settle the debate? Well, the media made much of its enormous size in that it comprised 1.5 million Danish women. And when it comes to epidemiological studies, bigger is truly better.

The problem is that there’s crucial information missing about most of these women, such that most of them are just kind of along for the ride.

That’s because while the 1.5 million figure is based on all of those born since 1935, the study relies on the national abortion registry, which only goes back to 1973. So any abortions these women had prior to then are unknown.

This data gap is all the more important because, despite Melbye’s claim that "the oldest women have exactly the same (relative) risk as the younger women," his own data table shows that those who got abortions in their teens had a 29 percent higher chance of having breast cancer. But because the number of girls in this category was so small, it’s not possible to say whether the number is statistically significant. 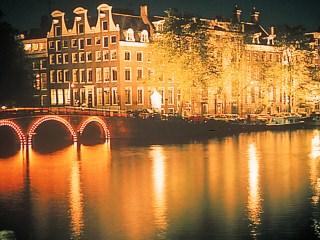 So much for the study being so useful because it’s so large.

The other aspect reporters found so compelling about Melbye’s study was that it was based on government-recorded data, not on women’s claims. Some people have argued against studies showing a breast cancer-abortion link by saying that women with breast cancer might not really have had a higher rate of abortion, but simply be more willing to admit to them.

This certainly is possible, but efforts to prove this keep getting dashed on the breakers before making it to shore.

Thus a recent Dutch study showed that women in the more religious and more rural eastern part of the country were more likely to lie about having abortions than women in the more libertine and urban western part. But guess what? Even in the western part, the researchers found a 30 percent increased risk of breast cancer in woman claiming to have had abortions.

The best argument against a definitive abortion-cancer link comes not from Denmark at all, but from the fact that despite the large number of studies showing a relationship, the average increase is only about 30 percent. In the inexact science of epidemiology, an increase of this size may not really mean anything.

Until more is known about the biology of how an interrupted pregnancy might lead to cancer, it seems wise to keep an open mind on this issue. Yet most reporters’ and some researchers’ minds appear to be hermetically sealed. Why?

It’s no secret that mainstay journalists overwhelmingly support abortion rights, and naturally so do some scientists. And they are aware that people have always linked disease to bad behavior. Thus, leprosy was once seen as an illness of sinners and the Black Death in the 14th Century was at the time widely blamed on mankind having turned against God.

Indeed, much disease today really is related to "wrong-doing" in the sense that it comes about from deliberate actions which society frowns upon, such as smoking and gluttony. Thus, to admit that abortion could cause cancer might be seen as tantamount to saying it’s immoral, even wicked.

But if abortion is wrong, it’s because it takes the life of an innocent human being, not because it may cause tumors. Women deserve to know the truth about abortion, about breast cancer, and about any connection between the two.