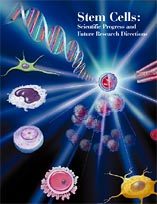 The disinformation campaign aiming to convince President George W. Bush and the American public to allow federal funding of embryonic stem-cell research reached a climax with Bush’s decision to permit federal funds for research on existing stem cell lines. While the embryo-exploitation full-court press was on, it fielded an all-star team of injured and sick celebrities, journalists, and prominent politicians like Senator Orrin Hatch and former Florida Senator Connie Mack. All were demanding that the ban on federal funding of embryonic stem-cell research be lifted. Their distortions reached their nadir with Newsweek’s July 9 issue, which presented the entire argument on the cover—"The Stem Cell Wars. Embryo Research vs. Pro-Life Politics: There’s Hope for Alzheimer’s, Heart Disease, Parkinson’s, and Diabetes. But Will Bush Cut Off the Money?"

But the money had been "cut off" since 1996, long before Bush became president. And even without federal funds, stem cell research has made tremendous strides toward bringing hope to persons with the very diseases Newsweek’s cover lists, plus many others. How to explain these and other such incongruities? Simple: scientific ignorance, with perhaps a dollop of disinformation tossed in for good measure. Advances in tissue regeneration research are coming quickly because of something either ignored or pooh-poohed by embryonic cell advocates: non-embryonic stem cells.

Scientists are finding adult stem cells in tissues throughout the body, then converting them into an incredible array of mature cells to combat a vast number of devastating diseases and injuries. Although these are often called adult stem cells, the proper distinction is embryonic versus nonembryonic, since one of the best sources of so-called adult stem cells are umbilical cords and placentas. Across the board, however, proponents of lifting the embryonic cell research ban are either uninformed or simply uninterested in the tremendous advances in non-embryonic stem-cell research. Often they fail even to recognize this distinction. Despite the semantic debates, the only valid scientific discussion is whether non-embryonic adult cells can make tissues as variable and with as great ease as embryonic ones.

The best evidence says yes. According to a recent issue of the New Scientist, non-embryonic cells are showing this potential, with researchers reporting success at removing adult stem cells from human hair follicles and converting them into skin grafts for victims of severe burns and ulcerated wounds. Other non-embryonic stem-cell developments over the past two years have been equally encouraging:

Two studies published last December in Nature Medicine reported that adult stem cells injected into rodents can transform themselves naturally into neurons and insert themselves into the brain, giving hope to persons with Parkinson’s disease and other neurological disorders. Johns Hopkins School of Medicine researchers injected non-embryonic stem cells into the spinal fluid of paralyzed mice and rats, half of which partially or fully recovered. This paves the way for human trials for those afflicted with amyotrophic lateral sclerosis (ALS, or Lou Gehrig’s disease) and muscular dystrophy.

Cells from liposuctioned fat (surely our nation’s most plentiful resource) have been transformed into bone, muscle, cartilage, and mature fat cells, according to an article in the April 2001 issue of Tissue Engineering. In fact, Dr. Mark Hedrick, lead author of the fat-tissue report, suggested that the fat cells’ surprising usefulness "makes it hard to argue that we should use embryonic cells."

Unfortunately, disinformation concerning stem cells provides Americans with conflicting and oftentimes erroneous information. For instance, in an open letter to President Bush supporting a lifting of the ban, eighty Nobel laureates claimed that it’s "far too early to know whether adult stem cells are as promising as the cells from fertilized eggs." This letter directly contradicts the previously mentioned research and the statements of experts such as Dr. Donald Orlic of the National Genome Research Institute, who told NBC News in late March that "we are currently finding that these adult stem cells can function as well as, perhaps even better than, embryonic stem cells." A highly disturbing indication of the disinformation being proffered by proponents of using embryonic stem cells was a Washington Post story on July 6th. It reported that a recent Science study on embryonic stem-cell research was altered by its authors to omit important details showing that mice cloned from embryonic stem cells were genetically defective. 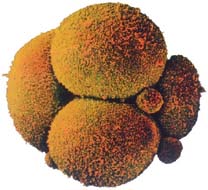 Time and again, scientists involved in adult stem-cell work, including some who say they support lifting the funding ban, have commented that one of the important results of their and others’ findings is that they would make the emotion-charged embryonic tissue debate unnecessary. Among them:

Companies like Viacord, Inc. of Boston have been extracting stem cells from human umbilical cords, and recently New Jersey-based Anthrogenesis Corporation announced that it had been able to collect ten times as many stem cells from a single post-birth placenta as have been gathered from any other single source.

Not only are embryonic cells unneeded, but pragmatism counsels that they should be shunned. Much of the current fear of therapeutic human biotechnology comes from angst over embryonic stem-cell research, expressed across the spectrum of the abortion debate. Rightly or wrongly, use of embryonic cells invokes visions of Dr. Josef Mengele and a spooky slippery slope toward playing around with human life.

So, although maintaining the ban on embryonic stem-cell research as fantastic results pour in from adult stem-cell work would have enabled us to leap right over this moral chasm, Bush’s decision reinforces the ongoing success of nonembryonic research. After all, if private investors truly believed in the possibilities of embryonic reseach, why the clamor for taxpayer-funded embryonic research? In the end, Bush’s decision will not just promote stem cell research, it will also prove invaluable to all future therapeutic genetic research and the vast promise it holds.