Three years ago, women saw the Food and Drug Administration remove their choice in types of breast implants. Now David Kessler’s agency has reduced their options in yet another area. In fairness to the FDA, the agency did not demand the removal of the Today Sponge contraceptive from the market. It just made it inevitable. 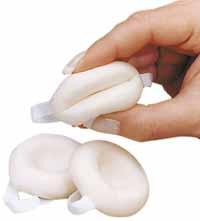 The FDA has put the squeeze on the Today Sponge.

Although a remaining few may be on store shelves, the manufacturer officially stopped producing the sponge on January 10, 1995. Manufactured by Whitehall-Robins Healthcare, the Today Sponge was unique because it could be inserted up to 24 hours before sex and could be used for more than one act of intercourse. It was available without a prescription and, unlike male or female condoms, it didn’t interfere with sensation.

The Today Sponge was popular — since its introduction in 1983, about 400,000 women have used the sponge — and was often used as an interim method while beginning use of the birth control pill. It also provided some protection against the spread of sexually transmitted diseases.

To be sure, as a contraceptive, Today’s failure rate was relatively high, but the FDA considered the sponge both safe and effective. It was certainly a lot more effective than using nothing, which may often be the alternative now that it’s gone.

Today’s fate was sealed when FDA inspectors found that water in the sole plant that produced the sponge contained bacteria. There’s no evidence that the bacteria ever contaminated the sponge, admits FDA spokesman Don McLearn. That’s why the agency never ordered the product off the market.

In fact, the FDA eschews responsibility for pulling the product off drugstore shelves. "They [Whitehall-Robins] have made the corporate decision to close this plant down," McLearn emphasizes.

Ah, but the FDA had let Whitehall-Robins know that the bacteria situation was intolerable — and the agency doesn’t just make suggestions. Explains Whitehall-Robins spokesperson Ann Brice, "We tried diligently to improve [the situation] and did. [But] if we would have changed our manufacturing processes further, it would have required additional approval by the FDA."

Indeed, the only way to meet the standards would have been to set up the process at a new plant. But again, FDA regulations stood in the way. As FDA spokesman McLearn points out, if you make "a product at a new site, it’s a totally new product." It simply doesn’t matter if the product made at the new site is identical to the one made at the old site (as would have been the case with Today).

To the FDA, "new site" equals "new product." And that means the dreaded "NDA," or new drug application, the tortuous approval process for which the agency has become infamous. The "new place, new product" rule is "an anachronism," says Henry Miller, former director of the FDA’s Office of Biotechnology and a visiting fellow at the Hoover Institution in Palo Alto, California. "You can now introduce stringent release specifications and look at whether products meet those specifications, as you do for a drug."

No matter: For the FDA, rules are rules. Faced with a reenactment of such a costly and lengthy procedure, Whitehall-Robins chose to throw in the sponge. Not surprisingly, the pressures that led to that decision outraged people involved in the effort to prevent unplanned pregnancies.

Dr. Robert Hatcher, Emory University professor of gynecology and obstetrics and editor of Contraceptive Technology, has nothing but scornful words for the FDA’s handling of contraceptives. "The delays and costs on companies are unconscionable," he told the Atlanta Journal and Constitution. "As far as I’m concerned, the Food and Drug Administration is Disneyland. It’s a mess." 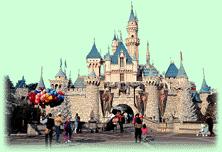 "As far as I’m concerned, the Food and Drug Administration is Disneyland. It’s a mess."

"The point is that women need different methods of birth control throughout their reproductive lifetime," says Susan Tew of the Alan Guttmacher Institute, a Manhattan-based nonprofit organization engaged in research and education on contraception and abortion. "Women spend three-quarters of their reproductive lifetime trying to avoid unplanned pregnancy. Any method found safe and effective should be available to U.S. women."

Although it may look as though we’re in the midst of a "second contraceptive revolution," notes Tew, that’s hardly the case. "In the past few years, we’ve had the Reality female condom, injectable Depo-Provera, and Norplant. But the female condom is the only one of those that is new. The rest were available years ago in countries outside of the States," she says. And, in the case of the female condom, even though Reality had expected to have its product on the market in less than two years, it ended up taking seven.

Such delays aren’t completely the fault of the FDA. The fear of litigation haunts practically any medical device or drug. But complying with FDA rules and producing a safe and effective (and relatively litigation- safe) product may have little in common. Thus the time delays and the expenses are piled on top of each other.

Criticize the FDA and you always get the same three responses: thalidomide, thalidomide, and thalidomide. Three decades ago, the agency — using rules far less extensive than the ones employed toda — held up the approval of this drug that was later linked to thousands of birth defects throughout Europe. In the wake of the thalidomide scare, Congress greatly enhanced the FDA’s ability to keep drugs and medical products off the market.

As a result, says Sam Kazman of the Competitive Enterprise Institute in Washington, D.C., the FDA causes thousands of premature deaths a year. It does so by delaying approval of drugs and devices already available in the rest of the civilized world and much of the not-so-civilized world.

For all its concerns, the FDA is no guarantee of safety, even within the field of contraceptives. For instance, the FDA tested and approved the Dalkon Shield, an intrauterine birth-control device that killed 18 women and injured thousands more before being pulled off the market in 1975.

Similarly, the tampons responsible for toxic-shock syndrome met all FDA regulations. The FDA’s stock reply to such examples is that but for them, there would be even more such deaths. But that’s an inherently unbalanced equation. After all, a product that is forbidden to be sold cannot possibly cause harm. If delayed several years, it cannot cause harm in those years. But neither can it help — and the lives lost because of held-up drugs and devices need to be factored into any serious cost-benefit analysis.

The Today Sponge incident adds another factor to this already deadly equation: It turns out that the full impact of the FDA’s regulatory myopia is not just revealed in preventable deaths, but perhaps in preventable births, as well.