"There you go again," as former President Reagan so aptly put it. Paul Campos’ June 20 article in these pages, "Junk Science about Obesity," is at least his seventh piece in the past two years pooh-poohing the health consequences of obesity. This is exactly what so many overweight people are dying to hear, but "dying" is the operative word because Mr. Campos is wrong: Obesity kills.

In this latest attack, Mr. Campos seeks to debunk the oft-made assertion that 300,000 Americans die prematurely each year from obesity, in the apparent belief that undermining this figure will bring down the alleged conspiracy of federal officials, academics, and private practitioners whom in previous articles he has called a bunch of liars.

But the debunking doesn’t work. The presumptions underlying the government’s much-touted estimate of smoking-related deaths has also been strongly - and to my mind, effectively - challenged. Yet the challengers always state emphatically they are not saying smoking is anything less than horribly dangerous.

For more than a century, insurance actuaries have recognized a clear correlation between being overweight and dying sooner. The current Metropolitan Life Table puts optimum weight for a 5-foot, 5-inch woman of medium frame at 127-141 pounds. Yet the top of that range is below the average weight of American women that height.

Studies from around the world comprising huge numbers of subjects indicate that, if anything, the MetLife table understates the problem.

One relied on statistics culled from the famed Nurses’ Health Study, comprising 115,000 women over a 16-year period. Dr. JoAnn Manson of Brigham and Women’s Hospital, Boston and her colleagues reported in the New England Journal of Medicine [NEJM] in September 1995 that women of average height [5 foot 5] in the 162- to 80-pound category had a 60 percent higher chance of dying during the study period than women in the leanest category. 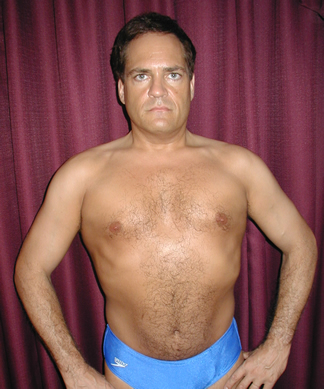 Fat but fit is a fabrication. But four years after writing The Fat of the Land, I’m fitter than ever.

Three years after Dr. Manson’s study, the NEJM published the largest and most detailed study of obesity and mortality to date. In it, Dr. June Stevens of the University of North Carolina at Chapel Hill and her colleagues tracked more than 300,000 men and women for 12 years. "I’m sorry to tell you," Stevens told reporters at the time, "But it’s the very lean weight that is associated with the best survival rate."

Dr. Stevens found that even slight excesses of fat led to large increases in premature death. For example, men averaging 6 feet tall who were between the ages of 30 to 44 and were just 16 pounds overweight increased their chance of death during the 12-year period by 50 percent.

Obesity apologists would have us think that obesity itself isn’t the culprit, but merely a surrogate of some sort. Or maybe it’s just a coincidence that fat attaches itself to people who die early.

Wrong. We know how fat kills.

Mr. Campos repeats the mantra of fat acceptance groups that you can be "fat but fit." But another "f-word" applies here: fabrication.

His source is the Cooper Institute for Aerobic Research in Dallas. The Institute indeed found that obese men, as defined by their ability to stay on a treadmill, had a lower death rate than unfit obese men. The problem is that few obese men in that study, or in real life for that matter, could actually stay very long on the treadmill.

"That’s largely because most obese people don’t, or can’t, exercise much, and those who do become fit tend to lose weight," noted the July 1997 UC Berkeley Wellness Letter. One Cooper researcher, Carolyn Barlow, told the newsletter: "You can’t say ’don’t lose weight,’ because there are health benefits to losing weight."

Even the institute’s founder, Kenneth Cooper, said it’s hard to believe that allegedly fit, fat people can be as healthy as fit thin ones, noting the multitude of studies linking overweight to disease.

The "fat-but-fit" thesis was directly tested in a December 1995 Journal of the American Medical Association study. It compared groups of men on a moderate weight-loss regimen who eventually lost an average of 21 pounds vs. those who remained obese but engaged in regular aerobic exercise. The result? In every measured risk factor for heart disease except one, the benefits of weight loss outweighed those of exercise.

Finally, considering that lack of exercise is one of the two reasons people become fat [the other being excess eating], "fit but fat" is practically the equivalent of "blonde but brunette."

Obesity in the U.S. has increased 61 percent just from 1991 to 2000, according to the CDC. More tragically, the percentage of fat children has more than doubled since the early 1970s. We can no longer blind ourselves to the magnitude of this horrific problem.

Granted that the obesity naysayers are singing a sweet Siren song that many of us want to hear. But like that song of lore, this one kills.