"DEADLY AIR BAGS." So ran the inch-high headline in USA Today. "Why Air Bags Are Killing Children," was the title of an accompanying story. Jump to the next page and you found "Deadly Force: Air Bags are Claiming the Lives of Children," while yet the next jump is entitled "Prescription for Safety Turns Deadly."

There’s nothing a sensationalist paper likes more than running stories about suffering children, and no paper does it better than USA Today. Back in the early 1980s it led the way in publicizing the epidemic of missing children, an epidemic that turned out to be non-existent. Now there seems to be an epidemic of children crushed under air bags which - oh irony of ironies — are supposed to save lives.

Don’t get me wrong. I’m not the world’s biggest proponent of air bags. I am one of the world’s biggest proponents of seat belts. Twice seat belts have saved my life. The second time was when my car went flying off a cliff and tumbled down 350 feet. I would have had just a few scratches had my air bag not then — after the tumbling had stopped — gone off and bruised my face. Gee, thanks a lot.

But that’s the nature of the beast. Presently air bags only protect you in head-on collisions. And while they don’t provide much additional protection beyond seat belts, they apparently do help a little, saving a little over 500 lives a year.

Unless, it seems, you’re a small child.

According to USA Today, probably 20 children will be killed by air bags this year, ten more than will have their lives saved by the devices. Now ten children is ten children, no doubt about that. But this year, according to the National Safety Council in Chicago, about 1,100 children between the ages of 0 to 4 will be killed in motor vehicle accidents. An additional 2,000 will die who are between the ages of 5 and 11.

Naturally, USA Today does everything it can to exaggerate the scope of these deaths. Of 22 children known to have been killed by air bags since 1993, it pictures fully 12 of them. For each and every child on which it was able to obtain records, it lists their name, age, home town, and date of death. Their anguished parents are repeatedly quoted.

Meanwhile, the thousands of other children killed in other ways since then by car accidents go unmentioned, and even the number goes unlisted.

Yeah, yeah, but aren’t I missing the big point here, that these devices that are supposed to save lives are taking them? No, because tradeoffs with safety devices are commonplace. Seat belts, for example, save over 5,000 American lives each year but every once in a while somebody whose life would have been saved if they had been thrown clear was instead trapped in their vehicle by a seat belt.

Air bags do save lives. Last year, according to National Highway and Traffic Safety Administration (NHTSA) figures, air bags saved 570 lives and took 12, including eight children.
The real point here is that while we’re off turning little bogeymen into giants, giant bogeymen are stalking the land but not getting huge spreads in USA Today or elsewhere. 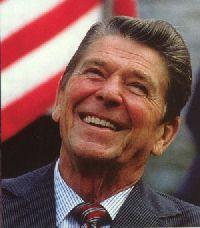 Claybrook knew airbags could be unsafe for little kids, but this lack of safety is President Reagan’s fault for ousting her, says USA Today. Go figure.

A fourth of all children in this country are now obese, setting them up for a lifetime of disease and early death. Schools are steadily dropping physical education programs from their curricula and nobody’s complaining.

Half of all black children in this country, according to Berkeley biologist Bruce Ames, are suffering broken chromosomes due to lack of folic acid in their diets. Broken chromosomes often lead to cancer. Adding folic acid to the diet is a cinch, but parents worried about airbags and all the other media-fabricated scares of the week — from Alar to power line electromagnetic fields to pit bull attacks — don’t even know this.

Of course, as few deaths as air bags cause, they could be made to cause even fewer. Many years ago regulators such as Joan Claybrook, who was then President Carter’s head of NHTSA and is now at the Naderite Center for Auto Safety, suspected that air bags posed a risk to children. Nonetheless, she pushed full speed ahead and child safety precautions were never built in. But whose fault was that? Why, says USA Today, Ronald Reagan’s of course!

"`If I had gone back another four years, it’s entirely possible we’d have gone back and rewritten the (air bag) standard’ to better account for children," USA Today quotes Claybrook as saying. "But Ronald Reagan ousted Carter," says the paper, "foreclosing Claybrook’s chance to revise the standard."