Ya know, it’s getting so you can’t trust anyone these days. A few weeks ago, I was enthralled by the hit movie Fargo, in part because its producers claimed that the tale of murder and mayhem in a small Minnesota town was based on a true story. Only the names were changed, we were told, out of respect to the dead. But there were no dead. The movie was virtually a complete fabrication.

Maybe the movie’s producers took their cues from the way the national media handles the news concerning AIDS. Unlike Fargo, there have been lots of deaths with AIDS. But as the latest yearly data just released from the federal Centers for Disease Control and Prevention (CDC) show, the epidemic that so recently was tagged as spiraling out of control is now fizzling.

Oh, sure, USA Today gave it a graphic comprising 69 words. And the New York Times mentioned that new data existed, but only gave the numbers for New Jersey. The Washington Post only gave it brief mention in an editorial. After all, we wouldn’t want the nation’s lawmakers to know that the disease they keep throwing more and more money at is on the decline, would we?

Contrast this with the coverage the media gave the epidemic in 1994, when cases greatly increased, albeit as the result of a statistical artifact resulting from the CDC expanding the definition of what constitutes an AIDS case. Back then the New York Times’s Lawrence Altman devoted a thousand words to the story, with the scary title "AIDS Cases Increase Among Heterosexuals." Actually they "increased" among ALL groups, but what the hey?

And yes, both USA Today and the Washington Post wrote the story up two years ago, as did the Los Angeles Times and all the other big guys.

This is actually the second year in a row that AIDS cases have fallen, but it means a lot more this year. That’s because last year the data were still reflecting the shakeout from the new case definition. The explosion of cases reported in 1994 led to a dearth in 1995. But this year the decline is clearly real.

Even those reporters who did deign to mention that the largest epidemic of the century was starting to implode nonetheless managed to put a PC slant on it. Thus, Karen Hill’s story for the ssociated Press (AP) was sent out over the wires as "AIDS Rate Down Nationwide, But More Blacks, Women Infected." The body of the story also indicated that there is a "spread" of the disease among women. 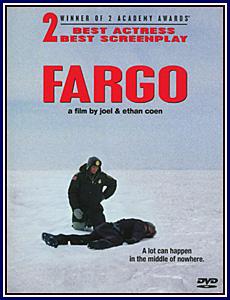 Like Fargo, most of the titillating scenes from the AIDS epidemic were fake.

In actuality, 123 fewer adult or adolescent women were reported to have contracted AIDS in 1995 than the year before. It’s nice to know that even if your child never learns to add or subtract, he can always get a job with the nation’s largest wire service.

If AIDS really were spreading among women, it sure would be hard to explain how births to women infected with the AIDS virus dropped dramatically from 957 to 730. Many states didn’t have a single baby born with AIDS.

How about that heterosexual "explosion" the media loves to talk about? Actually, there was a drop of 500 cases in that category. Even AP didn’t try to mess with that number; instead, like everybody else, they just ignored it.

How about teenagers? It wasn’t long ago that the media were telling us that AIDS among teens would soon be more common than pimples. But teen AIDS cases fell, too.

Indeed, in every way the AIDS epidemic has stubbornly refused to act like the media, the media’s anointed "experts" and the government have said it would go. It has steadfastly refused becoming a democratic disease, an "equal opportunity destroyer" as the nation’s largest AIDS lobbying group once put it.

Instead, the disease is more and more one of the marginalized in our society. Blacks are about 12 percent of the population, yet they now contribute as many victims to the epidemic as do whites. Hispanics also are grossly over-represented. Broken down by risk factor, the vast majority of cases continue to come from homosexual men and intravenous drug abusers.

White heterosexuals, the "risk group" on which the media harp incessantly, made up two percent of all AIDS cases last year.

None of this should be in the least surprising. I predicted it nine years ago in my first science article. I did so not by slaughtering a chicken and reading its entrails, but simply by consulting the publicly available data and interviewing the real experts.

The media and the government ignored these data and those experts, instead fabricating an epidemic of white, middle-class heterosexuals with false headlines, misleading statistics, and celebrity victims. This led to the wasting of hundreds of millions of dollars fighting non-existent fires while the real ones have raged on.