When the EPA first announced its new regulations on ozone and airborne fine particles, it estimated they would save 20,000 lives yearly. Then it dropped that to 15,000. Now it’s provided a range, with the middle being 10,150 lives. Funny how the numbers keep dropping. Yet, when you look at the economics behind the hype, you find that far from saving lives, it’s the regulations themselves that will be the real killers through the costs they will impose.

First, let’s consider the lives the regulations are supposed to save. Even the EPA admits there’s no good evidence that current levels of ozone are killing anybody.

Instead, the EPA’s claim of saved lives comes from its plans to restrict fine particles, invisible to the human eye but allegedly disastrous for lungs. The agency and the environmentalist groups like to talk about hundreds of studies backing up their position. In fact, try four. That’s the number of published studies that look for a connection between fine particle pollution and deaths.

One study is fraught with problems, but at least on its face seems to support the EPA theory. Another looked at six cities, in which three showed that as fine particles went up deaths went up and three cities showed no such thing. The other two studies found no statistically significant association between fine particle levels and deaths among persons who had never smoked. For those keeping score, 1.5 for the EPA position, 2.5 against.

So much for the evidence that the regulations will save lives. But how will it take them?

The expression "Wealth Equals Health" is almost universally accepted. It means wealthier people can afford better hygiene, better health care, safer vehicles and other devices. Even in this, the wealthiest country on Earth, old people die every summer because they’re afraid to use their air conditioners and run up their electricity bills.

Using data derived from the value people place on their own lives, Harvard University professor W. Kip Viscusi has calculated that generally speaking, every $50 million spent on regulation induces one extra death.

Using a different model, based on household disposable income, the Reason Public Policy Institute (RPPI) in Los Angeles comes up with a much higher figure — specifically that every $4.5 million spent in compliance would cost one life. 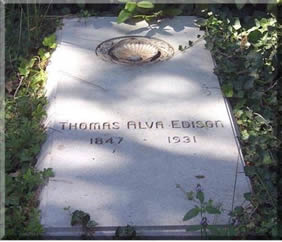 How long before the EPA realizes that costly regulations kill? By the way, this is the grave of Thomas Edison. Probably not killed by the EPA.

To find out how many Americans will die, we need to determine what the new regulations would cost. The EPA would like us to think the ozone proposal, when health benefits are balanced against regulations costs, will be almost free. As to fine particles, it claims the regulations will save so much money in health costs that they will actually make us money.

But others, even in the Clinton administration, find this laughable in a very unfunny sort of way. President Clinton’s own Council of Economic Advisers (CEA) have come up with their own ozone regulation calculations that make the EPA’s look simply laughable. The CEA estimates annual new costs as high as $60 billion annually, while estimates from RPPI and George Mason’s Center for the Study of Public Choice also show the cost of compliance with the new ozone regulations would be staggering.

For fine particles, the EPA says new costs for full attainment will be $37 billion a year, but the agency says that so much will be saved in health care costs that the regulations will far more than pay for themselves. It does this by understating true costs and overstating benefits — such as assigning an incredible $587,000 value to preventing a single case of non-fatal bronchitis. But again, others are in extreme disagreement, with one estimate that the fine particle regulations could go as high as $150 billion a year.

Obviously, some of these ranges are quite large. But adding together ozone and PM 2.5 and averaging the lowest estimates with the highest provides a figure of about 52,000 deaths a year — far more American than die in vehicle accidents.

Mind one, it’s not EPA bureaucrats or environmental lobbyists who will pay the butcher’s bill. Of those who would die, more than half would be those earning less than $15,000 annually, according to the RPPI. We won’t know the victims’ names. Their relatives won’t be interviewed by CNN. But they will perish nonetheless.

Despite this, the EPA and the environmentalists present the debate over the new EPA regulations as pitting the health of the public against the profits of Big (Bad) Industry. "Industry can talk all they want about costs," one anonymous Sierra Club official told the Utility Environment Report in December. "We’re going to crush them." Quite possibly. Along with tens of thousands of Americans.

There was a time when regulators asked how many dollars will it cost to for a given regulation to save a life. With these useless EPA promulgations, they are now asking: How many lives are we willing to spend to save a regulation?