"I think of my job as something of a glorified sewer inspector."

That’s how the co-host of the nationally syndicated weekly movie review show Sneak Previews, Michael Medved, describes what he does for a living.

It’s not that he doesn’t like the job, which he has held since 1985 and which requires him to screen six movies each week. He simply despairs of the moral and ethical quality of the product coming out of Hollywood these days. 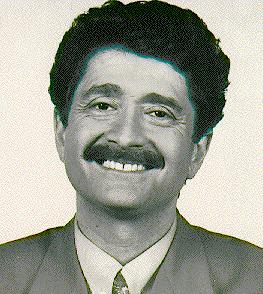 Medved first sprang onto the national scene in 1976 as co-author of the national bestseller What Really Happened to the Class of ’65?

Among his non-fiction books are The Shadow Presidents, about the inner workings of the White House staff, and Hospital, which gave the Michael Medved same treatment to a medical center staff and was a best seller in paperback.

He is both a Hollywood outsider and an insider, having worked as a script- writer or "script doctor" on four major studio film projects.

Medved, who is 43, lives with his wife and two daughters in Santa Monica, Calif. He takes raising a family extremely seriously, which is why he has such despair over the quality of today’s movies.

It’s not, he says, that they aren’t well-made.

"They have a tremendous technical proficiency that is displayed in everything from the camera work, which is remarkably consistent and often dazzling, to the level of the acting, which I think is probably the highest it’s been in the history of Hollywood," he said recently.

"What’s wrong," Medved told Investor’s Business Daily, "is not the body of the films but the soul, and the fact that films so infrequently reflect or even respect the values of the American people. There’s an obsession with pessimism, ugliness, deviant behavior of every kind."

Hollywood, he said, "has demonstrated an increasingly perplexing bias for the bizarre," and he notes that of this year’s five Oscar nominees for best actor, three played murderous psychotics (Anthony Hopkins in The Silence of the Lambs, Warren Beatty in Bugsy and Robert De Niro in Cape Fear), one played a homeless delusional psychotic (Robin Williams in The Fisher King) and the fifth played a manic-depressive neurotic (Nick Nolte in The Prince of Tides).

"Hollywood knows how to portray madness — cannabalism, they’re very good at that," he said.

"But what they seem to have difficulty with is portraying wholesome people in uplifting stories, precisely what Hollywood used to specialize at," he said.

The Oliver Stone film JFK, says Medved, "is a perfect symbol of today’s Hollywood - technologically dazzling, brilliant in its use of filmmaking craft - all for a lavishly evil purpose."

Medved says he ruffled a few feathers when, on a radio interview, he said "every word in ’JFK’ was a lie, including ’and’ and ’the.’"

But isn’t Hollywood just giving the public what it wants?

No, says Medved. What the public is being given "emphatically is not what the American people are seeking with their entertainment dollar. From a business standpoint it’s a disaster, and from an artistic standpoint it has become a disaster."

"Take a look at the movies that really do good business," he said, "and they are to a remarkable extent wholesome, family-affirming films. If you break down a percentage of G-rated pictures that do business as opposed to the percentage of R-rated ones that do, the G-rated do much better."

Among the family movies that have done extremely well is Walt Disney’s most successful box-office opener ever, Beauty and the Beast, which Medved considers the best film of 1991.

Instead, he says, the motion picture industry in recent years has offered up such fare as Martin Scorsese’s non-traditional look at the story of Jesus, The Last Temptation of Christ, and King David, which Medved thinks makes Last Temptation seem reverent by comparison.

With few exceptions, he says, such as the remake of Little Shop of Horrors, says the musicals of late have been as bad as they are infrequent.

"Say what you will about The Sound of Music (which won the an Academy Awards as best picture in 1965)," he said. "But my little girls and children and adults all over the world still sing those songs."

Still, he says, the film industry is just a microcosm for a general downward spiral in this country.

"It seems to me that the motion picture industry is only the clearest example of the thoroughgoing and pervasive degradation of the popular culture," he said. "I find it very hard to believe that anyone will be singing Miss Saigon 30 years from now, or Les Miserables."

Medved is an Orthodox Jew who works on behalf of a wide variety of Jewish causes such as the United Jewish Appeal and the Anti-Defamation League.

In addition to writing commentary on the media and society for a variety of national publications, he also does frequent appearances on radio shows, often on Christian stations. He finds himself quite at home with the values espoused by both Protestants and Catholics.

For instance, he supports the efforts of some, such as Cardinal John Mahoney of Los Angeles and the Christian Film and Television Committee, to establish some sort of a code of guidance for the motion picture industry.

It wouldn’t be a new Hays code, Medved says, referring to the self-imposed regulations Hollywood used from 1930 to 1968 that were notorious for their rigidity in defining what actors could and couldn’t do.

"I don’t think it’s workable, nor is it a particularly good idea to have an office that monitors film content and have specific rules that count the number of moments that someone spends sitting on the edge of someone else’s bed," he said.

"However, I do think that what could happen and will," he said, "is some kind of statement of purposes that would not have a self-regulating mechanism but would at least acknowledge that we in the motion picture studios commit ourselves to a greater sense of responsibility."

"The essence is the idea that we will not do something that will knowingly lower the standards in the community or encourage antisocial or negative behavior," he said.

Specifically, Medved said, studios would agree to "attempt to avoid those projects that would tend to . . . glorify violence, criminality, or sexual exploitation or degradation of women or (denigrate) ethnic minorities or the religious beliefs of any member of the community."

Some would say that this is an insidious form of self-imposed censorship, but Medved responds there are already areas Hollywood has decided to avoid — for reasons that aren’t financial.

He notes, for example, that an espionage novel, The Spike, by Arnaud De Borchgrave and Robert Moss, became a No. 1 fiction best seller, but in Hollywood "no one would touch it" because it suggested communists had infiltrated the media and because Hollywood has a long tradition of anti-anti-communism.

On the plus side, Medved notes that Hollywood switched from glorifying mind-altering drugs a few years ago to a point where drug use is always portrayed negatively.