Did you ever think an ear of corn would save your life? Or that eating bananas might protect you from hepatitis B or save millions of children in underdeveloped countries from a deadly form of diarrhea? Welcome to the wonderful new world of molecular farming with genetically engineered plants.

Through biotechnology, scientists can modify crops to produce proteins that can be extracted and purified to make new wonder drugs. Or they may be consumed directly, as with bananas. This year they move from sci-fi to reality as ProdiGene Inc. of College Station, Texas becomes the first company to produce such proteins in large commercial quantities. The product is trypsin, a component of insulin and other vital drugs that ProdiGene grows in corn.

But this corn is just the beginning of what will be a cornucopia of ways to treat diseases.

Researchers are experimenting on potatoes, tomatoes, and carrots to produce vaccines for hepatitis B. They’re engineering tomatoes, spinach and muskmelon to vaccinate against rabies. Tomatoes have also passed the first stages of testing as a vaccine against respiratory syncytial virus, a plague of infants and older people in nursing homes.

Biotech soybeans appear to be effective against genital herpes, while the lowly turnip is being tested as a way of producing interferon for treating hepatitis B and C. There’s also more than a kernel of truth to the rumor that an AIDS vaccine is being developed in corn.

All of these potential vaccines and treatments are based on proteins, not chemicals. The genes of living organisms produce these proteins. Current biotech methods of making medicinal proteins involve splicing a gene that causes production of the protein into tiny "factories" comprising bacteria, yeast, or mammalian cells.

Plants can be factories, too, producing in large amounts proteins that some of us can no longer make (such as insulin with diabetics), or that our bodies do make but in amounts too small to combat disease. Analysts who follow the biopharmaceutical industry predict that drug makers will not be able to produce enough proteins with the current gene-spliced "factories" to meet the expected demand for new treatments that are being discovered.

One such protein is Seattle-based Immunex Corp.’s Enbrel. Made in cells from hamster ovaries, it has all the trappings of a true miracle drug. Originally approved for rheumatoid arthritis, the FDA also recently approved it for psoriasis-related arthritis and there are strong indications it could fight almost two dozen diseases ranging from Alzheimer’s to cancer.

But building new facilities to grow and purify drugs in hamster cells is terribly expensive and difficult, making Enbrel something of a victim of its own success. New patients are forced to get on a waiting list to get the drug, as if they needed a donor organ.

"My patients are having terrific responses to Enbrel," says Roy Fleischmann, a rheumatologist with the University of Texas Southwestern Medical Center at Dallas. "The usual comment I hear is: ’Thank you Dr. Fleischmann,’ you’ve given me my life back.’" He adds, "Most rheumatologists will tell you they have a renewed purpose in life." 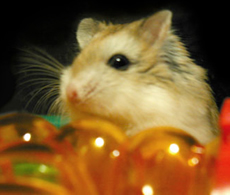 Enbrel is literally a miracle drug, but hamster cells just can’t pump it out fast enough.

Duke University rheumatologist David Pisetski has seen the same miracles. "I’ve had patients say, ’I haven’t felt this good since my arthritis began.’" The drug not only quickly relieves pain but "appears to actually slow progression of the disease." But this makes the waiting list all the more disheartening. "Once you tell a person you have a good drug for them, you want to get it to them soon," he told me.

Current gene-spliced drugs can also be quite expensive, while those taken directly by eating the plant may cost just pennies a dose. Even when proteins must be extracted and purified, as with Prodigene’s trypsin, generating the stock is so much cheaper that plants will always have the advantage in protein production.

So don’t be too surprised if someday soon your doctor tells you to take two bananas and call him in the morning.