For all the attention it drew, you’d think the June 26, 2000, announcement of progress in human genome research was the biggest science news story of the year, with rapturous headlines such as "A Genome Milestone" (Newsweek), "Genetic Code of Human Life Is Cracked by Scientists" (The New York Times), and "Scientists Joyously Announce Gene Sequencing Completion" (Boston Herald).

At press conferences in both the United Kingdom and the United States, attended by both President Clinton and British Prime Minister Tony Blair, the Maryland-based Celera Genomics Corporation announced that it had achieved a "first assembly" of the human genome.

And it was all hype.

This was not an "assembly" in any sense of the word. A true assembly would involve, at the very least, knowing where all the important genes are on each of our twenty-three pairs of chromosomes. Yet we don’t even have any idea of how many genes the human body has, much less what they all do and where they all belong.

In fairness, part of this uncertainty stems from differing definitions of what constitutes a gene, but it is weird that we keep hearing that "X percent of the human genome has been mapped" when we don’t even know how many genes are in it. That said, even if the real number is the low-end estimate of 34,000, Celera has found only about a third of them.

What we really need to know is what the genes composed of those pairs actually do. If you could name each letter in the Cyrillic alphabet, write them all out properly, and put them in correct order, would that mean that you could speak or understand even a single word of Russian? 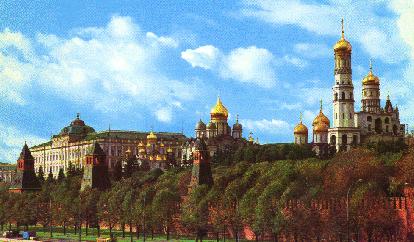 Merely knowing the letters of the Russian alphabet won’t help you much here.

Even if Celera had given us a true gene map and had been able to compose the genetic equivalent of Russian words and sentences out of the genome’s Cyrillic alphabet, the announcement would still be deceptive: there’s no such thing as "the human genome," because each individual’s genetic makeup is unique.

Celera is actually sequencing the genes of just five people, each of whose genetic makeup will be slightly different from the others’—and from your’s and mine. This point is far from splitting hairs—or DNA—because when it comes to fixing our bodies or finding out which medicine is best for any particular person, arguably the most important aspect of our genomes is not the 99.9 percent of the genes we share but the 0.1 percent or so that are different.

Further, Nobody reached any genetic milestone on June 26. There was no substantial difference between what had been accomplished by then as opposed to the month before or the month after. The press conferences were PR events, nothing more. Some scientists have admitted that the much-applauded announcement was hype, but they see Celera’s grandstanding as a way of boosting support for the biotech industry.

Yet despite some bad—and unfair—publicity in the area of genetically engineered crops, biotech needs no such PR boost. Throughout the world, companies are making incredible genetic-medical breakthroughs without any help from Celera or the Human Genome Project.

Rather than waiting for scientists to figure everything out, these companies are taking specific pieces of information they or others have collected and are applying them right now.

In human trials, they’re already replacing and fixing faulty genes. They’re applying this kind of information to organ regeneration, experimenting on how to take cells from one part of a person and make them grow into a completely different type of cell in another part of that person, even a heart or a brain. In actual practice, they’re applying this knowledge to pharmacogenetics, determining a medicine or course of treatment based on mutations in a given gene in an individual person.

All of this is happening here and now to humans, not in test tubes or lab rats or transistors in a supercomputer. Biotech is already ushering in an age of medical miracles. There’s no need for grandstanding.