You’ve probably never heard the term "nocebo" before, but you’ve almost certainly suffered from it. More than that, the nocebo effect is a major player in some of today’s biggest health scares. A nocebo is a negative placebo. That is, while a placebo pill makes you feel better though unbeknownst to you it’s only made of sugar, a nocebo makes you feel bad though physiologically speaking it shouldn’t be able to.

For example, if someone in your office is suffering from a cold you, too, may feel your throat tightening, your bones aching a bit, your head hurting perhaps. Sound familiar? It’s happened to all of us.

When a newspaper at which I worked moved to a new building somebody told the librarian that there was formaldehyde in her new library bookshelves. Formaldehyde is a suspected human carcinogen and the librarian knew this. Soon she was suffering from a headache, aching joints, and labored breathing — all classic psychosomatic symptoms.

But then she heard there was no formaldehyde in the shelves. Suddenly the symptoms disappeared. Apparently the final word on the shelves was that they did contain formaldehyde but the librarian remained blissfully ignorant of this and hence symptom free.

Nocebos don’t get talked about much, which is why the American Health Foundation (AHF) recently called together a number of experts for a conference on the subject. For nocebos aren’t just minor curiosities, but are wreaking havoc in America today.

"We think nocebo has a powerful effect," says AHF President Ernst Wynder, "particularly if the suggestion is made by your doctor and then your lawyer and then the newspapers." 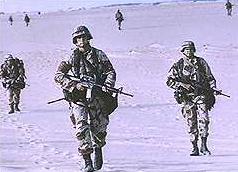 Examples? Consider Gulf War Syndrome. Tens of thousands of Gulf War vets are now claiming that something they were exposed to in the Gulf is making them ill. Their list of symptoms totals more than 75, with the most common being the classic psychosomatic symptoms such as the librarian suffered. Yet study after study, including one just released from the National Academy of Science’s Institute of Medicine, have showed that Gulf War vets have no more discernible illness than one would expect in a group of that size and age category.

Curiously, virtually none of the sick soldiers complained for the first couple of years after the war. Then reservists began to say they were sick but the active duty soldiers still had no complaints. That’s when it hit the newspapers and television, with every news report stating emphatically that the syndrome was real. Suddenly the active duty soldiers were falling ill, too.

Yet for the longest time the mysterious ailment remained confined to the United States. Why? Because other nation’s media weren’t covering the topic. When the British press started writing about Gulf War Syndrome, suddenly British soldiers began falling ill.

"For 30 years women were satisfied with implants," Emory University gynecology and obstetrics professor Dr. Elizabeth Connell told me. Connell headed the FDA panel that investigated the implants. "Lot of studies at the [FDA] hearings and since then showed a very high level of pleasure and acceptance and gratitude."

But then the media and the lawyers got in the act. Newspapers and magazines ran stories with titles like "Ticking Time Bombs," "Toxic Breasts," and "After Implants, Horror Began." Suddenly women with implants were suffering all sorts of strange illnesses and "realizing" that illnesses they already had must be related to their implants.

"When you have women being told they have ticking timebombs in their breasts, what are they to think?" said Connell.

Media reports have also kicked off other famous incidents of hysteria, such as a rash of illness at New York’s Love Canal after the local newspaper informed the citizens they were living on top of a toxic waste dump.

What this means is that the nocebo effect can be greatly exaggerated when the sufferer finds out there’s something to be obtained through the suffering. Sometimes it’s just sympathy. Other times its being taken off a job one doesn’t like. And sometimes it’s big bucks, which is where lawyers come in.

"Got breast implants? Got a sniffle or a scratchy throat? Call me right now!"

Spiegel is convinced that secondary gain is behind many of the breast implant claims, what with some law firms advertising "$100,000 OR MORE MAY BE OWED TO YOU!" if you have silicone breast implants.

"I have no doubt at all that many, " he told me, "of those women . . . have an eye on the deep pockets" implant manufacturers.

Likewise for Gulf War Syndrome, from which many soldiers hope to gain lifetime disability pay and others have joined a class action suit against numerous chemical companies. "Gulf War Syndrome is a wonderful illustration of what I’m talking about," says Dr. Spiegel.

Can the nocebo effect be cured? Sure. The media, the courts, and the general public need to take a healthy dose of skepticism. This won’t be a popular remedy; it’s not as emotionally gratifying as blaming bad guys (corporations, government) or as financially rewarding as suing them. But then, the best medicine seldom tastes good. It’s just good for us.