Once the proud victors of the most lopsided war in modern history, today veterans of the Gulf War are cannon fodder in the mother of all battles against science and sense, the victims of demagogic congressmen, Pulitzer-hungry reporters and lobbyists who claim to have the vets’ best interests at heart.

The vets are the supposed victims of "Gulf War Syndrome," a syndrome that comprises ailments of some of the almost 700,000 men and women assigned to the Gulf region in 1990-1991.

News reports rarely give more than five or so symptoms at a time, leading readers or viewers to believe that the spectrum is fairly tight. In fact, there are over 70 possible symptoms, ranging from insomnia to kidney stones to sneezing and graying hair to "a foot fungus that will not go away."

The strange malady, according to some media reports, can even include malaria, herpes and tuberculosis — diseases formerly thought to have been spread by mosquitoes, sexual intercourse and coughing.

The definition of the syndrome has even been widened to include the Gulf vets’ wives and children.

The most popular theory for the syndrome’s cause is summed up in the USA Today headline, "Trail of Symptoms Suggests Chem-arms." Chemical weapons were also the focus of a recent congressional report.

Yet, according to the University of Pennsylvania’s Dr. George Koell, a chemical warfare specialist for the military during World War II, "None (of the Gulf vets) exhibit symptoms characteristic of either blistering agents like mustard gas or organophosphates — the types of agents that would be primarily in use." The only exception: two vets contaminated while disarming a weapon.

Two new non-congressional reports — by the National Institutes of Health and the Department of Defense — have appeared since I first questioned the syndrome in Investors Business Daily nine months ago ("Is the Gulf War Syndrome Real?"). Neither report could provide any substantiation of any causal theory. 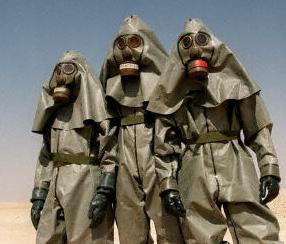 American troops in the Gulf War were the best-protected troops of any war in history.

But the lack of scientific evidence isn’t stopping Congress — especially Sens. Jay Rockefeller, D-WV, and Don Riegle, D-MI — from holding hearings and issuing reports to justify doling out new benefits at a cost of "at least $45 million (per year) but very likely much higher," according to Secretary of Veterans Affairs Jesse Brown.

Lost in the rush to find new victims is the notion that everyone occasionally gets sick.

According to Dr. Edward Young, chief of staff at the Houston Veterans Administration Medical Center, one of the country’s three referral centers for persons claiming to suffer from Gulf War Syndrome, "We’re talking about people who have multiple complaints. And if you go out on the street in any city in this country, you’ll find people who have exactly the same things, and they’ve never been to the Gulf."

Comments like that prompted the VA to yank Young off the Gulf War veterans project.

Yet Young is hardly alone in his observations. Three different studies have compared Gulf vets’ illnesses or wives’ miscarriages to those of non-Gulf vets. None found any differences, save that the vets have a higher rate of stress-related problems. As one report put it, "Problems and symptoms like those found here would be expected to occur through the Reserve forces which deployed."

Indeed, the only "clusters" of disease found are that reservists have shown much higher rates of illness than their active-duty counterparts — even though these troops were often mixed — and that Americans are far more likely to have complaints that other nations’ troops.

Some of this stress is doubtless due to the fact that many were yanked from their civilian lives and thrust into hostile conditions. But surely much of it now is the result of vets being convinced that they should be ill.

"If you keep telling people they should be sick, of course they believe it," says Dr. Dimitrios Trichopoulos, head of epidemiology at the Harvard School of Public Health. In the absence of such media hype and congressionally generated coaxing, soldiers from other countries aren’t voicing similar complaints.

If Congress and the media really want to find the cause of this mysterious illness, they should start by looking in a mirror.