They’re mad as hell and they’re not going to take it anymore.

For almost seven years environmentalists have had to put up with people (like me) crying, "Remember Alar!" as shorthand for bogus science and health scares. But now, they’re striking back.

For those who don’t recall, the Alar scare began in February 1989 when reporter Ed Bradley began a 60 Minutes segment by calling Alar "the most potent cancer-causing agent in our food supply." Alar, manufactured by Uniroyal Chemical Co., was sprayed on apples to keep them on trees longer so that fewer would fall to the ground and rot before they could be picked.

It was this substance that the Natural Resources Defense Council (NRDC) decided to scapegoat to illustrate the horrors of man-made chemicals. The 60 Minutes segment was part of a campaign by a PR firm the NRDC had hired, called Fenton Communications. The rest of the campaign consisted of helping reporters write scary articles, enlisting the support of actress Meryl Streep, and creating an NRDC front group called Mothers and Others for Pesticide Limits. 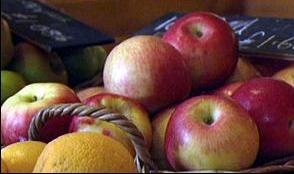 In short order, terrified people were dumping their applesauce into the trash, apple juice down the sink, and swearing off apples entirely for "healthier" foods. (You know, like Hostess Twinkies.) Soon Uniroyal felt it had no choice but to stop selling its product to apple growers, some of whom then went bankrupt.

In the ensuing months, though, articles, monographs, and even whole books by myself and many others revealed that the NRDC-Fention effort was, as I put it, "one of the slickest, most cynical fear campaigns in recent American history." Few people dispute this nowadays, and it drives the environmentalists bonkers.

Thus author and long-time environmental doomsayer Paul Ehrlich, in his new book Betrayal of Science and Reason, calls the Alar debunking a "fable." A recent article in the Columbia Journalism Review (CJR), published at the nation’s most prestigious journalism school, was entitled: "Myths," with the subtitle informing us "The Alar ’Scare’ Was Real."

Their evidence, however, is embarrasingly flimsy and often downright false. For one, while they point out correctly that the EPA banned the chemical, they give this a lot more weight than it deserves. Because of the bad publicity, Uniroyal voluntarily withdrew the product for use on food crops. At this point a ban became moot and EPA proceeded with no opposition. Further, to this day Alar continues to be used on plants which don’t produce food.

Any other evidence? Well, Negin makes much of the fact that Washington State apple growers lost their suit against 60 Minutes alleging their products were wrongly disparaged.

In the wake of the decision in the O.J. Simpson criminal trial, such utter confidence in the court system is truly touching. But in any case, the courts didn’t rule that Alar is carcinogenic or evil or anything like that. They simply said the apple growers had failed to meet the extremely high standards needed to win a suit against a media outlet.

Finally, both Negin and Ehrlich and other revisionists remind us that both the EPA and the International Agency for Research on Cancer had labeled Alar "a probable human carcinogen." Neither writer points out that the studies these agencies had relied upon to make this classification later proved to have been terribly sloppy. That’s why the EPA had commissioned several new ones.

But the NRDC, rather than await the outcome, decided to launch its scare campaign instead.

Neither writer points out — nor do any other environmentalists — that all the evidence against Alar was always based on the findings of tumors in mice, while the same doses of chemical caused no tumors in rats. The EPA had simply arbitrarily decided that mice in this case were a better surrogate for humans. Had the rats developed the tumors and not the mice, they could well have decided that rats were the better surrogates.

All of this is explained in detail in my book Science Under Siege. Ehrlich, for one, quotes from that book repeatedly, in an attempt to refute it. But rather than meet its arguments head on, he simply ignores them.

This, alas, is all too typical of environmentalists. Evidence that challenges their world view is inadmissable to them. All that matters is that their myths live on forever. Alar-as-deadly-poison was a myth in the making that was cut off at the knees — and deservedly so.