I don’t mean to scare anyone, but it has recently come to my attention that Michael Landon, Lee Remick, Lyle Alzado, and Audrey Hepburn all used regular, noncellular phones frequently prior to their deaths of cancer.

And it gets worse. It seems that close to 100 percent of all American adults who have died of cancer in the last several decades have regularly used telephones. Moreover, countries with significantly lower numbers of phones per capita also have significantly fewer cases of cancer. Indeed, U.S. per-capita cancers are much higher now than they were 100 years ago, when telephones were rare.

Yes, I jest — though all of the data I just presented are true — and yes, I needed to point out quickly that I was jesting. For the "C-word" throws moderns into such a tizzy that they have great difficulty thinking straight. Witness the havoc wrought when one non-doctor, nonscientist, David Reynard, appeared on Larry King Live and announced that his wife used a cellular phone, his wife contracted and died of cancer, and therefore the phone caused her cancer.

How much different are we from our ancestors who blamed their ills on black cats who crossed their paths? Back then, unexplained ills were blamed on witchcraft; today the blame goes to technology. But the similarities are myriad, including the fear of the unknown or the little understood and the psychological need to blame someone or something else for one’s misfortunes.

Consider the situation covered heavily in the New York press in which Long Island women have formed an activist group after discovering that their incidence of breast cancer is slightly above that of the country as a whole. Epidemiologists have explained to them that cancers don’t evenly distribute themselves everywhere and that women on Long Island have factors that predispose them to a higher risk. A vociferous group of women on the island doesn’t want to hear such explanations.

Their chairwoman said researchers should turn their attention to the environment — be it power lines, herbicides, or anything else man-made — because women are tired of being told it is "because of their educational background a marker for the risk factor of having children later in life or not at all, their high socio-economic status, their ethnic background, and their age that they are prone to this illness."

Or consider the Massachusetts couple who initially decided that their child’s cancer must have been from herbicides sprayed on their lawn but later decided that, no, it was actually the power lines strung overhead. Consider David Reynard blaming a cellular-phone company for his wife’s brain cancer, even though brain cancers, like other tumors, take many years to develop and his wife showed symptoms within months of beginning to use the phone. Bring me the head of Commonwealth Edison! Or Dow Chemical! Or NEC or Motorola! But bring me somebody’s head on a platter!

Superstition and technophobia both have something of a religious element. Technophobia’s religion is that natural is good and synthetic is bad. Take the Alar scare, launched three years ago by the Natural Resources Defense Council (NRDC), with a nice boost from 60 Minutes and actress Meryl Streep. The evidence against this apple-growth regulator was that it may have been responsible for causing tumors in one species of laboratory animal given 288,000 times what a human would normally ingest. By that same standard, half the synthetic chemicals tested and, yes, half the natural chemicals tested have also proven carcinogenic. Giving them all the Alar treatment would make us starve to death long before we had a chance to develop tumors from cellular phones.

Yet with the die-hard technophobes, even this knowledge will not sway them from their religion. On a Donahue show concerning chemicals in food, after one of the guests pointed out all the animal carcinogens that are present in natural foods, one audience member stood up and said,
"I would rather take a chance on eating natural food, even though it has cancer in it, than you putting chemicals in my food to give me cancer."

Perhaps the greatest irony of this mania is that technology truly is the cause for the great increase we’ve seen in cancer in the last half of this century — but not in the sense that so many have been led to believe. It is technology that has allowed Americans and those living in other industrialized countries to live long enough for heart disease and cancer to become the big killers. You don’t find too many Somalis worrying about these diseases. "May you die of cancer" would probably be taken as a blessing in that country. UCLA epidemiologist James Enstrom has calculated that if mortality rates from 1940 were applied to 1988,4 million Americans would have died that year. Instead, only 2.2 million did. Naturally, a greater percentage of these 1988 deaths were from the diseases associated with old age.

Technology has made us safer both directly and indirectly. Synthetic pesticides assure us a plentiful and cheap supply of fresh fruits and vegetables; power lines give us light and warmth that formerly were provided by such terribly dangerous and polluting substances as kerosene and coal, and they give us coolness that was simply unavailable; cellular phones are regularly used to transmit emergency information concerning traffic accidents and crimes; automobiles have rid us of streets paved with pony poo and the terrible diseases that accompanied it; food irradiation could have prevented the recent outbreak of bacteria from fast-food hamburgers that has killed three children and made hundreds of persons ill, but the irradiation technophobes have managed to keep it practically nonexistent in the United States.

Further, by replacing brute force with electronics and machinery, technology has made us more efficient and tremendously increased our productivity. Ask most any writer where he would be without his word processor — a device not incidentally blamed for cancer, miscarriages, and cataracts despite the utter lack of evidence. A more productive society is a wealthier and hence healthier society. More money means catalytic convertors, smokestack scrubbers, air bags, treated sewage, more food, better health care, and so on. 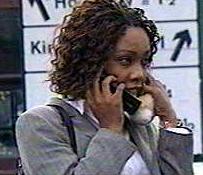 Technophobia is by no means new. The 1950s were filled with monster movies about science run amok and creating giant women, ants, spiders, lizards, praying mantises, and the like. Some of us recall the fluoride hysteria that began about half a century ago when towns began fluoridating their water supply. In one such town, the local health office received citizen complaints that fluoridated water was discoloring their saucepans, that it was giving them digestive troubles. One woman complained that the "fluoride water" had caused her dentures to crack. All of these complaints came in before the city actually began to fluoridate.

The difference between then and now is that back then, if you wanted to spread the word that fluoride was a communist plot, you were generally relegated to insignificant, small-circulation journals. Now when you blame technology for making the sky fall you can get your mug on CNN’s Larry King Live, ABC’s 20/20(which did its own cellular-phone scare), or CBS’s 60 Minutes (which launched the Alar scare). And we all know about NBC and its cute trick with the rockets and the G.M. pickup.

ABC, to its credit, did do a Nightline segment on technophobia following the cellular phone scare, but when it comes to fear of technology, the media clearly have taken the advice of Johnny Mercer’s song: "You’ve got to accentuate the positive; eliminate the negative; latch onto the affirmative...."

After Swedish researchers released the results of their study last year that seemed to show a positive correlation between childhood leukemia and power lines, the news appeared in over 80 references on the Nexis system. Two different British studies, from the year before and the year before that, both of which showed negative correlations, made zero references on Nexis. Consider also that the British studies were both presented in a prestigious peer-reviewed medical journal, while the Swedish study has never appeared in any medical journal and was never even translated into English.

Likewise, a Nexis search a few weeks after Reynard’s accusation revealed that an experiment at the Medical College of Virginia in which microwave frequencies appeared to stimulate the growth of human cancer cells in a petri dish outnumbered by more than five to one references to an experiment at Veterans Affairs Medical Center in Loma Linda, California, in which they did not. This though the Virginia study looked at frequencies above and below that used by cellular phones and the California one looked at exactly that used by such phones.

With the media and the environmental groups lined up on one side of the issue and the folks on the other side — the manufacturers — having a clear pecuniary interest, it’s not hard to see why technophobia is becoming a national mania.

Having mentioned the fluoride hysteria, it bears noting that the next wave of environmental technophobia may well be chlorine in water. Despite its tremendous disease-fighting properties, chlorine is nonetheless something that does not occur naturally in water. Moreover, chemically it is a distant cousin (very distant) of dioxin, which was the subject of earlier scares itself, based primarily on its harm to guinea pigs. Nevertheless, dioxin studies on other lab animals found no effects at any dose, and repeated studies of dioxin on human beings, even at massive doses, have failed to reveal a carcinogenic affect.

But then, isn’t making the world safe for guinea pigs what it’s all about?