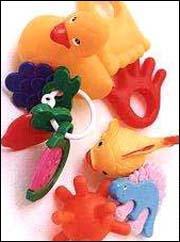 Several environmental groups, most notably Greenpeace USA and the National Environmental Trust (NET), are wrapping up a brilliant campaign. It forced almost all makers and sellers of toys and teething rings containing plastic softeners called "phthalates" to declare they would no longer use the chemical.

Yet now they’re acting defensive. Perhaps they’re afraid phthalates will become to be seen as another "Alar," a chemical (used on apples) that’s come to stand for perfectly good products banished not on the basis of science but of scare tactics.

In a February 1 release, the NET claims "Parents, Toymakers, Consumer and Environmental Advocates, Governments and CPSC the Consumer Product Safety Commission All Agree." They agree, it’s explained, that children’s products with phthalates were possible human carcinogens and had to be removed from the market.

As far as their support from environmental advocates goes, they’re probably right. But on every other point they’re wrong.

What of parents? Nobody speaks for them as a group, including the NET. But naturally no loving parent wants harm to befall his or her child, and few parents are toxicologists. They are at the mercy of the media — and those who succeed in manipulating it. "Despite a record of 50 years of safe use," wrote former CPSC Commissioner Carol Dawson, "the media blitz by environmental groups is frightening some parents."

How about toymakers? In withdrawing their products, they repeatedly stated they believed they were safe. "Based on the information we’ve received from a scientific angle," said Terri Bartlett of the Toy Manufacturers of America, "it appears there is absolutely no danger."

The makers and sellers acted as they did in order to alleviate parents’ fabricated fears and to avoid nightmarish PR during the biggest selling season of the year.

Consumer Advocates? Nobody fought the scare campaign harder than the consumer advocacy group Consumer Alert, whose Executive Director Francis Smith declared, "there is no evidence to show that phthalates in plastic toys cause any problems." The advocates the NET refers to are the usual "ban now, ask questions later ones" such as Consumers Union.

Governments? NET’s business wire release refers to seven. That leaves about 200 national governments — including that of the United States that have not taken action against phthalates. The European Union (EU) specifically rejected an effort by the EU consumer affairs commissioner to impose an official ban on toys containing the chemical.

The countries that have taken action — which may not include a complete ban are not coincidentally those where Greenpeace has the most influence.

That leaves the CPSC. If it really agrees with the NET position, why did it expressly reject the group’s petition to ban phthalate-containing toys, concluding "few if any children are at risk from the chemical because the amount that they ingest does not reach a level that would be harmful"?

The CPSC did call for a voluntary withdrawal of certain products — many of which had already been yanked under pressure — in order to try to show fairness to both sides.

Yes, it’s Alar all over again. And the NET is terrified the public will catch on.